I ran across this website a few months ago - it's sort of a French Thingiverse. Pretty nice site overall, and it contains some rocketry models, in particular, several scale models by a contributor named THEAMPHIOXUS.

They aren't flying models, and would probably be difficult to convert, but they are good-looking nonetheless. He's currently got a Mercury-Redstone, Atlas-Agena, Mercury-Atlas, Gemini-Titan, Apollo-Saturn 1b ($20), Apollo-Saturn V ($6 each for four parts), and a Soyuz FG ($15). They all use the method of splitting the prints by color, so if you have the right color filaments, no painting is necessary. They all appear to be engineered quite nicely, and all are in 1/60 scale.

I've looked at the Mercury-Redstone closely, and found the following: 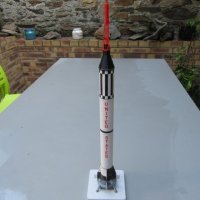 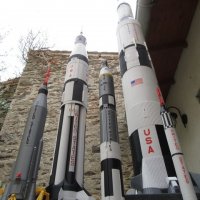 Since the Redstone is free, I've taken the liberty of putting the Mercury-Redstone, with translated filenames and instructions in my dropbox folder here. Google translation only, so don't expect much.

Wow, those look really nice. May have to try the Redstone, I like that fact that the parts are done by color. Just printing the capsule and recovery tower would be a good test of the printer and a nice desk ornament.

Thanks for sharing those,

Thank you for sharing!

The same author has added a 1/60 Space Shuttle to his collection. That scale matches all of his earlier models, and this also appears to continue the method of splitting the print by colors so no painting is required (just a collection of the right color filament reels). The shuttle is in three parts, with a total download cost of about $28. 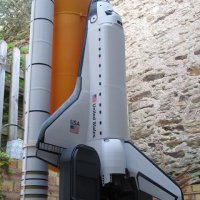 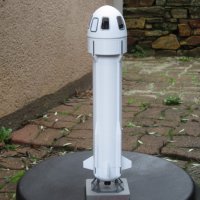 Gosh, looking back, I see I'm remiss in posting about several other recent models by THEAMPHIOXUS. 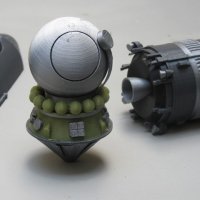 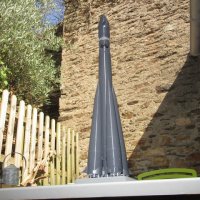 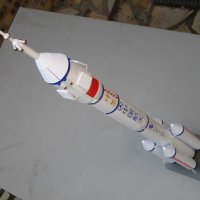 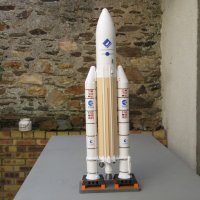 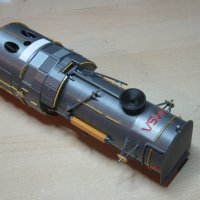 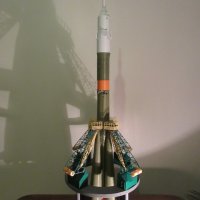 Time to mention this site again. This particular designer, THEAMPHIOXUS, has a very complete series of space vehicles, and now has added a SpaceX Starship SN11. Most of his designs aren't free (some are) but the prices are very reasonable. Nice feature is that all models are in a consistent 1/60 scale. They also have very nice assembly instructions, and the models are about as detailed as you can get for an FDM print. 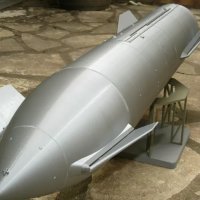 This guy has a few nice models on Cults3D too. 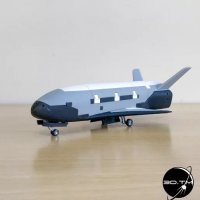