Finally done! I say this because the nose cone was painted red and the engine mount glued into the body tube back in 1988!
Then a couple of years ago I glued the fins to the body tube and gave the Alpha some color.
Today I applied the decals 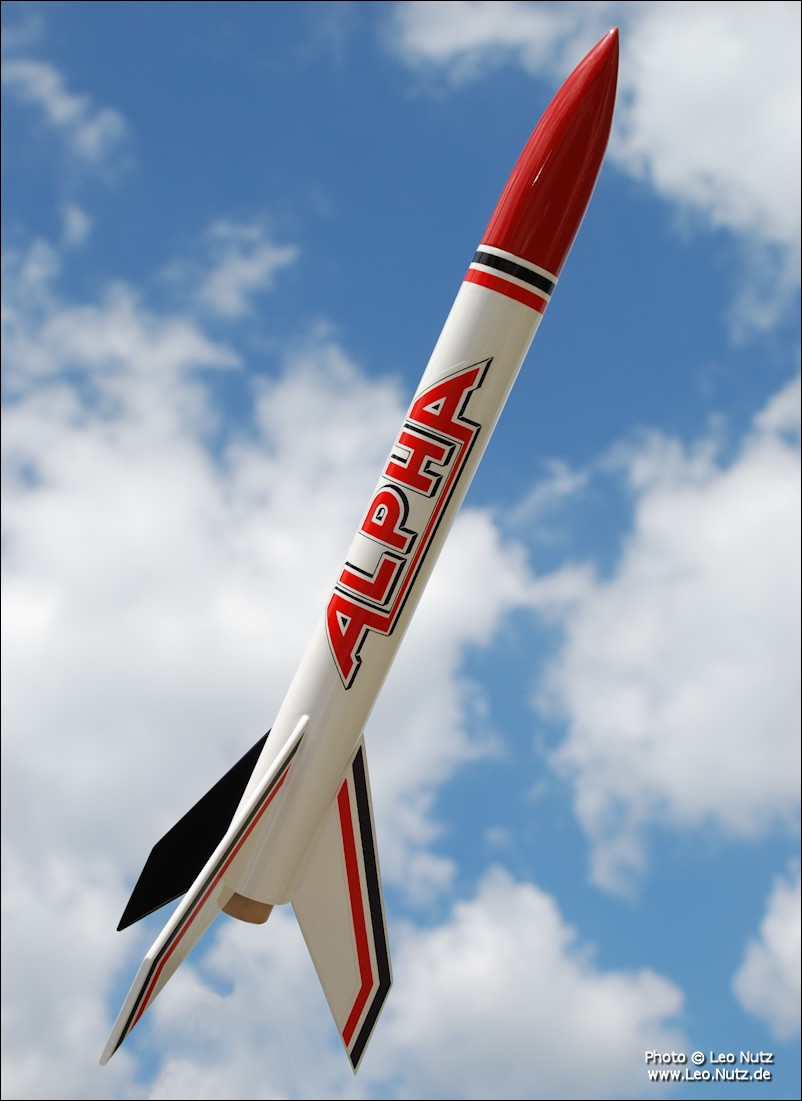 Next an Estes Mongoose that was sold between 1994 - 2005 in it's first yellow / pink incarnation.

It was built for display only but is flight ready: 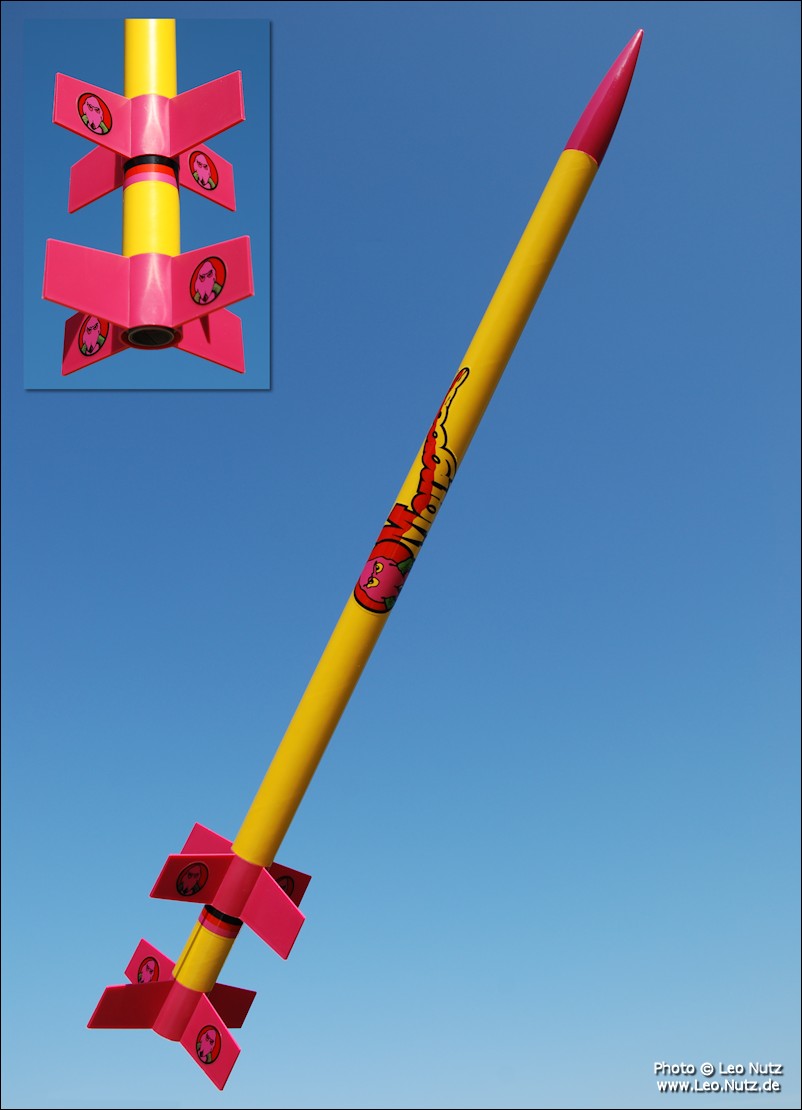 A rare kit, the Canaroc FK-3 that finally got completed. The nose cone got it's red paint back in 1988!
The rest of the paint was applied in 2015 and this year. 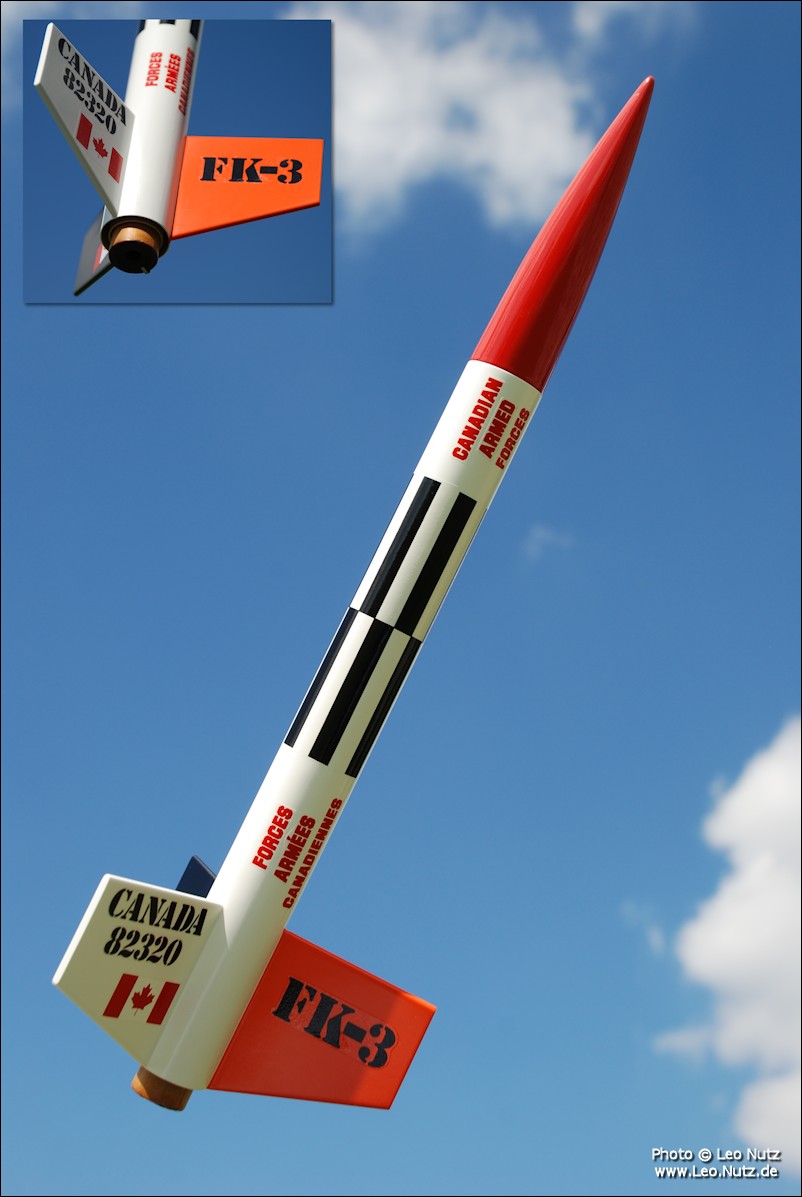 Here the engine with an interesting and sticky end: 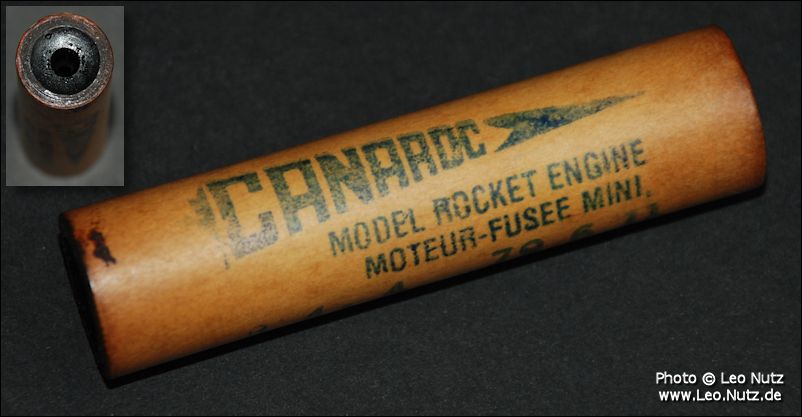 NICE!!!! I love the old red and black decals on the Alpha!

Thanks K. I'm completely with you on the Alpha.

Down these mean skies, a kat must fly!