My second contraption is the Red-21, which was inspired by the Mig-21. I built it with a tube-in-a-tube concept, similiar to the old Estes RamJet.

It flew great many times, but I had issues with the join of the tubes and the inlet strakes. Basically these were shims of balsa, 3x 1/8" in the fore and aft sections of the tube. All of it was secured with carpenters glue and flew on 18mm power. After while, I had problems with the shims splitting along the grain and the tubes separating at ejection. When it flew well, it boosted arrow straight, even in moderate winds.

The photos aren't gorgeous and the finish isn't up to usual standards, but it gives you an idea of the design concept. 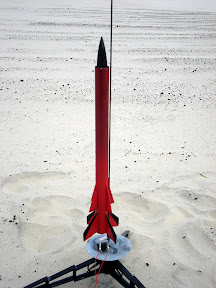 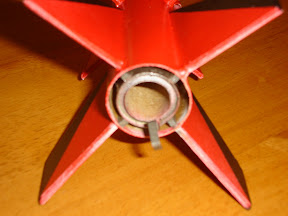 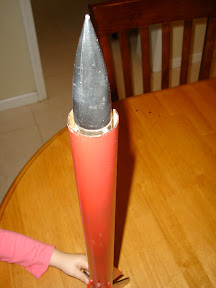 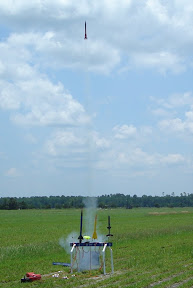 After her last flight in Bunnell, I decided to scavenge the inner tube and revitalize the shell with a new nose and paint. Now she's the "Starburst" and will fly on 24mm. 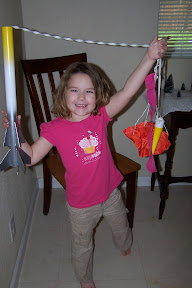