My recently completed Wildman Warrior Jr. The rocket carriers a memorial theme (contains the names of each Maryland NG Soldier and airman killed in the Global War on Terror) and will also play a role in a fundraiser this fall to pull together a donation to Homes for our Troops. Paint is Rustoleum Camo and the vinyl is from Mark from Stickershock. 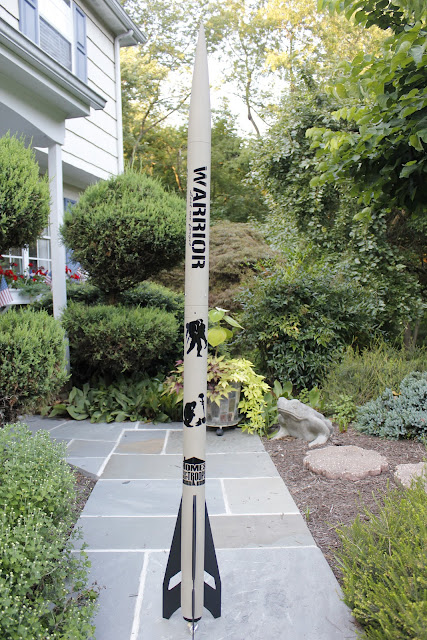 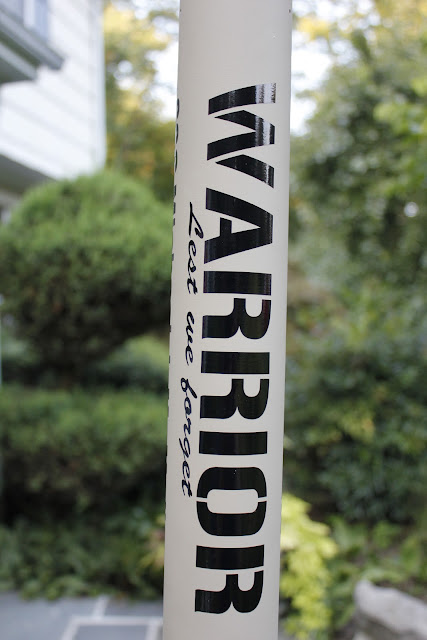 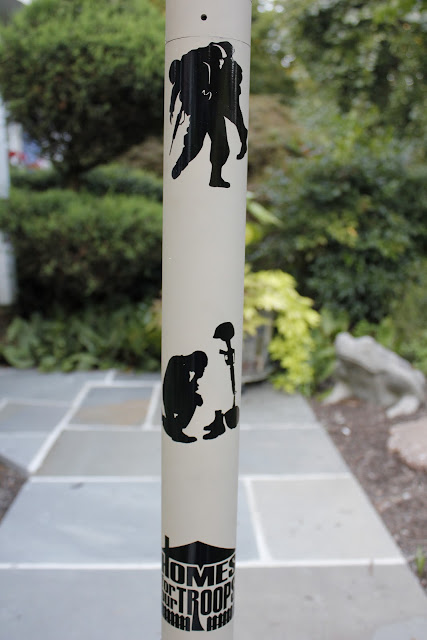 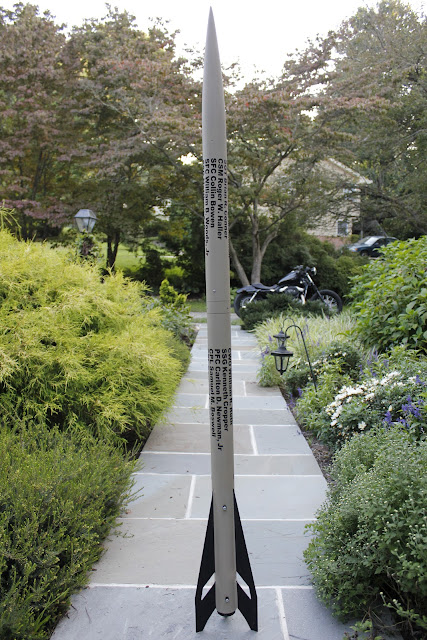 Welcome to the Wildman Warrior Jr Gallery on TRF.

This gallery showcases the Wildman Warrior Jr and those rockets derived from it. Particularly appropriate in this thread are the following:


If you have any additional information on this rocket and/or catalog photos please let us know.
Last edited: Aug 23, 2012

I really like the theme you adopted on your rocket!!!!

I did some checking and something puzzles me. The name "Warrior Jr." sort of implies that there is a "Warrior" or a "Warrior Sr." but I found no record of such at Wildman.

True, when I first discovered the kit I thought the same. My best guess is that Tim has denoted it a Junior due to sharing the 38mm motor / 54mm body and same dual deploy setup with the rest of the Jr line.

Here is my Warrior for the cause:

JAL3 said:
I did some checking and something puzzles me. The name "Warrior Jr." sort of implies that there is a "Warrior" or a "Warrior Sr." but I found no record of such at Wildman.
Click to expand...

Ya it can be very confusing, let me shed some light:

Then came a 4in version called the DS single deploy and the DS dual deploy.

The 4in DS dual deploy was constantly getting confused with the DS ''original" because the were both DarkStars and DD, but mostly due to the original being sold for a long time before any others came along. So when ya said DarkStar, people familiar with DarkStar, new it meant 54mm airframe and new guys thought it meant the 4in version with a 54mm motor tube. This caused much confusion.

SO to avoid further confusion with Wildman kits the following designations are now used.

"Standard/Economy "just the name such as DarkStar 4 Dual Deploy denotes a 4in. "bare bones" kit. Just tubes, coupler, cr's,nc's....just the glass parts & a 54mm motor mount. No vent band and shorter fincan.Usually a molded NC or one with resin tip Fins & slots are 1/8in.

"Extreme "such as DarkStar 4in. Extreme or Xtreme denotes the "Cadillac" version of a kit. Long fincan so any length motor will easily fit. 75mm motor mount. Vent band, NC with metal tip. longer payload, spiral wound nose cone,Kevlar Y-harness for recovery, and all the hardware [eyebolts, threaded rod, washers,rivets,shearpins, quicklinks etc.] & shock cord. All ya need to complete is rail buttons and a chute. Fins & slots are 3/16in.

"Ultimate"designates the 6in. version of a kit.

Yes there is/will be Exteme Warriors or ShapeShifters or any other kit that now has the JR. tag as well as Ultimate if the demand warrants it.

If someone wants a larger version of any JR kit. All they have to do is ask & it can be made into an Extreme or Ultimate. In fact many have done so already. Wildman just has so many kits now, it's hard to keep up with all of it and many are not on the site yet.