What are you listening to?

I thought so too!

I am not a religious person, and I'm not "into" hound hunting, but Tyler's newest album is so dang good I'm considering both. Yep. 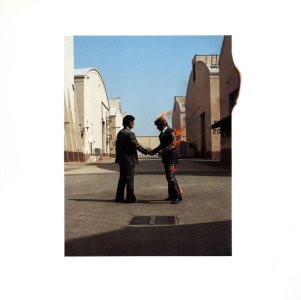 Reaching wayyyyy back into my very early days....

cautery said:
Reaching wayyyyy back into my very early days....

I've got it. My Dad bought it when it first came out and I still have it. It's a bit worse for wear, but I still have it in the original cover. Inside sleeve is gone and replaced with a MoFi rice sleeve and it's now in a MoFi poly protective sleeve.

cautery said:
Reaching wayyyyy back into my very early days....

instead of practicing trumpet, I spent more time trying to imagine having the shaving cream removed. She was pregnant at that time also. Herb Alpert is a smart man.

Drummer is a Mad Man

In about 15 minutes one of my favourite symphonies: Stihl Chainsaw melody in Tree Parts.

This one was released last year and will always have a spot on my holiday playlist. Enjoy the power metal history lesson. (Yes is a repeat on this thread)

Just the one for today.

Not at this moment, but yesterday evening...

Music to change wheel bearings to.

I mean that in a good way.

I experience music autobiographically.
I am time traveling tonight.
This song is particularly special to me.

1977 - This song had just hit the jukebox at "The Corner", sometimes called "Junior's" as that was the name of the utterly cool dude who both owned and ran the joint (aka: Ice House). This was on McCarty Drive in Houston, Texas, which even back then was both industrial AND a sketchy place to be.... They called it the "rough part of town" 45 years ago.

How do I know about a place like this.... at 14?
Well, Momma was an accountant for a giant oil company (which will remain nameless) on McCarty Dr. Occasionally, if I was with her during the week, she'd let me hang out at "The Corner" under Junior's watchful eye while she went to work. She'd come in after work with friends as she/they all often did and have a beer or two.... before going home.... Yeah, I know.... what can I say. 45 years ago and something about fools and little children....

Anyway, I heard this song the first time when "Paula", a relative of Junior's, pushed A-1-2, and it started. Happens that that was also the first time I'd ever heard or seen Paula, too.

She actually looked (a lot, IMO) like Stevie... Needless to say, I became "somewhat" enamored with her. Also REALLY improved my 8-ball game that year too. HELLUVA Summer!

Wherever you are Paula, I hope you were/are happy, and had/have had a killer life!
Alright.... I'll spare y'all the rest of my trip.... the Eagles just came on, and ain't nun-a-y'all wanna hear that story!

Sold The beginning of the End
2 3

Death by PowerPoint: the slides that killed seven people