What a great Saturday! The URRG crew is second to none and run a great, relaxed launch. The weather was beautiful.

I managed to put up a pair of flights using my Plainer Jane propellant. Because the weather was so nice, I finally got the chance to put up my 3.72" Proteus (named Booze Cruise because I intend to decorate the payload with stickers from my favorite breweries) on a 76-2G K633 that had been prepped since last month. The rocket is made out of some off-sized FWFG tubing that I got a pile of a few years ago. I sold off a lot of it but really enjoy the rockets that I have in my fleet that are made out of it. The fins are 1/8" carbon plate and the nosecone is a chopped down 4" plastic nosecone that sits on a tapered coupler. The nosecone has a 54mm payload tube for electronics and housed a RDF tracker for this flight. An AIM Xtra 2.0 is in the coupler for deployment and tracking.

The boost was nice and smooth with very little rotation thanks to the slots cut on a milling machine. The motor burned for 3.79s and the rocket reached an apogee of 8,888' at a max velocity of 933 ft/s (636 mph).

Here are some pics thanks to Dave McCann.

Rocket on the pad: 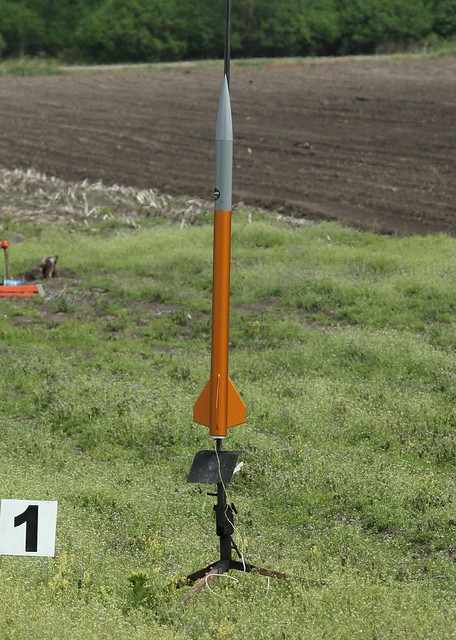 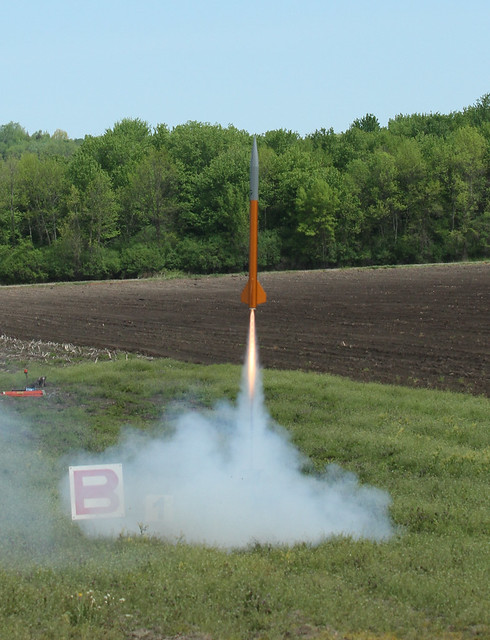 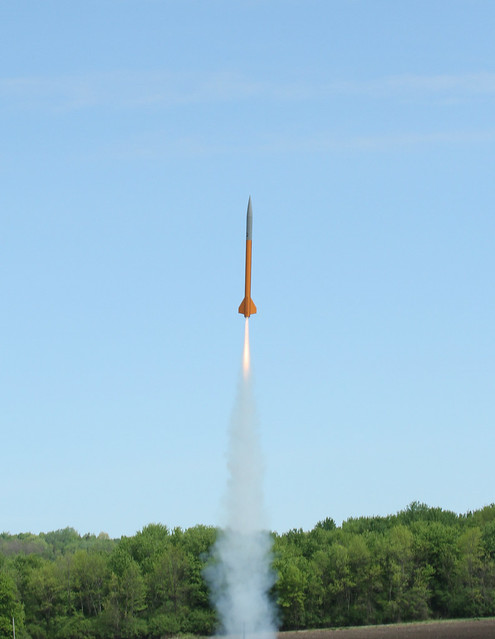 I was tracking the flight via the AIM Xtra telemetry and became aware that the main was deployed at apogee. The rocket descended very slowly from apogee but did not seem to be drifting too far. After a few minutes we had a visual on the rocket and it landed within the field! We saw the main charge go off which confirms that everything was wired correctly but the apogee charge may have been too big. Got lucky this time. 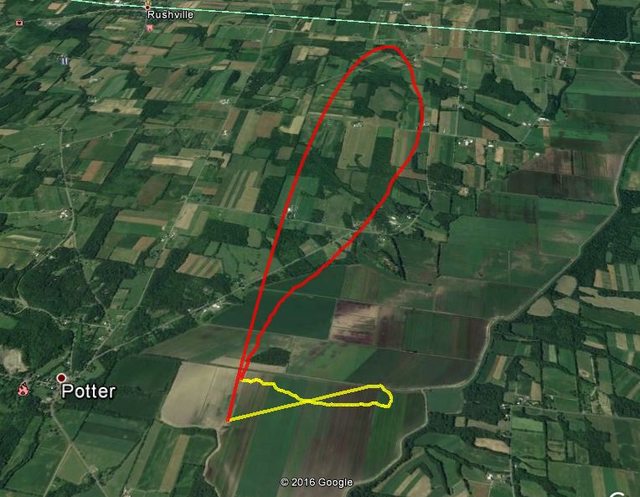 And the thrust curve...showing the nice smooth burn with one little blip in there around 2.4s: 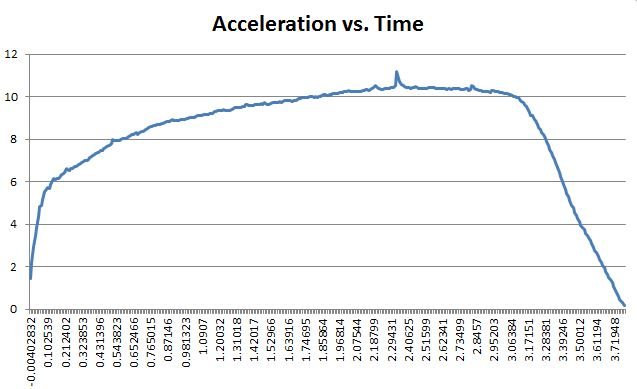 Great flight despite the apogee deployment!

My second flight was a little smaller...my 38mm Old School Cool. This rocket is VERY simple and consists of 3' of Hawk Mountain 38mm FG tubing, an ACME fin can, an AeroPack retainer, and a 3D printed nosecone that houses a Raven with the Simple Circuit (see my signature for the link). The nose also has an RDF transmitter. 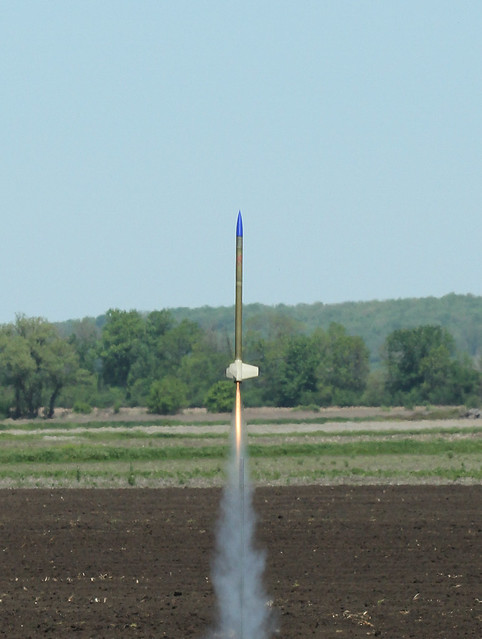 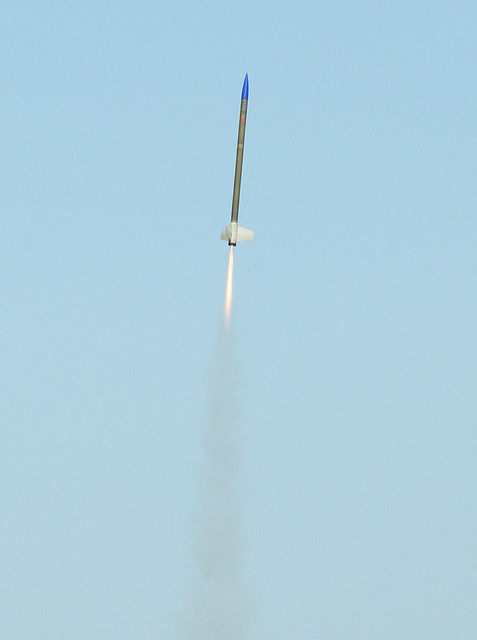