Though I am what might be termed non-committal as to how much validity is assigned to the UFO field it is interesting and entertaining. And I remain ambivalent about its validity even while writing my own sci-fi/fantasy stories.
Bought this last week out of curiosity. Though it must be admitted that since Dad retired a USN Commander the uniform got my attention, and, yes, the gal did too The what I guess are dress whites is same uniform Dad wore in wedding way back in the early 60s and I gotta say he looked quite studly in it.

Premise of book is there has been a secret alien inspired and assisted Navy space program since the 1950s. Also claimed is that a couple alien races have infiltrated the defense industry and the military from the same period.
What interests me the most is claims that Star Trek TOS, and Battlestar Galactica, apparently both versions, were influenced by leaked bits traceable back to a few Admirals as part of gradual disclosure. The tracng back being mostly that this person was in the same place as this person at that time, or they worked in the same division, that kind of stuff. And, the Navy's secret space program is said to currently have some pretty good sized ships out in the galaxy.
Hmm, really? Okay. Interesting.
(hey, I know what I'll do; next time visiting Mom and Dad I'll show Dad the book and ask if this is true and then when he rejects the idea out of hand of course that is proof it is true, I mean, that's how these things are supposed to work, right!)
Book has some 400+ footnotes: I have not looked in to their validity and likely won't expend the effort. 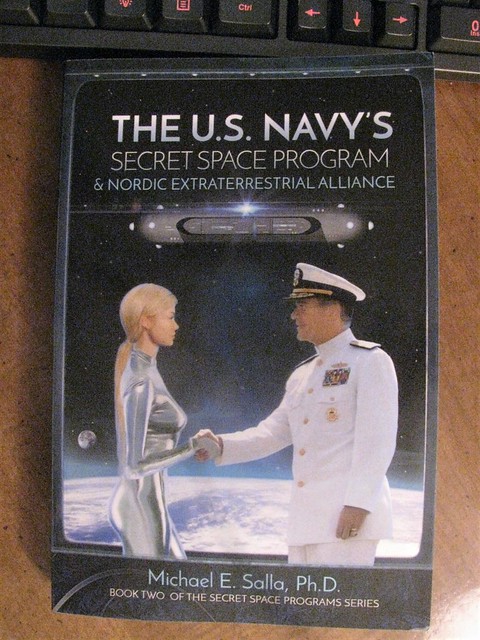 Well, when you can opine about things that cannot be proved about a topic where it is hoped to be true then one can probably gain a following of some sort.

well...I did run across this video the other day... https://youtu.be/bx43FMO8wx4
Rex

Interesting. And I look at these shapes of things and wonder how they account for the need to apply drive force in line with the thing's center of mass.
T

In space no one can hear you fart

Inertial Dampeners inside the Warp Field bubble. Slept through that class [episode] did we?

ps. the warp field uses displacement of space and has no mass therefore no thrust just to be pedantic. :eyeroll:

TheTellurian said:
Slept through that class [episode] did we?
Click to expand...

The information you didn't have, because there is nowhere here that I said, is that a couple health things add up to where I don't, can't, watch TV and movies.

modeltrains said:
(hey, I know what I'll do; next time visiting Mom and Dad I'll show Dad the book and ask if this is true and then when he rejects the idea out of hand of course that is proof it is true, I mean, that's how these things are supposed to work, right!)
Click to expand...