Here is a bunch of data logged from Kevin's minimum-diameter M flight on Sunday at BALLS 2017: 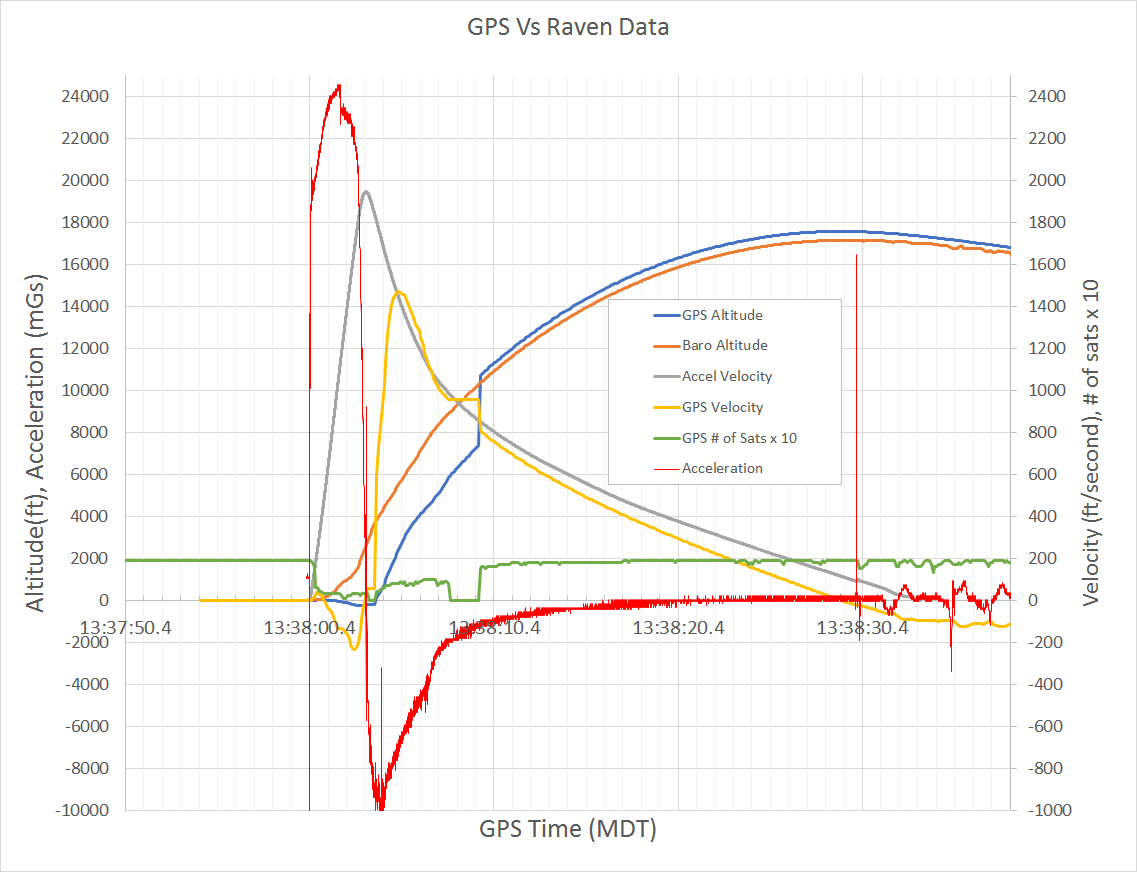 The GPS module was confused for the first 7.5 seconds, declared no fix for another 1.5 seconds, and then came back with full accuracy for the rest of the flight, starting at about 10,000 feet while the rocket was still going up at 800 feet/second. Note that the GPS vertical velocity crosses zero right at apogee, whereas the Raven's accel-based velocity a little high, crossing zero about 4 seconds late. The altitudes match pretty well too, with the differences explained by the use of the standard atmosphere model, which will under-estimate altitude on warm days.

My take-away from this is that I need to start logging and using the GPS solution validity flags that the module puts out. The tracker was reading those during the flight, but I didn't output them to the data logger. I would prefer to throw out that bad data in the initial part of the boost. 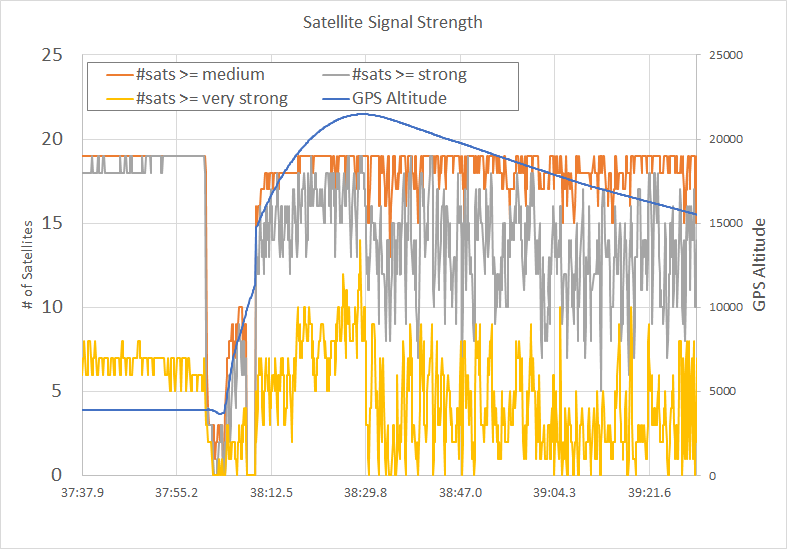 At ignition, the signal quality dropped dramatically for the first few seconds of the flight, and then 0 signal quality is reported for the ~1.5 second portion of no reported fix. But then once the GPS receiver regained lock, it went back to lots of satellites with strong signal performance.

Looks really good, Adrian. Nice to see that it got lock after launch pretty quickly and with such a good solution. It will be interesting to see the data from the 100K'+ flight as well. Sure looks like it's going to be a great product.

manixFan said:
Looks really good, Adrian. Nice to see that it got lock after launch pretty quickly and with such a good solution. It will be interesting to see the data from the 100K'+ flight as well
Click to expand...

Um...yeah...that would be nice to see. I did find part of the tracker board with parts ripped off among the hunk of melted GoPros, but alas, no micro-SD card was found, so no GPS quality information is available from that flight. Future software will include logging of all data that makes it to the ground station.


manixFan said:
Sure looks like it's going to be a great product.

Great results there Adrian. Really shows the advantage of being able to tap into multiple constellations. 19 in solution is fantastic.

Just ordered an M8N gps to play with yesterday.