Trying My Hand At High Performance

I've not been on the forums for a good while, so I figured I would start documenting this build I'm working on. I appreciate any feedback

Over my winter break, I had some spare time to kill, so I thought it would be good fun to have another go at high performance rocketry. Also, I figured it would be good to get some practice with high altitude/velocity flights before even thinking about building some of the larger and faster rockets I have planned for this year. As per usual, I wanted to keep things I have to order online at a minimum - to the scrap bin I went. I ended up finding some FWFG tubing, which I had bought from Rob and Gloria of AMW at LDRS 34. I also had a pair of injection-molded 38mm nosecones, and a one square foot piece of 1/8" G10 fiberglass. Seizing this opportunity, I started throwing some designs together in OpenRocket, and pretty quickly settled on a design which would be able to fly the whole range of CTi 5 grain motors, while staying under the 10K AGL waiver of my home field with smaller motors.

The airframe is nothing special, just 22 inches of thick wall FWFG tubing. I don't have any concerns regarding it's structural integrity or ability to hold up above M2, as many people have flown COTS fiberglass tubes above M3 with no issues. I have already sanded the last few inches of the tube, where the fins will be adhered, and as a result of this, that section of the tube is slightly thinner than the rest. I'm not too concerned about this though, as it's only about a thousandth or two of difference.

The fins were cut out of the 1/8" plate of G10 FG I mentioned earlier. They are currently at my school where I am working on squaring up all the edges on the belt sander and Bridgeport, as well as beveling the leading edges. I have not yet run simulations to determine flutter and divergence velocities, however, I suspect both are well above the velocities we can expect from the motors I'll be putting in this. The fins were also designed specifically to be less vulnerable to flutter, by having no trailing edge overhang, a relatively small span (while retaining stability), and using excessively thick fin stock.

Since the rocket will weigh just over 18 ounces empty, I figure I can go pretty light in the recovery department. Originally, I was considering a large streamer, as it would be very space efficient, and require only one deployment event to have it recover as intended. However, I'm uncertain that it would give me a safe descent rate, so I might try to fit a Top Flight thin-mil chute with a cable cutter in this rocket. Deployment will be handled by either a Stratologger SL100 or Eggtimer Quark. I'm much more experienced with the Stratologger, so I'm leaning towards that. I plan on using a ComSpec RDF transmitter for tracking.

Here are all the parts I have so far, laid out. 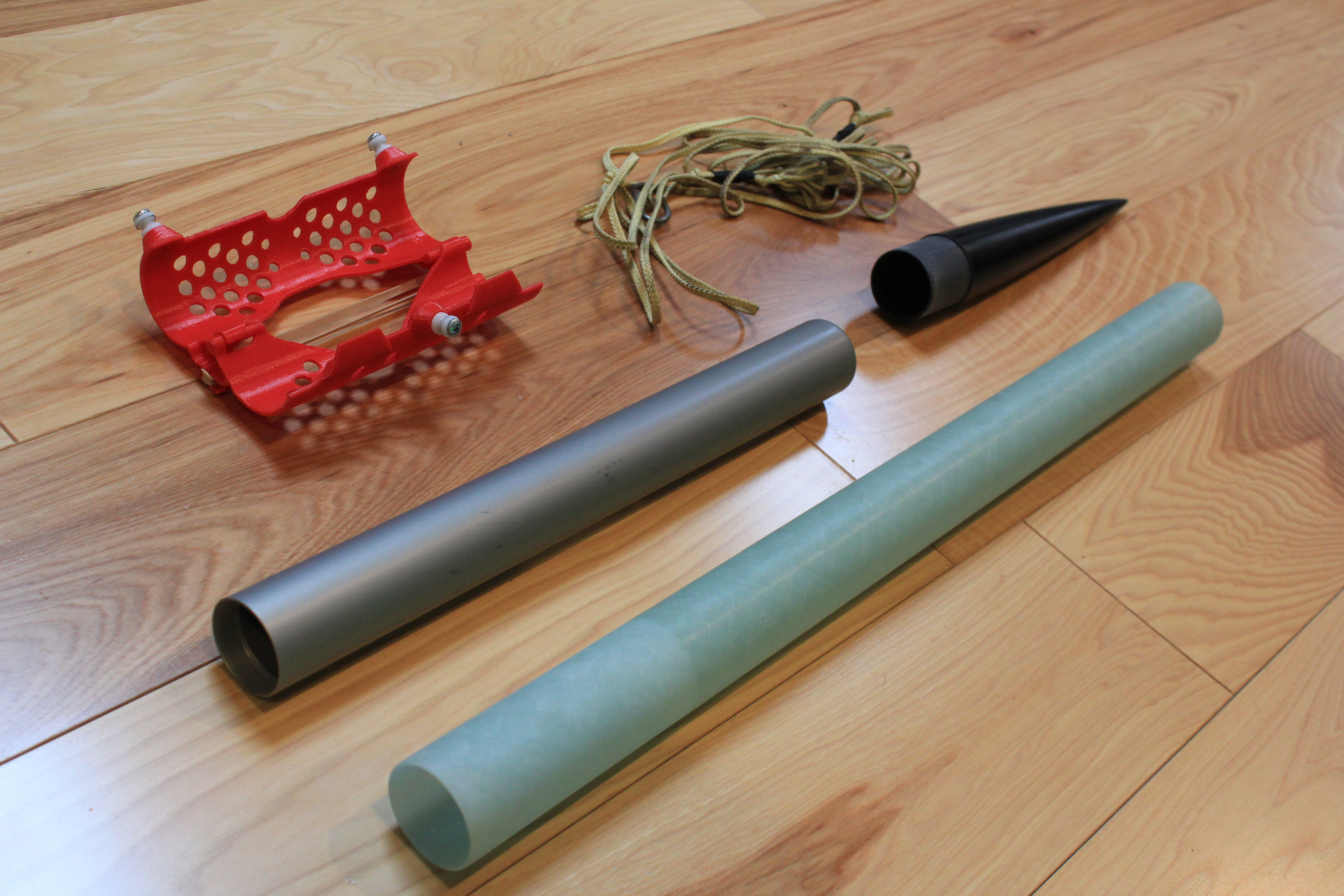 Since the nosecone is designed for thin wall tubes, I had to do a bit of sanding to get the shoulder to fit in the airframe tube properly. 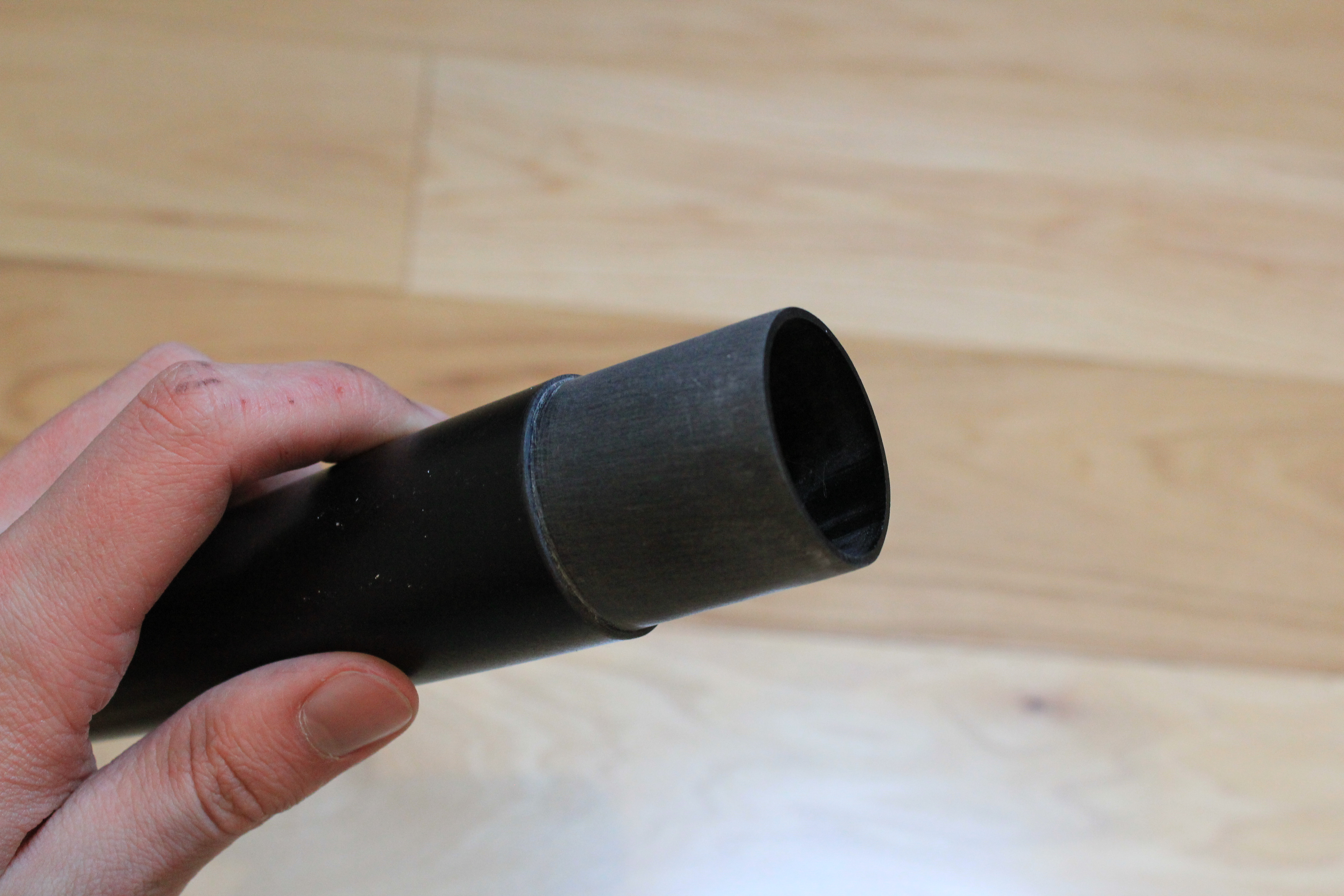 I sanded the end of the tube which the fins will be mounted on with 120 and 80 grit sandpaper. This did make it ever so thinner than the rest of the tube, but only by about 1-2 thousandths of an inch. 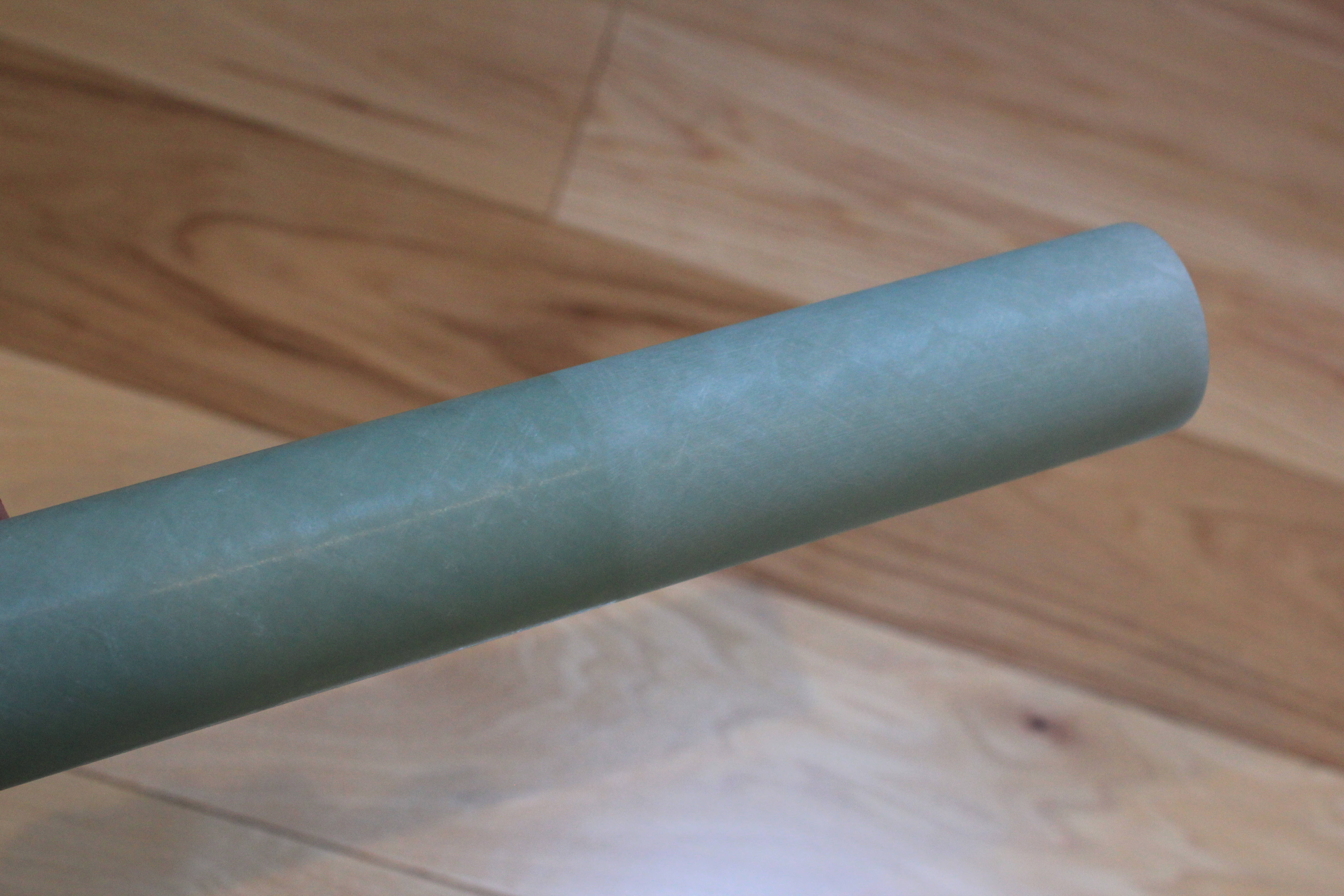 Not many people at my field fly high performance projects, I don't know anyone who could let me use their tower, so I figured I could use some of wfcook's awesome fly-away rail guides. I've used these on other high-G flights, as have many others, so I don't foresee it having any issues. 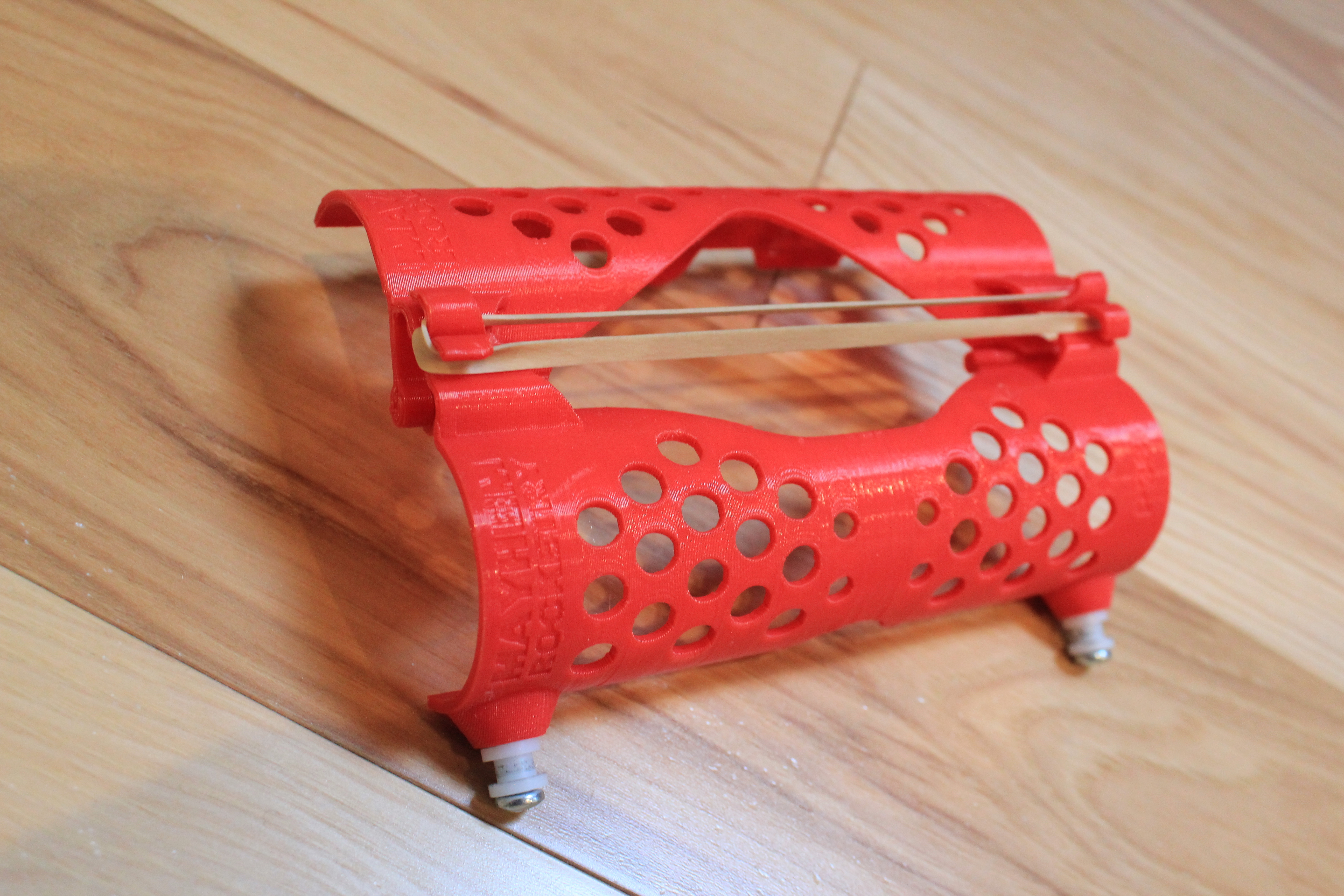 The epoxy I'll be using for this project is Loctite EA E-120HP, which I've heard nothing but good things about. 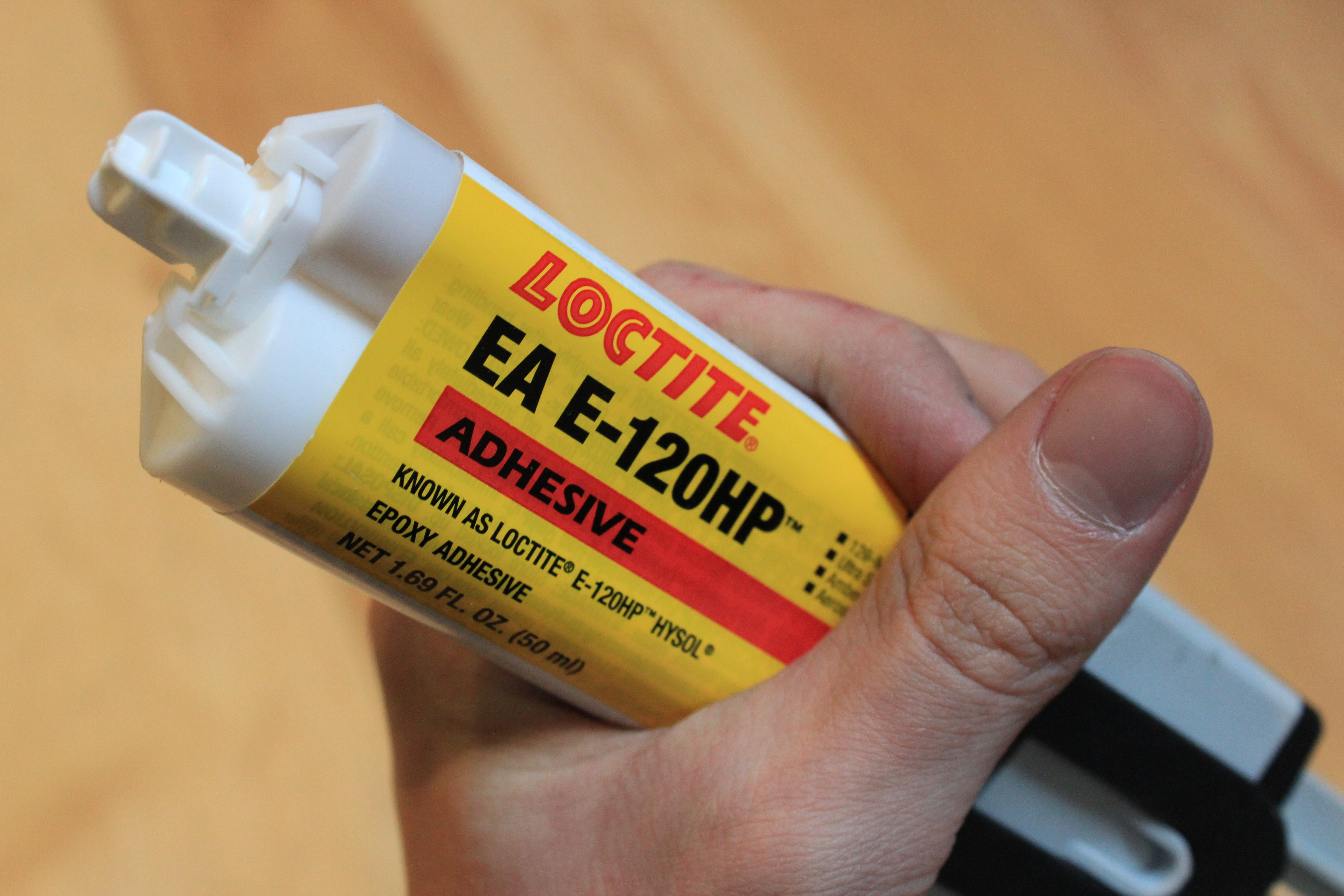 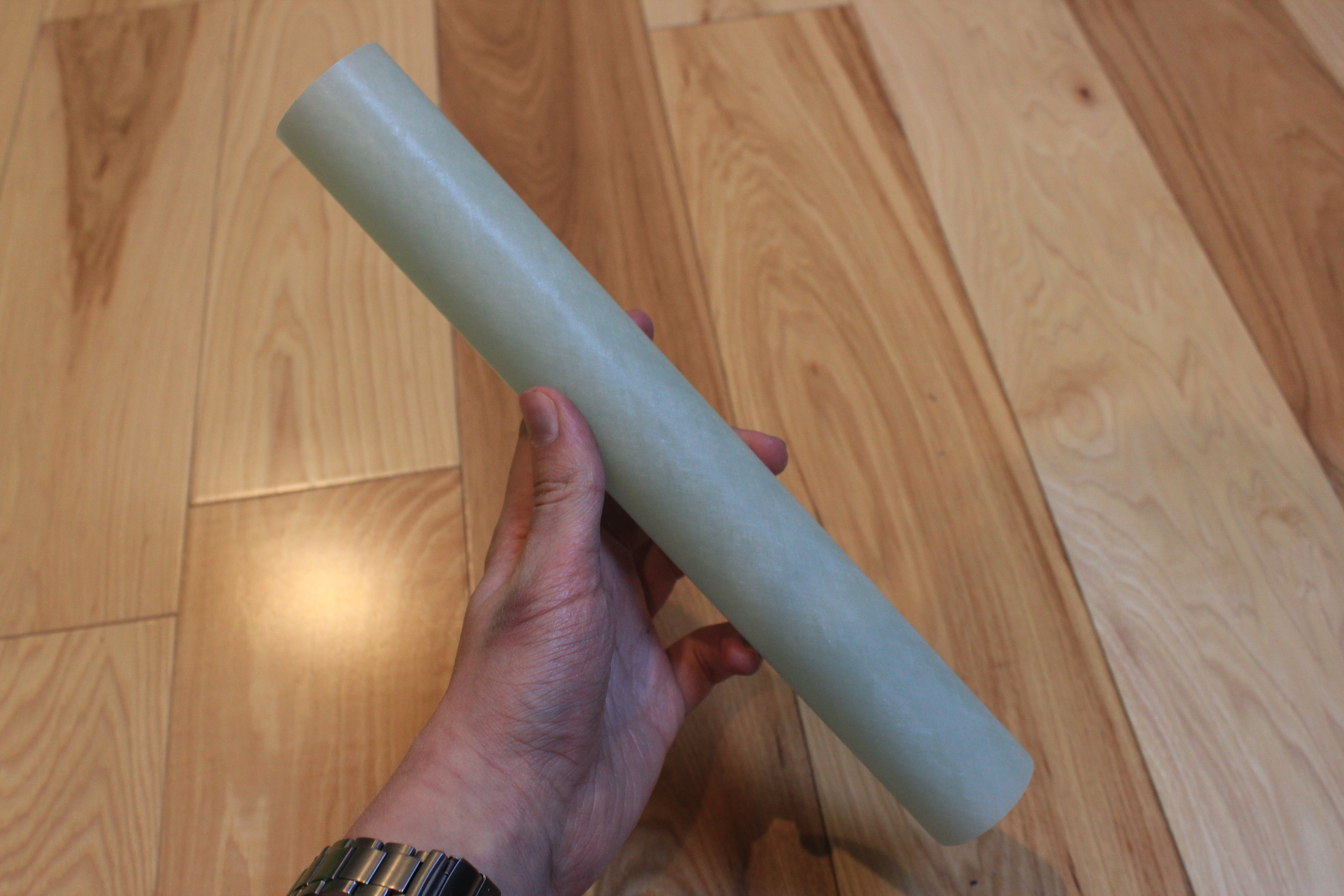 The fins were roughly cut out of the sheet with a reciprocating saw with a ferrous metals blade. Seemed to work rather well, and I was amazed how straight and precise I could get my cuts after a few fins. 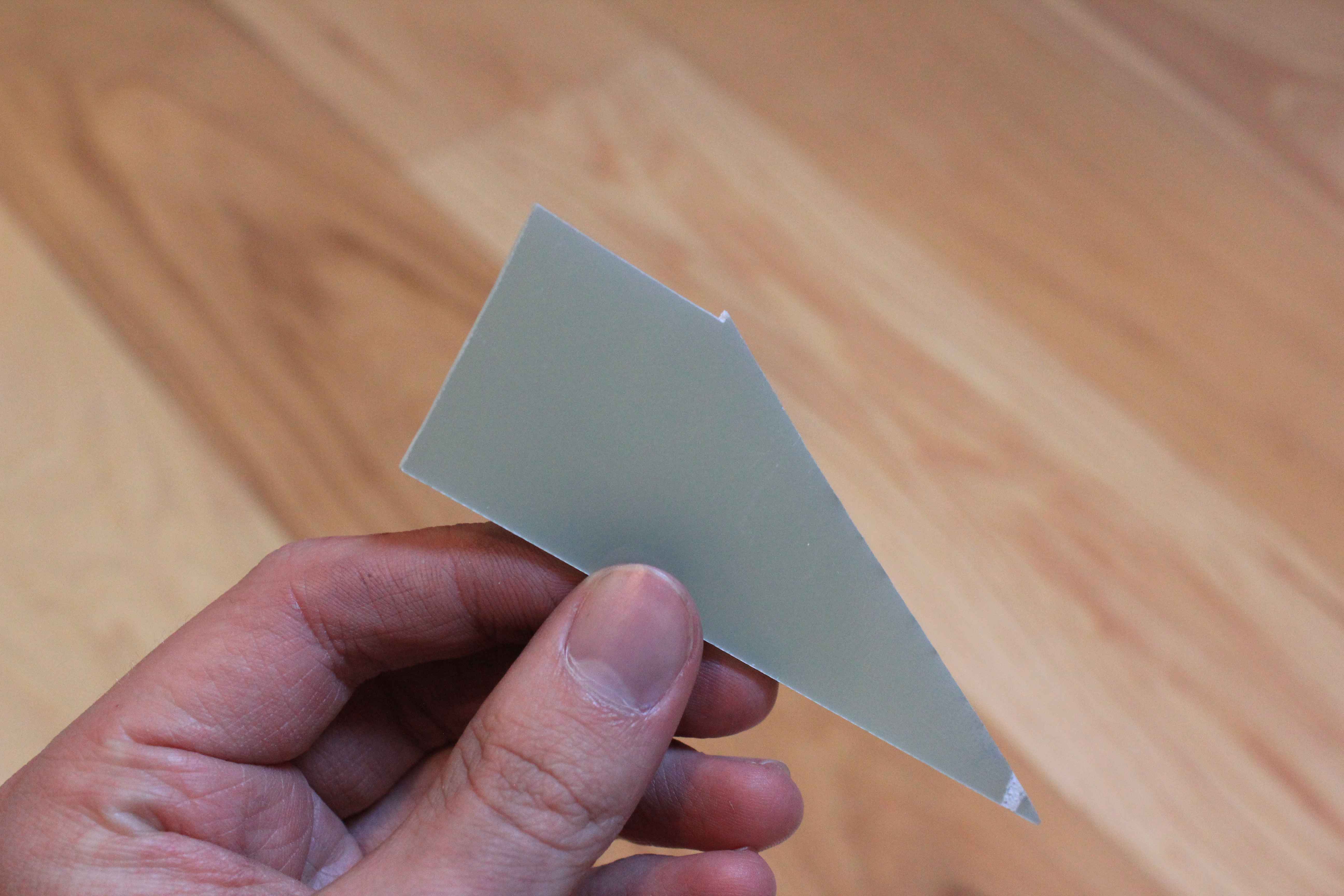 Here's the tube cut down to length, and the fin squared up. Both have been sanded with 80-grit sandpaper to improve adhesion. Prior to bonding, I also cleaned the tube and fin with 91% Isopropyl alcohol, and a lint-free paper towel. (all while wearing latex gloves to avoid getting the oil and dirt on my hands onto the pieces to be bonded) 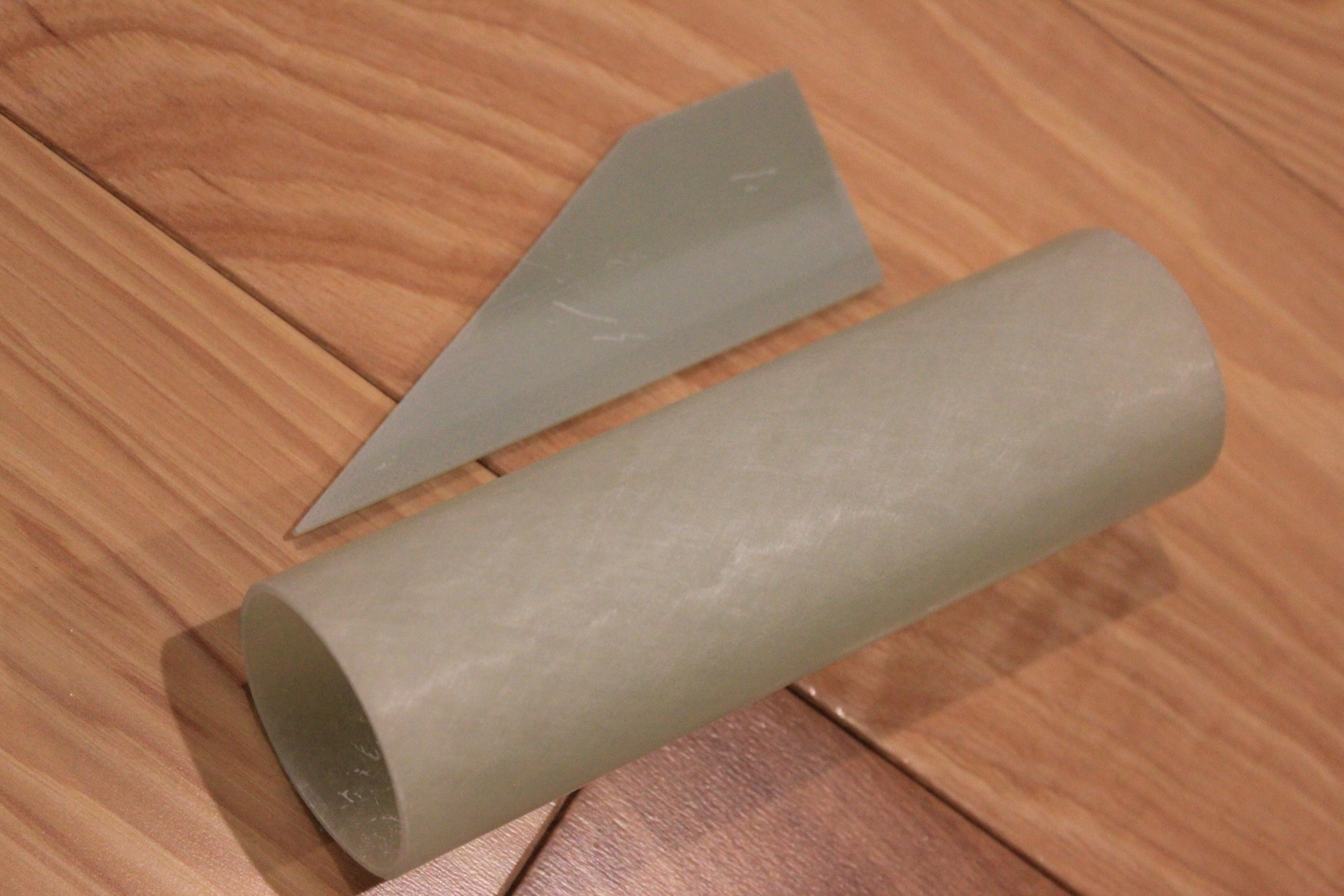 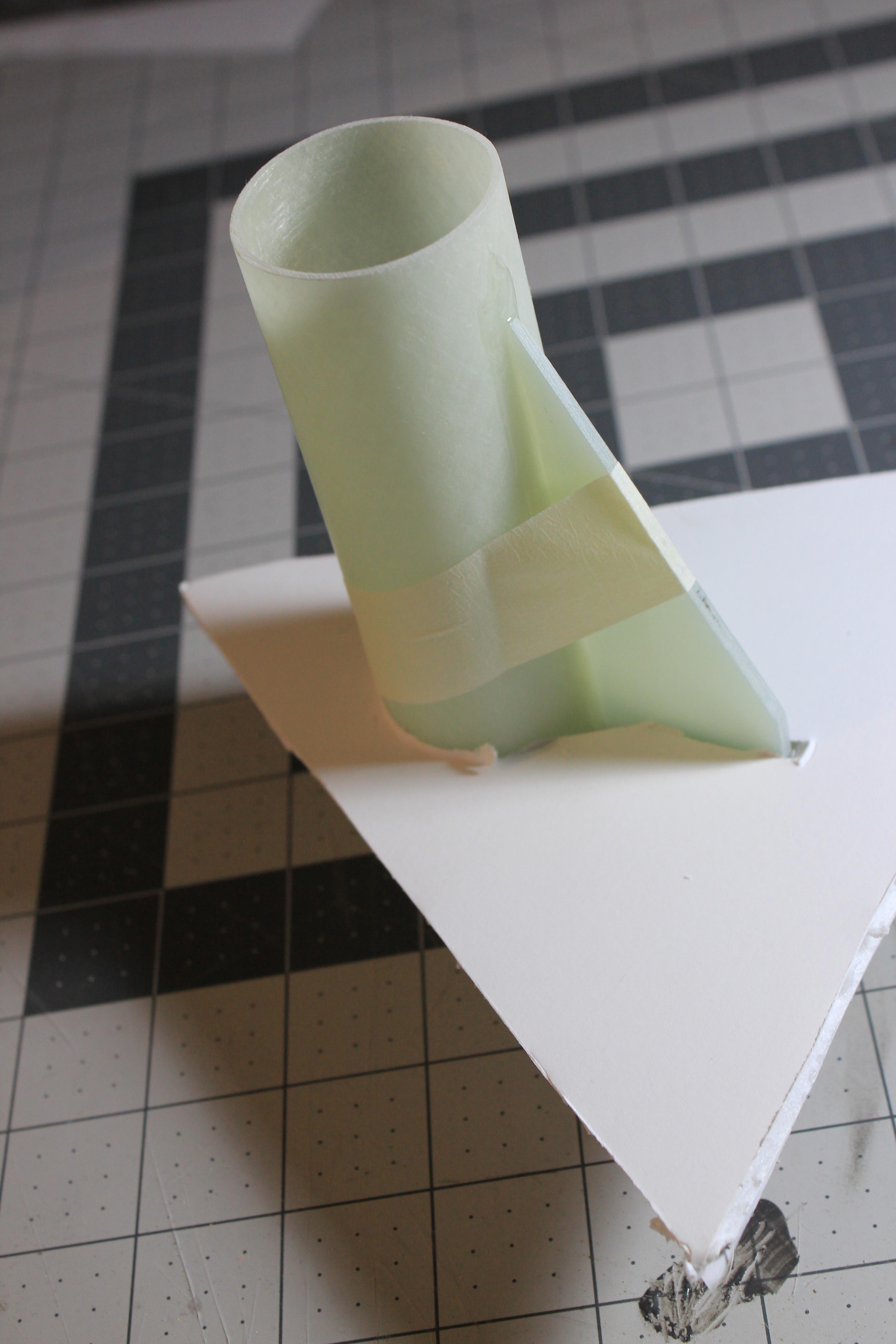 The epoxy should have cured by tonight, and hopefully I can get fillets on sometime Sunday.

None of these pics are coming through, but the description sounds solid.

And yeah, the photos aren't showing up on my end either. I attached a link to imgur, but that doesn't seem to be working. I'll see if I can sort it out.

No photos here either, but right click and "Open image in new tab" works in my chrome browser.

Not quite sure of your design for this. It looks to be a MD but the fin can is very short. Are you going to use the motor case as the coupler? or was that just your epoxy test?
Last edited: Mar 4, 2017

That was just my epoxy test. The rocket will have a full length airframe. I would upload the sim files, but as with the images, I am completely unable to upload anything.

There we go, photos are up. Was using the wrong URL from imgur.

I use PhotoBucket for my pictures. Seems to work well.
Are you going to reinforce by going tip to tip with some cloth?

I use PhotoBucket for my pictures. Seems to work well.
Are you going to reinforce by going tip to tip with some cloth?
Click to expand...

I think I've got imgur working, we'll see if it stays that way. And no, I do not plan on doing any T2T reinforcement. I think adhering the fin at the root and doing decent sized fillets should hold them on well enough, and they're plenty stiff to handle the speed as well.

littlemisterbig said:
That was just my epoxy test. The rocket will have a full length airframe. I would upload the sim files, but as with the images, I am completely unable to upload anything.
Click to expand...

Click the Go Advanced tab and use the Attachments tab to upload pics and files. The Insert Image doesn't seem to work.

Fillets on the test article done. They seem pretty solid, and supported my entire body weight with no issues. They were formed with 17/32 brass pipe.