For those who have seen my other threads, The Neutral Zone is currently our largest rocket and was designed with being flown on seven motors. This weekend, that happened. The rocket is about 11.5' tall, weighs 50# loaded for flight.

Transport out to the pad is easier in pieces: 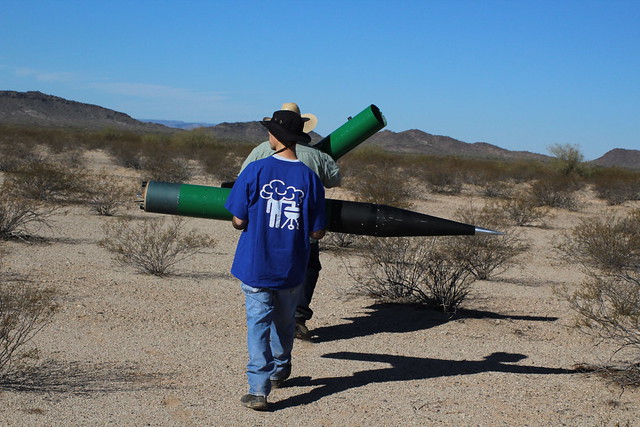 On the trailer pad waiting for igniters: 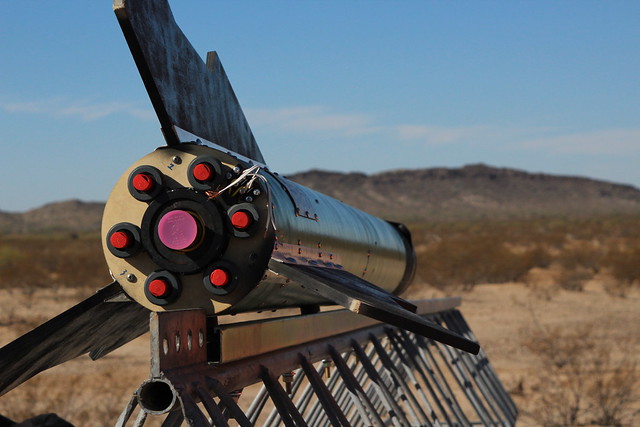 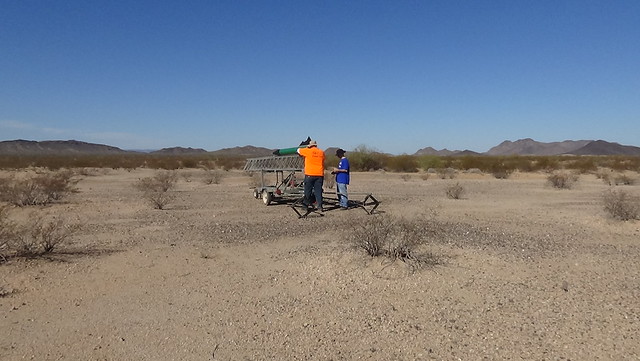 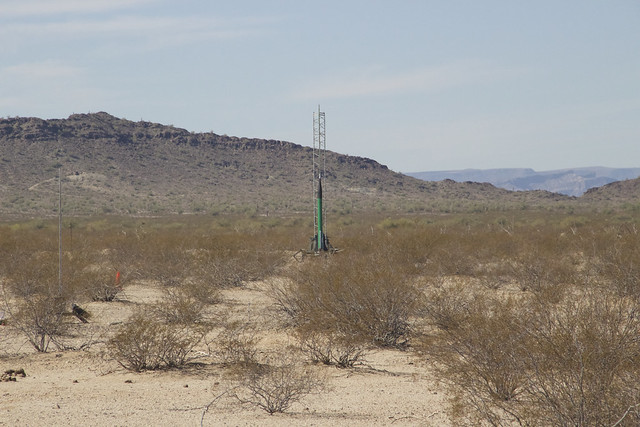 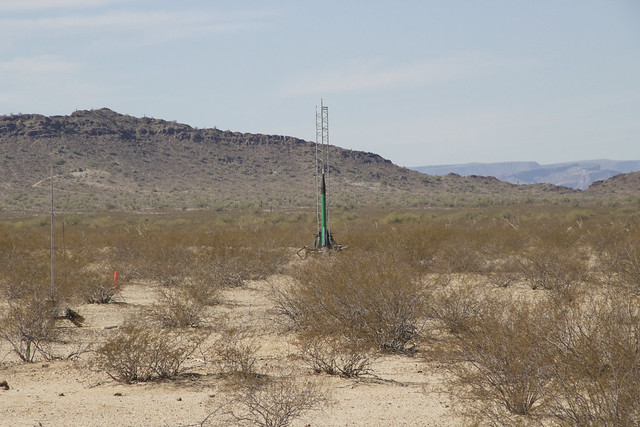 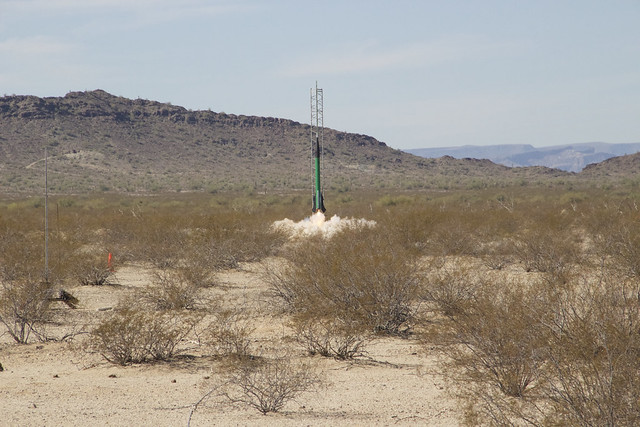 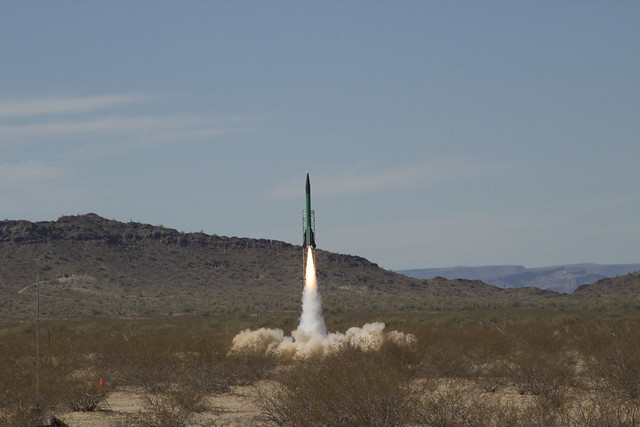 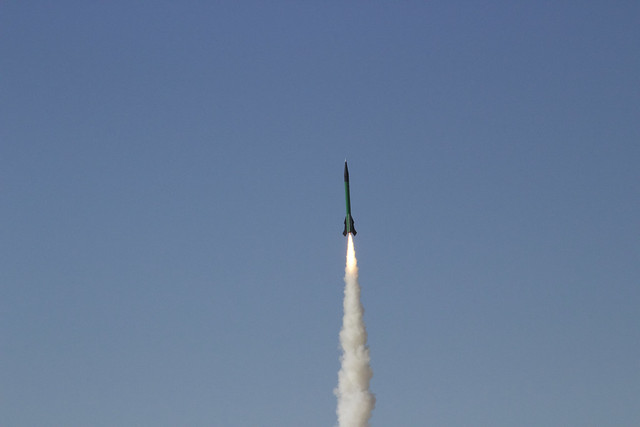 And the flight video:
[video=youtube;z103_N7FGso]https://www.youtube.com/watch?v=z103_N7FGso[/video]


After action: All motors lit. Slight wiggle in rocket was likely due to motors coming to pressure at different times. Main tangled on deployment, but landed safely under drogue. Main was packed in a d-bag and shock cord was z-folded and taped for management. I do not know why it tangled. Next may be a non-tethered d-bag.

Overall, the flight went VERY well and the airstart electronics performed wonderfully. The rocket went just over 2300 feet and got quite a reaction from the crowd. We here are very happy with the progress we've made with the design.


A couple "Thank You"s for those who helped one way or another in this project:

Upscale CNC (wingarcher) for cutting fins and rings
OneBadHawk (onebadhawk) for very custom recovery gear
Eggtimer Rocketry (cerving) for flight computers and airstart programming help
Connor (conman) for assembly of the above
James, (smapdiage9) for coming through with two wifi switches after I cooked one of mine
BuyRocketMotors.com (pyrobob) for suggesting some motors that should be easier to light
And anyone else who helped out, THANK YOU ALL!

Great flight! Glad I could help a tiny amount on such a complex project.

Great job ! - I've been looking forward to seeing this beast fly - thanks for posting the video. Glad to hear no damage from the main issue.

Beautiful rocket! Beautiful landscape and a beautiful sunny day! Thanks for the pic's.

Very nice. I wish we had big, open spaces like that over here on the right coast.

Thanks, guys. This project has been a ton of fun and hugely satisfying to have a mostly nominal flight. First airstart, first successful cluster, most impulse I've used at once. Overall a good weekend.

That was a great flight! I followed your build thread, it is a really cool rocket.

Have you considered just deploying the main at apogee? It seems like it might improve your odds and at ~2000' it shouldn't make you walk too far.

We have popped at the top. This is a testbed rocket for my eventual L3 project, which is why we do DD at 2000'. I think it is an issue with the d-bag itself. It is a military bag and not intended for this use. I plan on going with a purpose built d-bag.