Outstanding, best I've ever seen video about a brilliantly designed aircraft. There are much longer videos about it, but this one covers in detail all of the right points.

However, I strongly disagree with his comment around 13:05 about "low threat levels" being expected in a Cold War Fulda Gap conflict for which the A-10 was designed. He's simply repeating BS claims being made by those who want to shelve the A-10. The Soviets had PLENTY of self-propelled, radar controlled AA guns, SAMs, and man-portable MANPADS to accompany their tanks. That's why, supposedly, all US Fulda Gap wargaming ended up with the use of nukes and, thus, the neutron warhead was developed since, as one US military analyst said at the time, "In Germany, the towns are two kilotons apart." The desire for a chance at a non-nuclear defense is what led to the A-10.

Even with the much greater reluctance to lose aircraft and pilots in this era versus in an all out war with the Soviet Union, the A-10 can still be extremely effective when used for low level close air support, visually verified to avoid friendly fire incidents, in lower threat environments. Just ask US infantry who served in Afghanistan or Iraq. 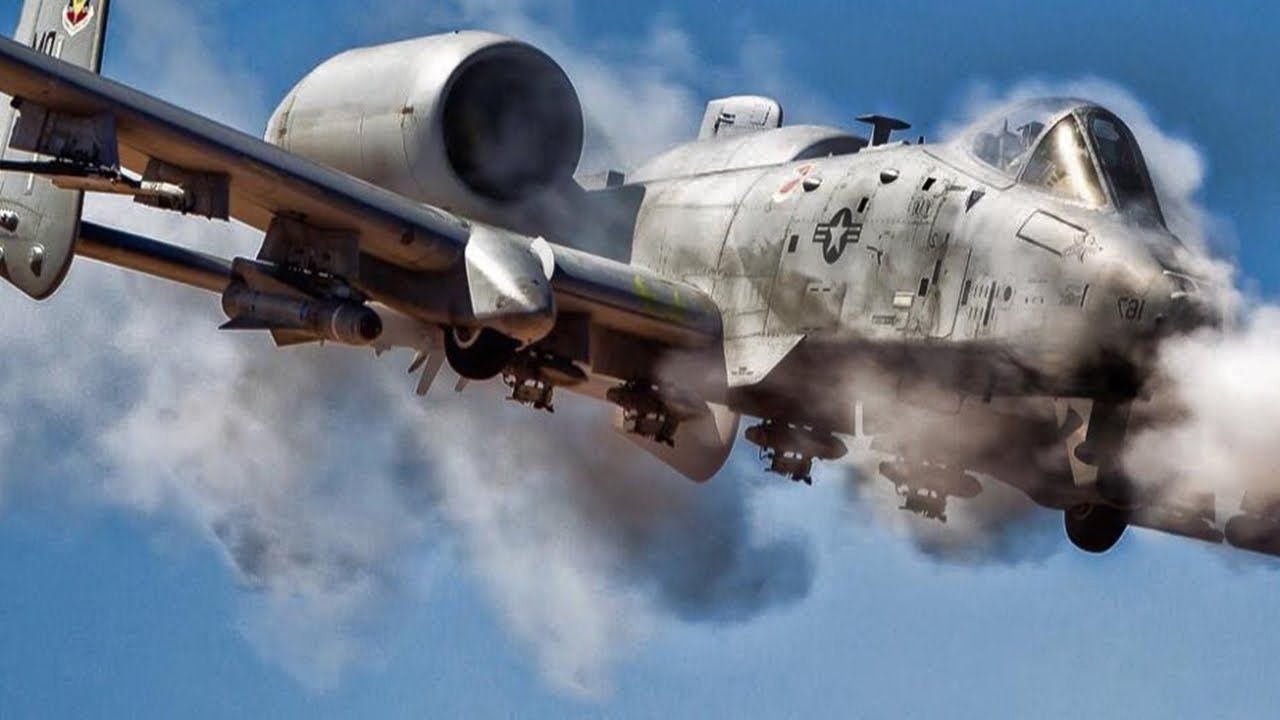 Hysterical video about it done by A10 crew members

Our local Air Guard base houses a squadron of A-10s. I always enjoy seeing them fly over. Our pilots at work especially appreciated the support they gave them in Iraq and Afghanistan.

One of my favorite experiences was working on a firework show and pyro effects for an air show. The USAF had their own crew for this, but we were still in the field during the routine. They staged a dogfight between an F-22 and an F-4 to show off the new and the old fighters. In the end of the show, a pair of A-10s swooped in to lay down firing run with ample use of HE effects. Hysterical video about it done by A10 crew members

Love that. "I've got a tank in my six. Can't shake him. What'll I do? Speed brakes, hard turn, I'll kill him when he overshoots." "I don't need an airspeed meter 'cause I got a calendar." LOL.
B

Winston said:
Love that. "I've got a tank in my six. Can't shake him. What'll I do? Speed brakes, hard turn, I'll kill him when he overshoots." "I don't need an airspeed meter 'cause I got a calendar." LOL.
Click to expand...

My favorite is the Navy version with the NOSE hook!

Love the A-10 Warthog, one coolest close air support vehicles ever built. I have a number pf plastic models in my collection to be built.

BABAR said:
My favorite is the Navy version with the NOSE hook!
Click to expand...

Yeah, a carrier "landing" with the carrier catching the A-10 by going faster than it. Hilarious.

DRAGON64 said:
Love the A-10 Warthog, one coolest close air support vehicles ever built. I have a number pf plastic models in my collection to be built.
Click to expand...

Yeah, some people call it ugly, but I find it beautiful. There is beauty in cleverly designed function.

The A-10 Thunderbolt II. When you absolutely, positively have to design a plane around a gun.

Last I heard, the Air Force was designing another A-10 that will be bigger and badder (if that's even possible).

My first close intro to the A-10 impressed the hell out of me. My tank platoon was in defilade on a ridge overlooking a "target rich environment". We knew air had been called. Heard a hummmmm behind me and turned to look. There were two warthogs coming up the ridge from below us. One of them hit the antenna on the tank next to me as they pitched over the top and engaged with the 30mm. Braaaaappppp Braaaaaapppp and they were gone down the valley leaving smoking vehicles behind. Wouldn't want to be on the receiving end of that. Best CAS aircraft ever built IMHO.

The business end of that gun is kinda like an iceberg, who would think that the rest of it fills half the fuselage.
Thanks to Mark Rose for the tour of Nellis AFB.

When I was in the USAF, I had a chance to load one for an airshow. The guys who had worked them frequently told stories about how often they would come back with dirt on the wingtips, and more than once earthworms in the dirt.

As a former US tanker who fought the Cold War for a decade until its successful conclusion in 1989, I'm as fond of the A-10 as anyone. They always put on a spectacular demonstration of their power over the Graf impact areas, belching tons of imaginary DU into dozens of imaginary T-90s. The sound was unmistakable and a real joy to behold. Later, they did very good work in Iraq, but were rarely opposed by much more than small arms fire after Saddam's integrated air defense umbrella was collapsed.

But sadly, the glory days of the A-10 are over, save perhaps a police action or two in some third world backwater against an unsophisticated opponent. Even discounting the modern East Bloc's considerable ADA threat, every BMP-2, -3, and their foreseeable Infantry Fighting Vehicle replacements is armed with a nasty 30mm autocannon. The volume, accuracy, and punch of a mechanized rifle platoon's (3x BMPs) or company's (10x BMPs) massed AP or HE fires will chew up the Warthog's titanium bathtub (and most everything else) if the pilot attempts a head-on engagement with the GAU-8 instead of a stand-off engagement with missiles or bombs (which can be done far better by more capable aircraft than the A-10).

The A-10's armor was specifically designed to stop the ZSU-23/4 air defense cannon's 23mm rounds. The Soviets upped the ante to 30mm around 1990 with the 30mm gun- and missile-equipped 2K22 Tunguska (below).

But she was a fine old airplane in her day, and I will always remember her contributions to keeping the peace in Europe when I stood in the cupola of my M60A3 on the frontiers of freedom near Fulda, Germany.
Last edited: Jun 5, 2020

GlueckAuf said:
But sadly, the glory days of the A-10 are over, save perhaps a police action or two in some third world backwater against an unsophisticated opponent.
Click to expand...

Which is mostly what we've been involved with lately. They have even been active in Syria which isn't a uniformly low threat environment.

Myth. It never really ended. Along with China, it's now getting hotter. Or would that be colder?
Last edited: Jun 5, 2020

I think you find it more important in future wars. We are up from some big fights on the horizon if we don't tear our selves apart.

The blue version was also a success.

I'm a huge A-10 fan, but I didn't even know there was an A-10 Demo Team until I saw the image in this article of an A-10 with a retro WWII P-51-ish paint scheme with invasion stripes:

Lawmakers Move Once Again to Rescue A-10 Warthog from Retirement 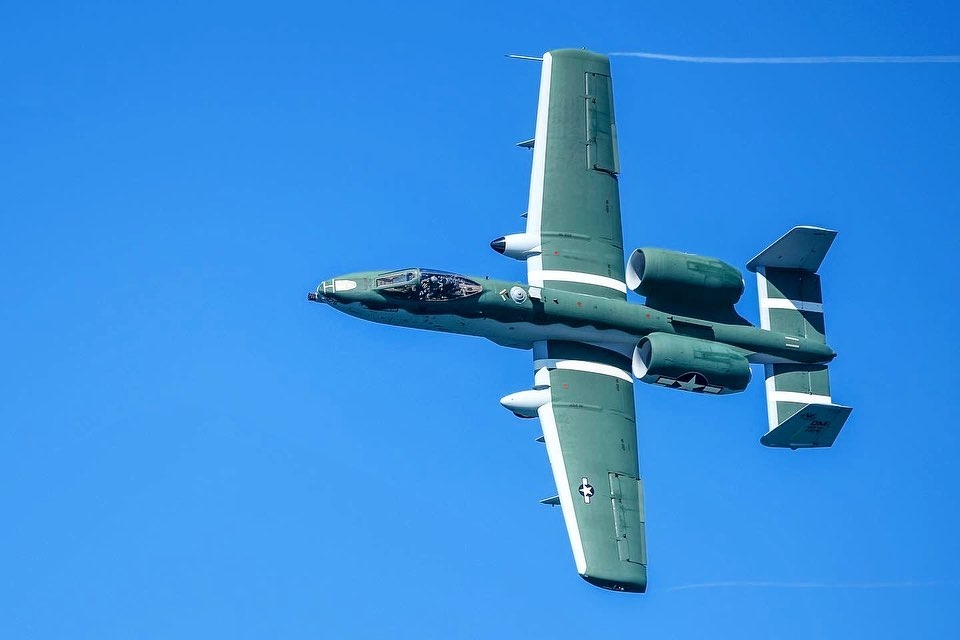 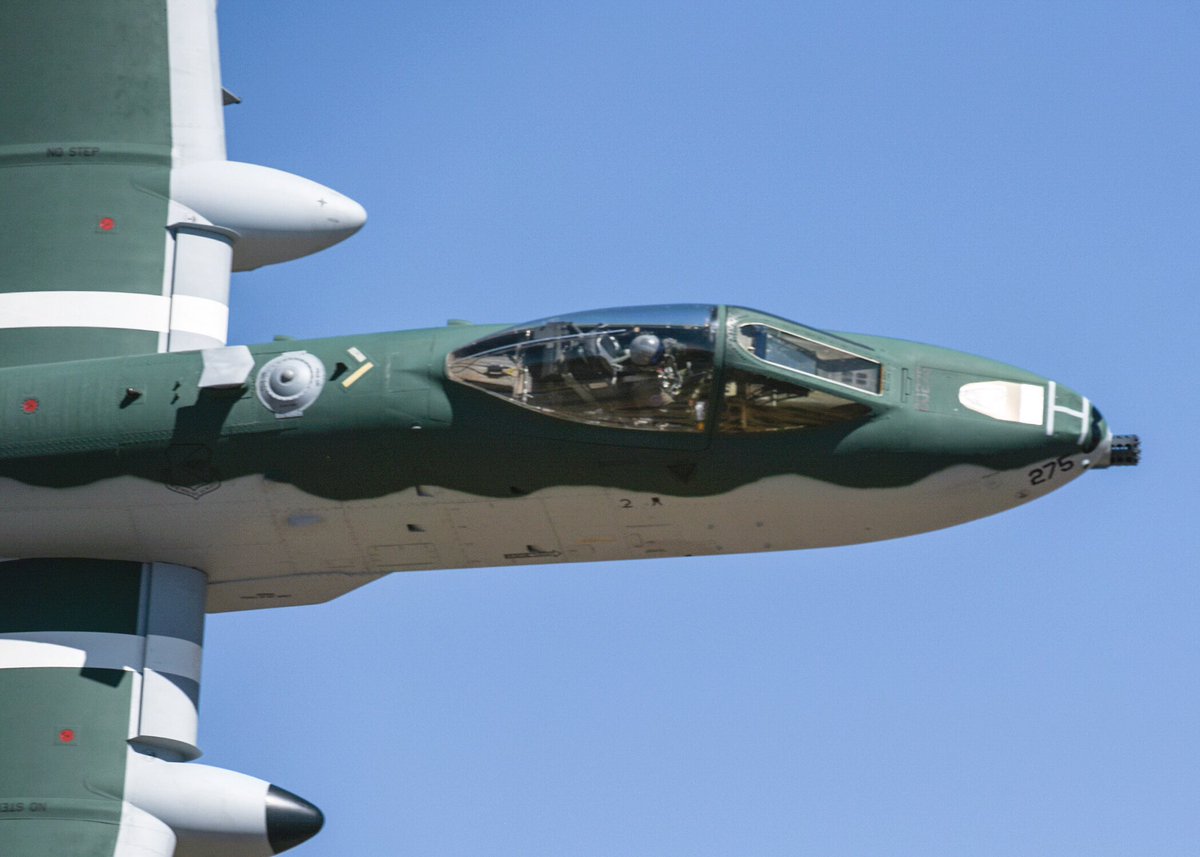 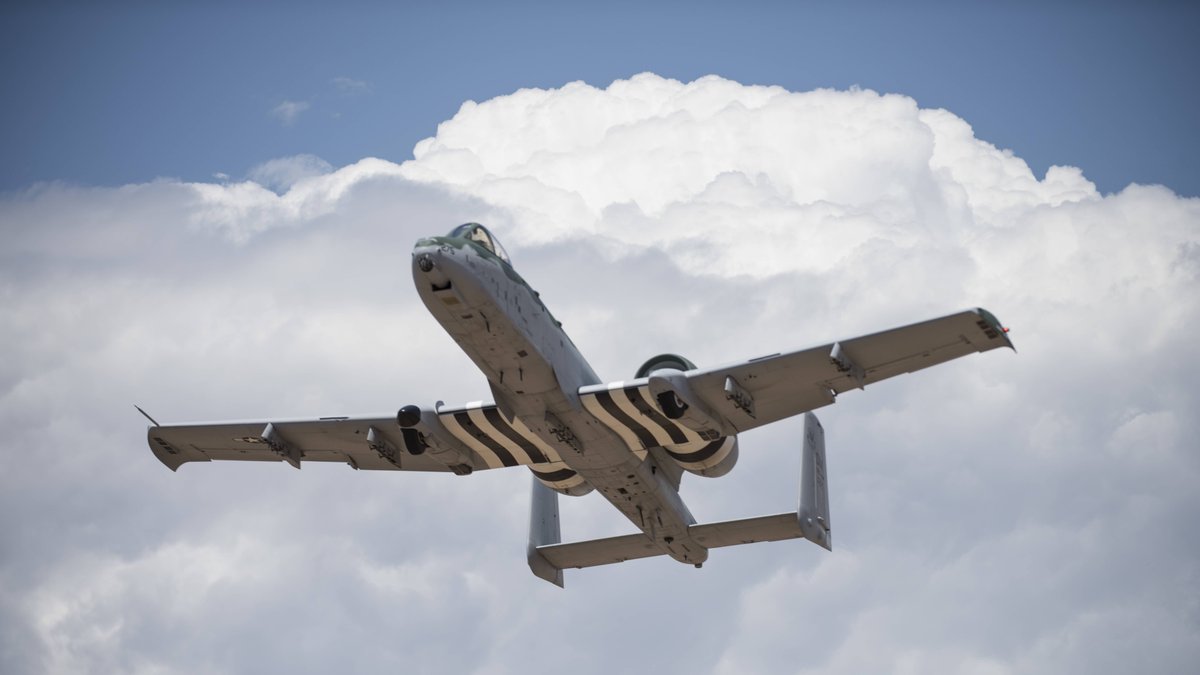 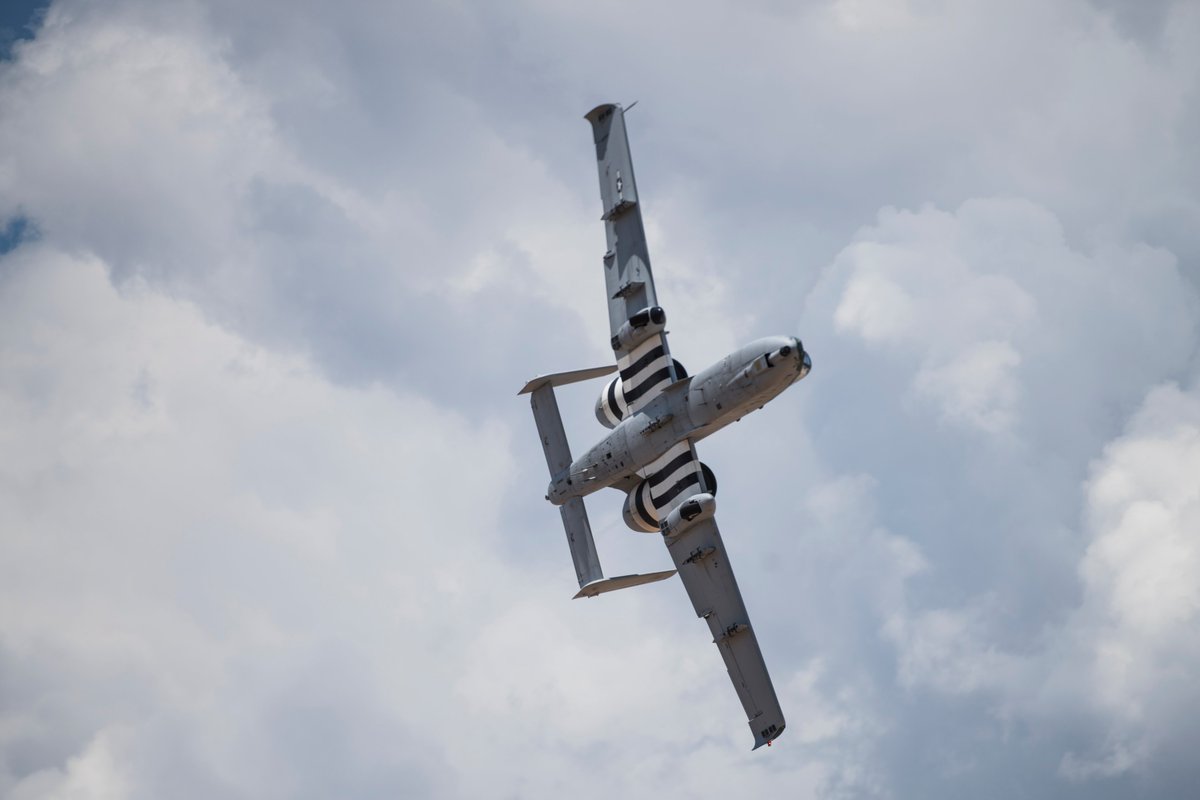