The flight of Apollo 6: Let's dig a little deeper

All snippets from https://en.wikipedia.org/wiki/Apollo_6 . Highlighting is mine.

The S-IC first stage arrived by barge on March 13, 1967, and was erected in the VAB four days later, with the S-IVB third stage and Instrument Unit computer arriving the same day. The S-II second stage was two months behind them and so was substituted with a dumbbell-shaped spacer so testing could proceed. This had the same height and mass as the S-II along with all the electrical connections. The S-II arrived May 24.

Anyone ever find photos of this 'dumbbell-shaped spacer' installed in the stack?

SM-020 had been destroyed in a tank explosion

Any details at all of this event?

In part due to the vibrations, the spacecraft adapter that attached the CSM to the rocket and housed the mockup Lunar Module, started to have some structural problems. Airborne cameras recorded several pieces falling off it at T+133 seconds.

Do we know if any images of this are online somewhere?

cvanc said:
The S-II second stage was two months behind them and so was substituted with a dumbbell-shaped spacer so testing could proceed.
Click to expand...

Wow, I was watching a video from a 1966 MSFC report about a week and a half ago, and was very surprised to see that in the video! I had no idea. Here is the link. 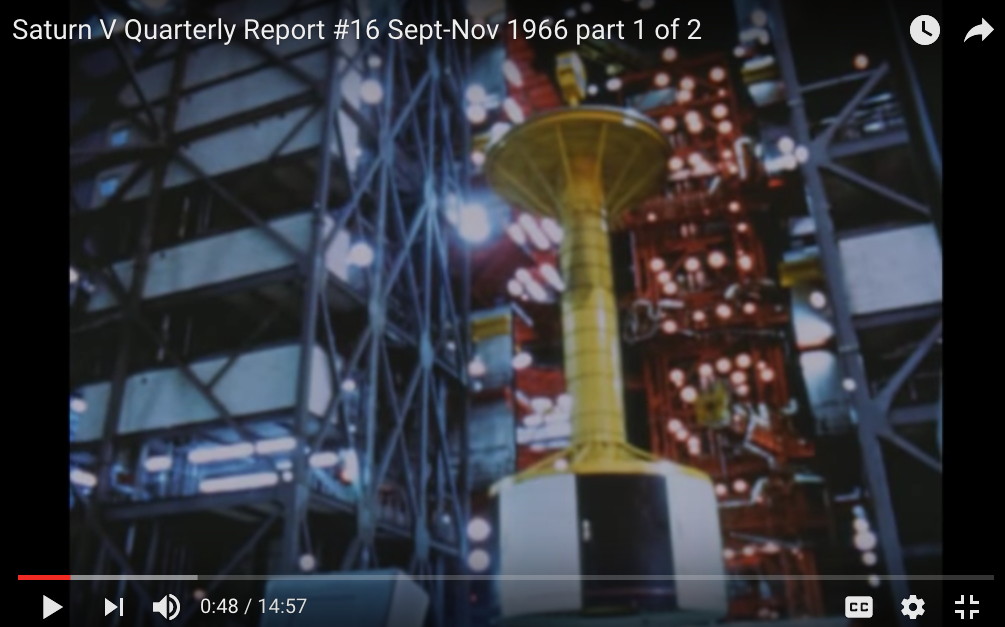 BTW , all the testing and testing and testing NASA did, some examples in the above video, is why Saturn succeeded, and the Russian N-1 failed. Russia did no vibration testing at all. And the first time the N-1 first stage ignited its 30 engines, was for LAUNCH, no static firing of the stages, only individual engines (and some of those apparently "Sample batch" tests rather than testing all 30 for each first stage).

IIRC, they were spending only about 20-30% as much to develop their lunar program as the US was, so lots of corners were cut. I was shocked when I found out they did no vibration testing and no all-up stage static firings. First two failures were due largely to vibrations or other things going wrong during firing of the engines that vibration and/or static test firing likely would have uncovered. Also their "KORD" guidance control system for steering the rocket sucked. And one of the later flight that almost made it to staging, broke up due to the vehicle rolling.... it had totally insufficient roll control authority (none of the engines were gimbaled, it was steered by the KORD system shutting down and re-igniting various outer engines to cause unbalanced thrust for steering purposes).
Last edited: Oct 31, 2016

I found this online, from NASA. Hope it helps! https://nssdc.gsfc.nasa.gov/nmc/spacecraftDisplay.do?id=1968-025A

I just read about the S-II problems in the book "Angle of Attack: Harrison Storms and the Race to the Moon" -- pretty interesting read.
Last edited by a moderator: Oct 24, 2018

rocketguy101 said:
I just read about the S-II problems in the book "Angle of Attack: Harrison Storms and the Race to the Moon" -- pretty interesting read.
Click to expand...