Next Saturday (7/16) should be the next TCC launch in Helm.

Heard back from BAR, he'll be there!

I'm hoping to get the first flight on my RW Osprey 75, I had basically finished construction on-site at LDRS but wasn't comfortable with my avionics bay setup so I didn't fly it. Need to get the bay sorted out this weekend so I can do my first flight next weekend. At LDRS I finally built up a stockpile of motors to have loads prepped before launch day, but they're mostly Pro38 loads that are now under suspicion of bad forward closures

, so I won't be risking my rockets on any of those until I get the replacement closures.
Last edited: Jul 10, 2016

Launch turned out to be very nice. Little wind so rockets landed close by. Reached 102 by end of the launch.

My trip was fast and my preparation was slow, so I only got one launch in. I did not even get to fly the 29/40-120 reloads I brought along! Oh well, I think I made the one count - 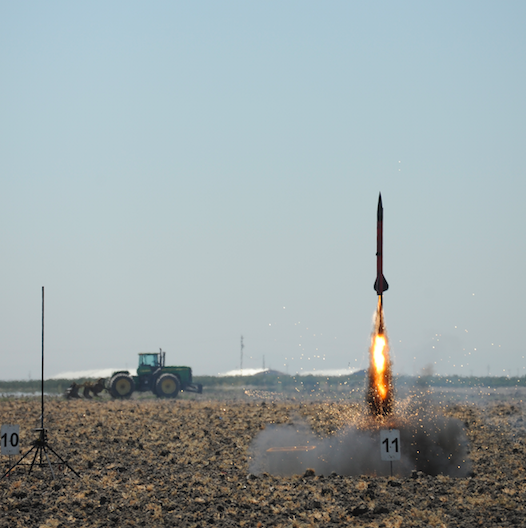 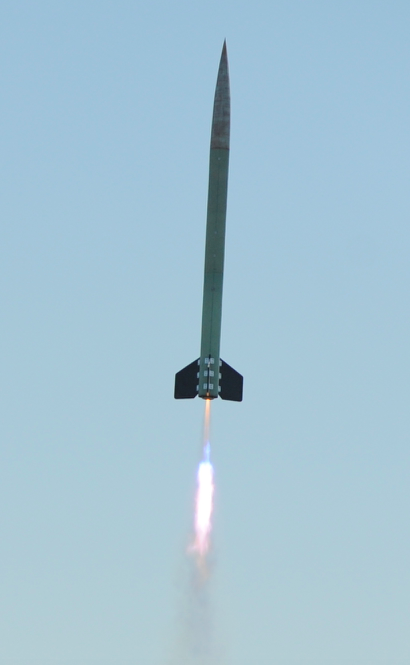 Set up my tent next to David and got to see how thoughtful and meticulous one can be to assure the highest level of success. He clearly had me outgunned with camera gear as you can see in my blurry images compared to what David usually posts:

After an extended walk on the third flight, the sun and 100 degree heat had melted my resolve to send up the last two. So I gave in to a 2.5 hour drive back home with the AC on max the whole way.

Thanks to the laid back TCC guys who do a great job with every launch. Just watch out for the guy who will take any excuse to engage the sirens for a "heads-up" descent.
W

The heat certainly overwhelmed me, I think I was actually suffering from heat exhaustion by the end. Surprised me, I've been at several launches that were about as hot at both Black Rock and Lucerne, I guess the dark soil wasn't helping. It's always seemed that most of my body's thermal regulation works through my feet (if my feet are cold I'm cold, when I'm hot going barefoot helps the best, etc), Saturday my feet were hotter than I've ever felt them. Thanks a bunch to Mike (BAR) and I didn't catch the other flyer's name for helping me out afterwards, some extra water and a chunk of ice went a long way towards getting me feeling better. I don't typically bring my ez-up to single-day launches due to the hassle of raising and lowering it, but I'll have to change that policy for days that are this hot.

Unfortunately my flights were mixed, and I think the Bumbl-B has flown its final flight (I327DM). While I had my checklist fully filled-out and it was one of the steps, it appears I never properly connected the lower shock cord to the bottom of my avionics bay, so the upper airframe came down on the main and the lower section came down ballistic. And rather than lawn-darting it landed on the hard-packed north-south roadway, causing maximum damage to the rocket. The motor casing looks like it's the only thing that survived, I had an A3 attached to the threaded rod between the motor and Aero Pack MD retainer, all I found of it was a few pieces of its case, and they were heading in the direction of the canal, so I suspect the PCB is sitting underwater. My Mobius camera was sent in the opposite direction, it looks intact but won't power-on, and the SD Card was popped but still in the camera (when my original Excel L2 flight crashed I recovered the camera but the SD Card had ejected and couldn't be found), but it looks like the card died also, none of my machines can read anything from it. Since the Eggfinder and SLCF were in the part that came down under chute they're fine. This was "mk VI" after several previous zippers & repairs, but the fin can section was original (other than having the slimline retainer hack-sawed off after a rocky landing at Snow Ranch crimped it, switching to retention via the MD54 I had previously installed). I don't think I have an mk VII in me, so I think it's finally time to retire this rocket, sadly.

After picking up the pieces from this flight I flew my dd2.xls as the second-to-the-last flight of the day, was a successful flight on the J210CL, landed close to my truck on the opposite side of the tracks (actually I think it landed across the tracks, someone else was gathering it up before I got to it so I didn't see exactly how it landed).