This is a used Taig Micro Lathe II, about sixteen years old. High precision (see specs and accessories.) Has been used to make nozzles and forward closures up to 54 mm, as well as other small precision items. Some light surface rust, does not affect operation. Hasn't been used for four or five years so the gibs on carriage and on cross slide will need adjustment (suggest a good cleaning first). Likewise the rack and pinion longitudinal travel as it's a bit sticky. An exploded view is shown here.

A complete new setup would run $400 not including bits and magnetic indicator. Asking $350 plus actual shipping (will be properly packed).
It's a great little benchtop unit, though I would advise against using it where the metal chips can be dragged into the living room...
If you want an estimate of shipping please include your zip code.

Camera battery was going down, hence the crappy pix. Let me know if you want others, I'll shoot 'em.
(Edit: I'll add a small bottle of way oil, specifically for lathe and milling machine ways.) 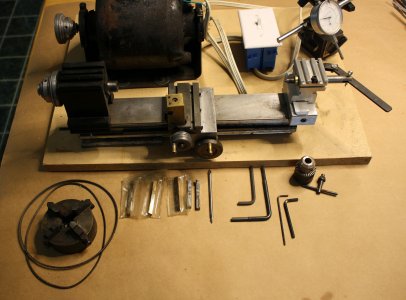 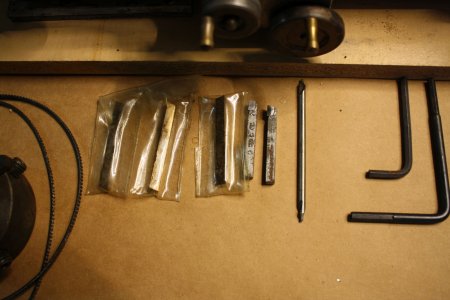 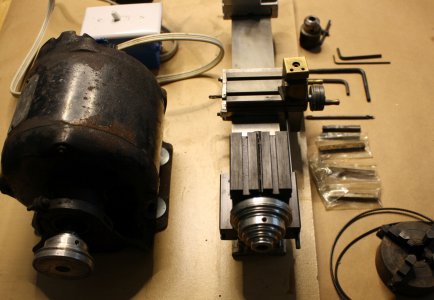 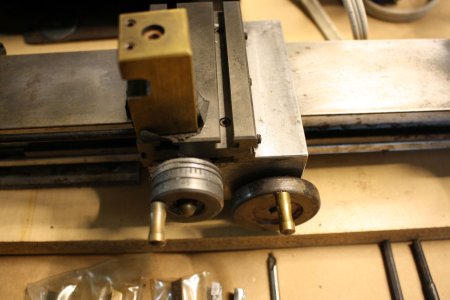 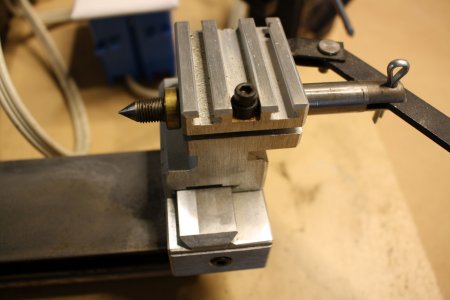 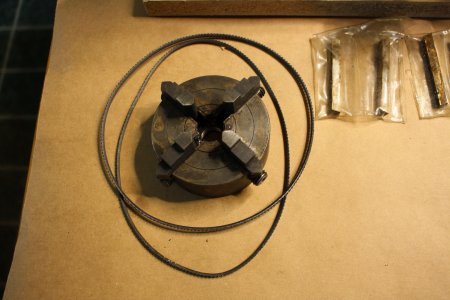 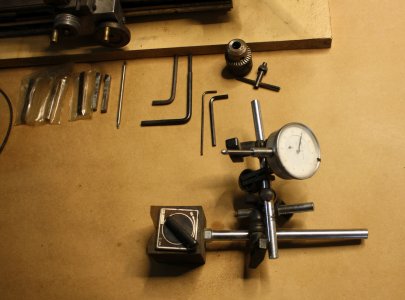 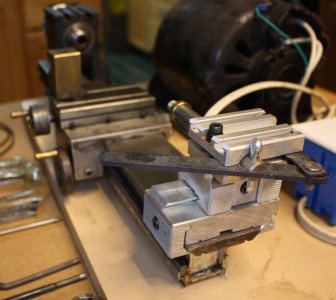 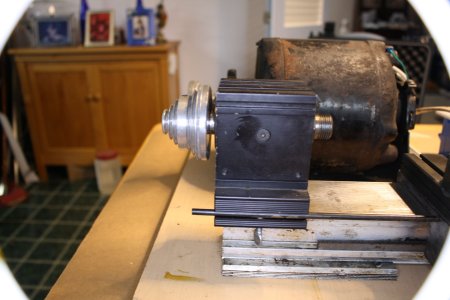 Addendum: If you want the 1/4 hp motor I'll include it for the additional cost of shipping. It may be just fine, though I'd suggest opening it up and cleaning it very well. The lathe weighs 21 lb; the motor is 32 lb, so 53 lb total. Shipping is from 42071 if you'd like to figure it.

Looking for advice on getting a lathe
2