I'm still on the prowl for a Stratoblaster. Not having much luck and was wondering if anyone has the plans (or any other useful documentation) I could use to scratch build one?

That said, his balsa scans are pretty bad... If anyone has better, please scan them with a ruler, and reach out to him (or forward them on to me, and I'll get them to him (via our shared folder)).

I see Rocket Reviews has this video: 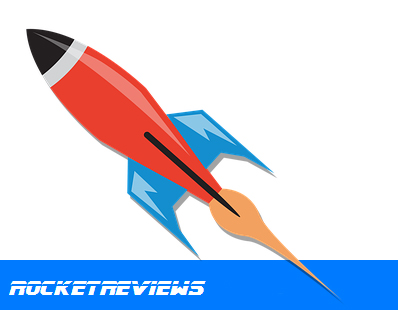 The Stratoblaster is a little tough to accurately scratch build. The blow molded ABS fuse would have to be built up. I have always though you could do a simplistic balsa sheet fuse, with the correct side and top profile, with some rounding of the corners to simulate the plastic fuse.

Someone would have to do drawings of the foam wing cores, both planform and root and tip airfoil for the cores to be duplicated in hot wire cut foam. As I recall, the wing sheeting was 1/32 balsa.

The tail surfaces and tail booms would be easy to duplicate.

Another option is to find an Estes T25 Centurion, the ARF version of the SB. You could likely derive all missing measurements needed from this for a SB.

I built a SB when the kit was first introduced. I had had the pleasure of flying the prototype Stratoblaster at the Estes factory before it was kitted. I was out there testing the HobbyLab SR-71 on early Estes E15 black powder prototypes. The same motor was used on the Stratoblaster. Hey, the early E-15s worked well! I flew the heck out of the SB for several years in the 1990s, including at NARAM in Evansville, IN in 1996. Was great fun.

I eventually converted the SB to an electric pusher and flew it that was for a few years.

In 2005, I did an RC Groups/Ezone article on converting the T25 Centurion to brushless electric pusher power. The article has some assembly photos that might prove useful for building a SB from scratch. It also has photos of the older electric pusher SB in action, as well.

That modified Centurion is still in my garage somewhere. Link to conversion article below:


https://www.rcgroups.com/forums/showthread.php?t=457739
The only thing I disliked about the SB and the Centurion was the molded plastic fuse. It starts out sort of brittle and gets more and more brittle over time until it is stupid brittle....

I imagine that any SB or Centurion kit still in the box is likely to have a very brittle fuse after all this time.
Last edited: Jun 25, 2021

Good observation, Tom. Wonder if there is any lightweight conformal coating we can use on the fuse to prevent crumbling. I have two to be built in a closet somewhere.

I never had the SB, but the same thing occurred to me that it would be very hard to clone, because of the blow molded plastic fuselage. I built the Astro-Blaster, which was all-balsa, but was very time consuming to build for me. I even monokoted it, which took even more time. I did find a write-up on the Centurion in Rocket Reviews:

fyrwrxz said:
Good observation, Tom. Wonder if there is any lightweight conformal coating we can use on the fuse to prevent crumbling. I have two to be built in a closet somewhere.
Click to expand...

If I were building one, I would be inclined to give the fuse pod a light weight fiberglass covering (3/4 oz cloth) after giving it a good sanding to help with adhesion. Would be worthwhile to double it up in the corners where the canopy hatch is cut from the fuse pod, as cracks tended to propagate from the corners there.

I need to venture out into the the inaccessible areas of my garage and see if the Centurion is hiding out there. Might be fun to bring it back to rocket power.

I think the old pod is pretty beat up and might be missing a few prices of plastic. As mentioned above, It would not be hard to do a slightly boxy version of the pod in sheet balsa. Triangular balsa in the corners with some carving and sanding would help hide the boxiness. Might have to do that to my old one.

Other than the brittle pod, the only flaw in the SB/Centurion is the flex cable elevator pushrod. It has three large changes in direction in two planes as the pushrod exits the fuse pod, then curves to the rear at the tail boom before curving up the fin to the elevator. Draggy and sticky and makes it tough to make the elevator center well. Also, a number of SBs crashed due to bending in the flex cable where it was outside the plastic tube guide. Tinning the flex cable with solder where it has straight runs outside of the plastic tube helps a lot.

In the electric pusher conversion article link in my post above, I actually moved the elevator servo out into the wing, next to the tail boom. This allows a much better linkage with more precision to be used, as there is only one curve in the pushrod as it curves up to the elevator. This is a worthwhile mod. A tiny bit of weight in the opposite wingtip gets the model balanced laterally after moving the servo into the wing. Doing this does require a little extra nose weight to make up for moving the elevator servo out of the pod and aft.
Last edited: Jun 25, 2021

It'd be nice if Estes would bring back this kit, perhaps with the mods to the servos mentioned by Tom. I know I'd score a couple.
N

Heh heh. Beautiful classic model.
Another path would be if someone better than I at CAD drew it up for 3DP!! The subsequent ability to stretch it/thin it in the files for today's components would be very cool. I have the original kits in the basement for comparison, jut not enough time to play with Alibre to model it yet. would be fun.

I wish someone would do it in CAD, but not for 3D printing. Plans for a balsa version would be great and easy for people to scratch build.

I have test flown several 3D printed RC models for people and have never been all that impressed. They tended to be a little heavy and pretty delicate. More than one has had sun related heat damage at the field on hot days. I like 3D printing for parts, like scale details and rocket nose cones.

A 3D printed fuselage pod might be worthwhile, though, printed in something other than PLA.

After discussing the Stratoblaster over the last couple of days, I have gotten the urge to do a downscale SB in depron, weighing about 5.5 oz for the 18mm D2.3
Last edited: Jun 26, 2021

I actually never use PLA.
My plan was ABS like the original fuse or PETG. foam wings via hot wire cutting. I believe they were the Clark "Y" profile. Might switch the booms to CF tubes.

Seeing what Frank B has done ( oh, and I have 4 soon to be 5 of his creations) I think that is a capital idea.
Should be a fun project.

Most of the 3D printed aircraft showing up at the field have been done in PLA. ABS would be better, but the PLA is lighter. Weight is critical enough on rocket gliders that I would still do all balsa, except perhaps for the pod.

There is a cross section of the wing showing the airfoil in the instructions. Does not look exactly like a Clark Y (longer Phillips entry on the bottom of the airfoil), but no reason that a thin Clark Y would not work just fine.
You must log in or register to reply here.
Share:
Facebook Twitter Reddit Pinterest Tumblr WhatsApp Email Link