Hey guys. I am currently a Sophomore in High School and have recently decided I am going to try and complete a Science Fair Competition for my high school. Rocketry is one of my passions so I was trying to think of possible projects that would fit under Chemistry, Mathematics, or Engineering topics. A few I have come up with is trying to design an entirely custom built engine that is of either a solid propellant or hybrid design. This would enable me to also try to determine what the best nozzle shape is so you gain the most thrust. I am not as knowledgeable in some of these areas I am mentioning since I usually buy off the shelf parts and then design my own rockets. This one would have to be entirely of original design as well as fabrication of parts (I think). As you can probably tell, I don't really have any clue what I am talking about so just any recommendations or ideas would be greatly appreciated and taken into consideration.\

Basically less confusing edit of above:
I want to participate in my school science fair but do not know what to do.
Possible Ideas:
- Design own engines of either solid propellant or hybrid design and determine what fuel is best
- Design and build different nozzles for aforementioned custom motors to determine which shape is ideal
- Design entire rocket and build said rocket to accomplish a certain goal (ex. flying 1 mile high, etc.)
D

Do you have a mentor that you can work with? Making your own propellant is something that is potentially very dangerous, and requires certain safety precautions. What is your experience flying rockets- have you flown anything high power?

Not sure if you heard about the recent accident in Idaho, but please, do not attempt making any kind of rocket fuel/motor without someone more experienced watching over you.

I would go with option 3, if I was a judge engineering to a specific goal get my interest.

Have you thought about doing rocket design over motor design? Maybe could show how different nosecone shapes work better at different speeds, and show how CP and CG work with rockets, fin shapes and sizes, boat tails... you get the idea and it has the added bonus of not having to work with crazy dangerous chemicals.

Do you have a wind tunnel at your school? Motors, commercial and homemade, have variation, and if testing aerodynamics through flying, that takes away precision.
And there's also weather.
If not, you might be able to make one but should flying be the only option be sure to get motors from the same batch.
As for the suggested ideas, fuel and nozzle are well known territory, or at least the waters you'll likely be limited to wading in. As is aerodynamic, for that matter, but testing aerodynamics is much safer.

You could consider testing strengths of various fillet techniques and materials as well as fin construction methods and materials (grain orientation, papering, CA, etc.). I don't have a comprehensive list but you'll get many suggestions is you ask here. And many repeat suggestions.
If you document it on the forum, I'm sure many would appreciate it as information, especially for beginners.


I'm a bit jealous of you that you get to do an experiment based science fair. We do this thing called ExploraVision where students design a product. The crux of the issues which arise from doing this, that we don't know enough to work on a feisable idea, was exemplified when about half the class chose to attempt a perpetual motion machine of some sort.
D

Incongruent said:
half the class chose to attempt a perpetual motion machine of some sort.
Click to expand...

That's pretty hilarious- how many thought they had a working one?

Unless you can find a TRA mentor who is proficient in making motors that is willing to help I would opt for #3. Good luck!

djs said:
That's pretty hilarious- how many thought they had a working one?
Click to expand...

I don't know for sure, but I recall one such student running excitedly across the room to show me his 'breakthrough'. They left much less enthusiastically.

There were also a few groups that copied YouTube videos, one such being the heated bread knife which toasts (scorches) your bread while cutting it.

Don't forget to check this out as a possibility too. As long as you're doing the work, why not get some free stuff as a bonus?


And be absolutely SURE to check out the free education resources on the NAR.org webpage, particularly the five page article by Trip Barber "Model Rocketry in Science Fairs." There's a lot of wisdom and hard-won experience concerning what to do, and what not to do, that will be helpful, as well as a full page of project ideas.

Be sure to check these out.

Lots of good info about nozzles in Rocket Boys.
Last edited by a moderator: Oct 24, 2018

Regarding the accident at Idaho -

"We were testing a new fuel design for the rocket engine and we didn't have reason to believe it would blow up or anything because it was a slow-burning fuel, but as soon as it was lit, it blew up," said Thurman.
Click to expand...

Do NOT experiment with fuel composition!!!!!!! If you have to make your own, google "sugar rocket". I don't even recommend that, but it is a better option than trying to invent a new propellant.
Something else you need to factor in; would the school even allow you to deal with pyrotechnics? You have schools that treat little kids like terrorists for bringing in quarter sized lego guns, so there is a pretty good chance they will crap bricks when it comes to ANYTHING pyro, even an estes engine. The idea of "home made" propellant could get school authorities to go through the roof.
If the school is anal or you decide you don't want to risk an accident you could always look in to alternative propellants. You could design a water rocket, or take the vinegar and baking soda bottle rocket to the next level. Those are just coke bottles with corks in them, you could make an actual rocket with a pressure chamber and nozzle.

Incongruent said:
about half the class chose to attempt a perpetual motion machine of some sort.
Click to expand...

That is indeed funny, although in the interest of full disclosure I must confess I went through a brief perpetual motion machine phase in my youth, until I got it out of my system and accepted the impossibility of it all.

Perpetual motion works. You could roll a ball down this staircase forever! 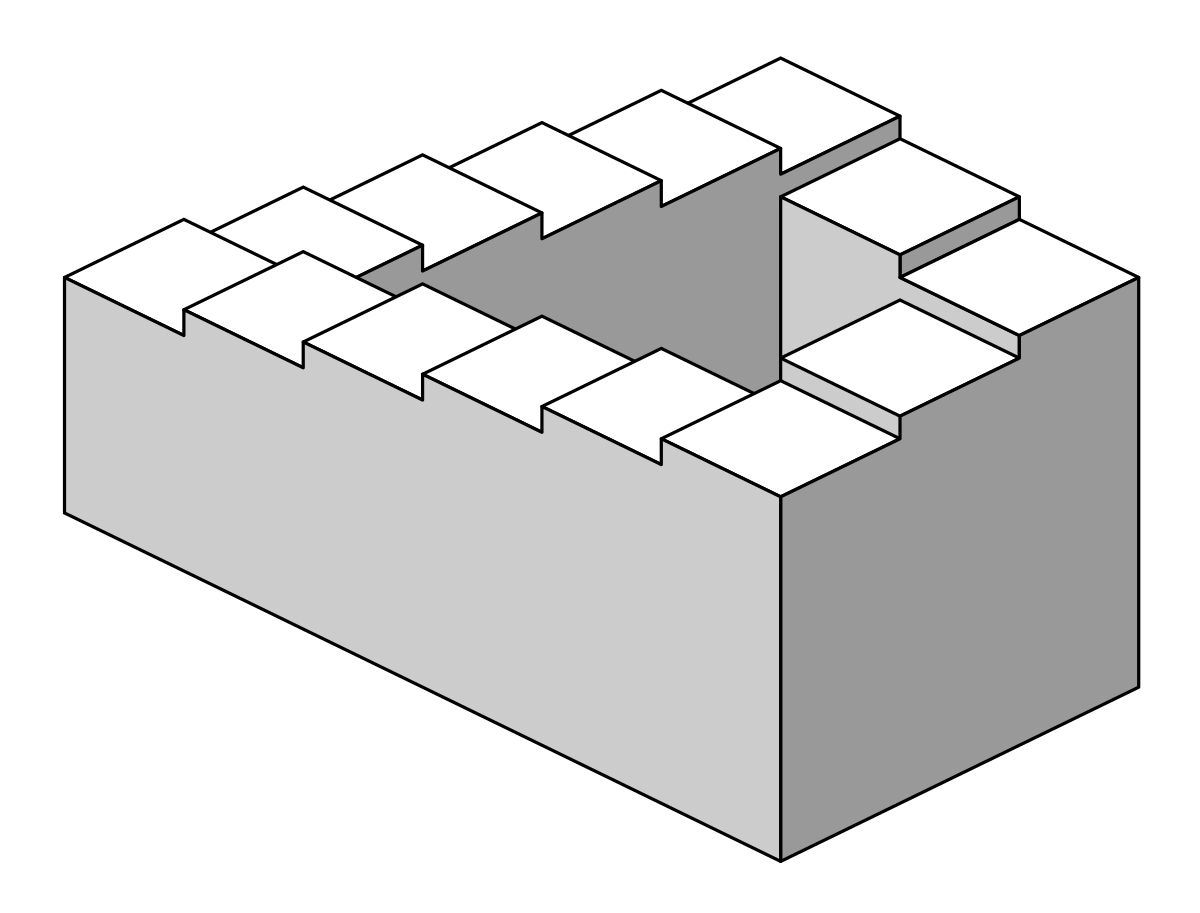 Hey, sorry everyone for the delayed reply since I just moved and haven't had time to check this thread. I've read through your ideas and think that this is definitely something I am going to follow through on. I've spoken to my engineering teacher, as well as my physics and chemistry teachers and they all agree that motor design is not something I should play with so kudos to you for calling it as well. I'm going to read over the links you guys sent me and will try to find a hypothesis that is interesting to me but also important to rocketry as a whole. I'll try to update this when the science fair actually happens but it is in a very long while from now so I definitely have time to experiment and jumble a few ideas.

See now you can walk around the science fair looking at the other projects and say rather smugly, "well that ain't exactly rocket science is it?"