So, I'm wanting to sim it and if I'm doing one, I might as well do the other. I need scans of the EPIC II's instructions (I've got really grainy photos that just aren't doing it for me). I've downloaded the Sterling Silver's instructions.

I need scans (along with a ruler for scale) of the fins and the decals for the kits.

I will scan these at work for you. Does the ruler need to be on one page, all pages or seperate?

The fins and decals can probably be done on one scan with the ruler. The instructions don't need to include a ruler... Just be legible.

Sorry for the delay... I've been knocking myself out trying to get the ESAM-58 sim done (It's finished).

I'll pull this up after dinner.

All The Best!
Jim

A few more questions to be asked...

What is the length of the shock cord and the streamer? How wide are they?

How thick are the fins (I have my guess, but I'd like confirmation)?

K'Tesh said:
A few more questions to be asked...

What is the length of the shock cord and the streamer? How wide are they?

How thick are the fins (I have my guess, but I'd like confirmation)?

Thanks!!! I keep getting deeper into this kit, and discovering gaps in my knowledge... Can you get dimensions on the Yellow Tube Coupler (030120) (L, OD, ID)? Is that a length of the same yellow tube segments used for positioning engine blocks?

This is a THICK and TIGHT coupler, almost too tight.

The positioning tube is very thin and not tight fitting at all. 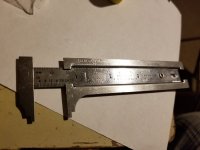 Thanks for letting me know!

As noted over in the Epic II three-stager thread, the Sterling Silver fins are 1/16 inch thick. I don't have an Epic II to compare (at least not yet).

OK - back from Hobby Lobby. I can confirm that the Epic II is a Sterling Silver in new livery. All the part numbers, save for the decal, are identical between the two kits. This includes the fin set.

Oddly the particular Epic II I brought home had two sets of fins in the bag. I hope someone didn't get one with no fins. The other one on the hook at HL had its fins (but also squashed tubes ).
Last edited: Oct 31, 2019

So, after writing the below, I humble myself yet again and concur with your measurement. I went back and re-measured before posting. At first I confirmed that the fin would not go into my 48hr-old set of 1/16 fin guides, it was just too tight. Then I measured with the calipers and saw that it was narrower than I first thought. Went to the 3/32 set, it was sloppier than my initial test fit. Then I went back to Qualman's 1/16 set and with a little persuasion it did go in.

Hmmm, apologies extended before the actual challenge. And apologies to K'Tesh.

I almost feel better that I found my error, than not to have recognized it.


BEC said:
OK - back from Hobby Lobby. I can confirm that the Epic II is a Sterling Silver in new livery. All the part numbers, save for the decal, are identical between the two kits.

Oddly the particular Epic II I brought home had two sets of fins in the bag. I hope someone didn't get one with no fins. The other one on the hook at HL had its fins (but also squashed tubes ).
Click to expand...

Having prepped a bunch of Alphas for use in Museum of Flight programs (a model that nominally has had 3/32 inch thick fins since 1965) I can say for a fact that the balsa stock that Estes' Chinese supplier uses is.....inconsistent. And it's often thicker than the English units thickness that we expect to see. In fact, David Qualman had to cut me some special versions of his 3-fin BT-50 3/32 inch classroom fin guides with widened slots to use with some of these Alphas.

But I've built model airplanes since I was a grade schooler (which is over half a century ago now) and long ago could recognize balsa stock dimensions including sheet thicknesses by eye. While the fin sheets for the Sterling Silver/Epic II may be a bit over 1/16th thick, they aren't 3/32s.

Glad you were able to check and see....

Thanks for working that out guys! I tried to call John Boren, but missed him. Also missed talking to Randy (eRockets.biz) who has the Sterling Silver. It's been a frustrating morning.

I locked myself out of my apartment. I had just put out the waterbottles I was getting replenished, when I heard them being moved. Good! He's early!!! I open the door only to find the cleaning lady moved the waterbottles. I turned around, and my door had closed, and my keys were in my other pants. Phone was in the apartmnent. So, I couldn't text the delivery guy, or my apartment's landlord (it's more like a condo), building management doesn't have the keys either. Had to wait for the delivery guy, get let back into the building (security door). Fortunately, I was able to pay for the delivery, as I had taken cash out with me when I thought it was him. I had just enough for cab fare to and from work (where I had a key hidden, just in case).

I now have a key hidden in this building. If I can only remember where I hid it.

I've grumbled at John about the fit of some of his clever laser-cut assemblies and also grumbled at a couple of laser-cut model airplane kit suppliers as well. All of them have told me that balsa sheet thickness can vary so parts where sheet stock fits in a slot can sometimes be snug (or loose depending on what choices were made in the cut files).

I guess no one mills it as well and consistently as Sig used to do 50 years ago....

Thanks to you both for your understanding and education. Now I'm hopping over to another thread and see how I can mess with some other folks.

Damn... I was working on the decals for the Sterling Silver during a short break between having to go into work to make a balloon arch for our 2nd location, and our 1st location for making another for the Halloween party we had on Friday. I was almost finished when I had to rush off. I get home, and feel totally shredded (tossing chairs from one room into the hall and back, as well as getting all the decorations down after the party, then having a bike ride to do all of my usual work night prep errands (but 1/2 the places were closed for the night, it was that late)). I took a couple of Advil, and after eating, poured myself into bed. This morning when I wake up, my computer had rebooted, and all that work was lost.

I still feel pretty knackered, and I have a long day again tomorrow... This is not going to be finished before my Monday. I'm ready to post sims, but the decals aren't ready again.

Rarely have I had so many problems with a sim this simple... I just had to do the decals three times. First time, I'm nearly done with it when I have to run to work. Then the computer reboots and I lost it. Second time... while I'm redoing the decal, I'm constantly saving it as I go. The computer freezes, I reboot, and I get a "file not recognized" type error message. I'm tired of not having this thing done. It should have been done three days ago!!! ARRRRRRGGGGGGG!!!!!! 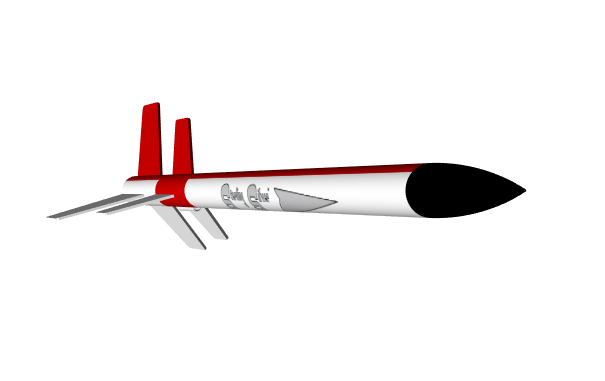 Wait a minute, I think I heard this story last week, or close to it. Deja vu? Or are you stuck in a repeating cycle? Or am I precognitive and need to go to Vegas.
You must log in or register to reply here.
Share:
Facebook Twitter Reddit Pinterest Tumblr WhatsApp Email Link