A December 2005 Wallops newsletter indicates the FASTT was launched by a Terrier-Orion.

Anybody got some insider info or pics?

EDIT: Hmmm. Could the HyFly program be it (or related)? Pic on this page-
https://www.atk.com/AdvancedWeaponSystems/advanceweaponsystems_hyfly.asp

Initial flight tests of an un-powered airframe at Mach 6 and approximately 60,000 feet have been highly successful. The next series of tests will use a fully operational scramjet engine integrated to the airframe.
Click to expand...

So.... Does anyone know what the inlet shroud looks like?

This is it for public consumption. From https://www.globalsecurity.org/military/systems/munitions/hyfly.htm 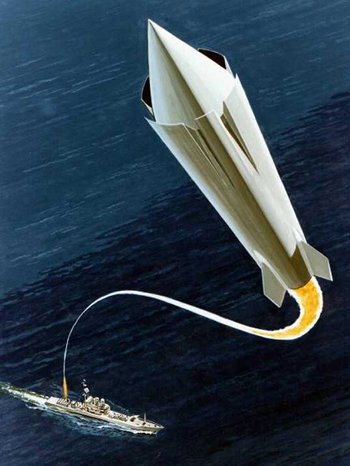 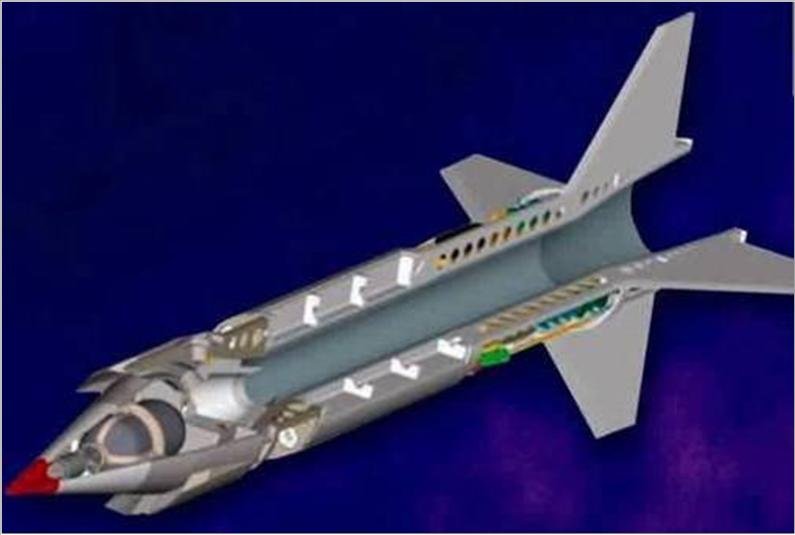 Originally posted by bobkrech
This is it for public consumption. From https://www.globalsecurity.org/military/systems/munitions/hyfly.htm
Click to expand...

Thanks. Already had those.

The DARPA press release says "Following separation from the booster, the vehicle jetisoned
the inlet shroud and the scramjet ignited..."

That suggests the nose doesn't look like those pictures for boost configuration. I'm curious
to find out what the shroud looks like and how it separates (splits into two or more pieces?)
from the vehicle.

I wouldn't be surprised if the entire vehicle is shrouded to aid in cover separation.

The 2005 Sounding Rocket Handbook describes the payload sections for the Improved Orion as:

"The standard payload for the Improved Orion has a principal diameter of 14 inches and utilizes many nose cone shapes. The normal payload length varies from 72 to 100 inches although this is not the maximum envelope. Payload diameters as small as 4.5 inches are flown on the Orion and performance characteristics are most favorable for 85 to 150 pound payloads.

Standard hardware includes a separable clamshell nose cone and an Orion standard ignition system. Separation systems can be provided to separate the payload from the motor during ascent."

and for the Improved Terrier Orion as:

"Payload configurations supported by this vehicle include 14 inch and bulbous 17.25 inch diameters. Payload weights ranging from 200 to 800 pounds can achieve altitudes of approximately 200 to 80 kilometers respectively.

If I had to guess, I'd assume a clamshell payload section covering the entire missile.

Northrop And Raytheon Have Been Secretly Working On Hypersonic Missile