Ryan Sebastian (butalane) has passed away

Ryan has passed away after a tough fight against cancer. He was an exceptionally sharp rocketeer and expert craftsman. We started building rockets and mixing propellant in our parent's basements as teenagers and he advanced all the way to working at SpaceX. My fondest memories are sitting around with a few beers trying to solve seemingly impossible rocket problems and then launching huge rockets successfully the next day.

Some of Ryan's projects:

So sorry to hear about his passing. Prayers for his family and friends.

This is such a monumental loss. I'm proud to have called Ryan a friend. He and I mixed my first batch of propellant at his house circa 2004 and have been sharing ideas ever since, with Ryan doing the majority of the sharing.

My favorite story about Ryan was when my high school hockey team traveled for a big tournament near where he lived at the time. We were short a couple players because of conflicts so I got the green light to invite him out to play. He fit right in with the guys and we had a ton of fun that weekend. At one point Ryan laid a huge, clean body check on a kid that he had been pestering all game. The kid (who was much smaller than Ryan) got up, freaked out and started rabbit punching Ryan in the helmet. The kid was fully expecting a retaliation that never came from Ryan. The kid stopped punching and the ref came to round him up, all the while Ryan was laughing his ass off at the kid for acting like an idiot.

Ryan always got the job done. I'm really going to miss him.

I'll leave you with a shot of my Competitor flying on a 76-7600 that I mixed with Ryan in his garage. It was the last motor we made together. 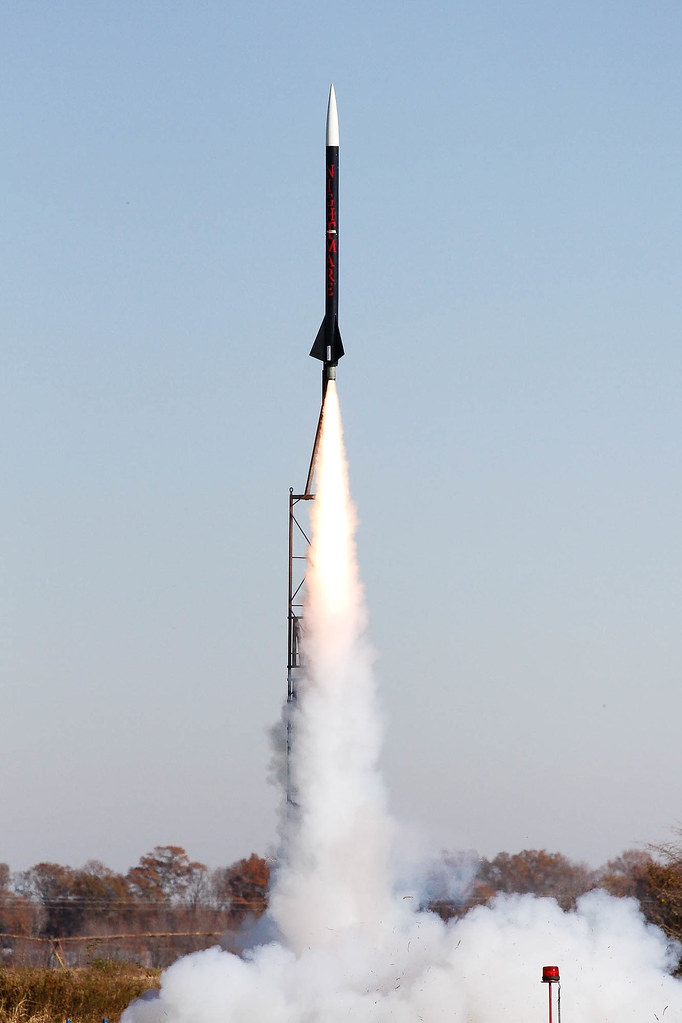 Todd, thanks for posting to TRF. I learned of this yesterday and found myself lost much of the afternoon. Just made me sick knowing how his talents and great personality were lifted from us far too soon. My heart breaks for his wife and son....prayers sent to them. I just can't imagine, and am genuinely bummed/disturbed.

Enjoyed spending time with Ryan last fall; was generous enough to give me a tour of SpaceX and help out with a project.

The world has lost a very talented rocketeer and an awesome man! Godspeed, Ryan!

Feeling very saddened by this news... prayers to family...

I first 'met' Ryan on ROL. Ryan S was your typical want to do it all now rocket kid. It took me awhile to realize Ryan was not just talk. Ryan did the things he said he was going to do. Ryan S disappeared for awhile...college seems to do that to kids. Years later I get an email...it's Ryan and he now lives in CA. He wants to know where to get Ex chems from. At the time chems were hard to find. It wasn't long before I had drums of chems being dropped off at my house. Again I realized Ryan was not just all talk. Ryan started hanging out with AeroPac. As a 'rocket brat' he learned a lot about rockets. Then while away at school he learned so much more. Ryan worked in the "Rocketry" business. I was amazed at what Ryan and David came up with. Honey Badger ...was an amazing rocket. They took stuff they learned as hobby rockets, college stuff and even a touch of work experience and put together an............................

as I was typing the above..I realized I'm sure going to miss Ryan!!!

I really didn't know him other than by reading his posts on line. "Want to do it all now" is a good description of how he started out. I blinked and he was doing it all. Then he made it to SpaceX. What a talented guy.

I only met Ryan once at Black Rock when I was getting back into rocketry in 2013. He was a nice and helpful guy and we both laughed and shared stories of our flights that weekend. Coincidentally a good friend of mine roomed with Ryan when he started at SpaceX - small world. I was really looking forward to meeting him again and following his projects. It's sad to lose someone so young and talented. Fly high Ryan.
Last edited: Jun 16, 2017

This is very sad news. I hadn't heard he was sick.

Ryan accomplished more in his few trips around the Sun than many of us will.

Heartbreaking. Ryan was a talented and giving guy. He invited me to his place in CA back in 2015 where we spent all day turning an awesome nozzle and carrier for my 6" motor. I was a newbie to machining but he was patient and I learned a lot. Agreed that Ryan was wise beyond his years. Others of you here knew him much better than I, but I'd say he's the type of guy that should have a launched named after him. RIP, Ryan.
F

Sad news indeed. I remember Ryan and Tod as young turks pushing their envelopes at METRA back in the glory days.

I was at a complete loss of words when I found out, I'm still not sure how to process something so tragic. I was very inspired by Ryan over the years and admired his tenacity. I helped with his last project and we were planning another Black Rock project when things settled down for both of us. I regret that this won't happen and that we wont be able to bring our sons to Black Rock together. I'll miss you Ryan.
Last edited: Jun 17, 2017

Very sorry to hear of his passing.

Ryan and I flew rockets together for several years back when he would attend CMASS and a few other launches together (Like Hallifax, MA, and NSL 2003). I taught him how to load his first reloadable motor. An E18. In 2001 I helped him with his high school science fair project where we launched dozens of rockets and took measurements. After several years he got into bigger and better things and moved on to the BIG launches around the country. I still saw him once in a while at different events I attended. I think the last time I saw him in person was in 2007. Even though the years have passed, and I haven't talked to him much for years, this loss feels heavy on me.

I followed several of his threads when I got back into rocketry. Sad loss for the community. RIP.
R

Hey Todd, sorry to hear the loss of your bud. A loss for model rocketry and the nation's aerospace industry. So young.
The few times I met w/ Ryan was thru you at MDRA. He always seemed to be smiling or happy.
Id point out to people, when you guys were grouped carrying some big rocket, There goes the College Crew.

fyi to all- That Pee Green motor was a snap ring case.

Ad Astra,Ryan-the Rocket Gods took one of their own back home. Us mortals will miss him.

Sounds like a great rocketeer and even better friend. Sorry for your loss, your memories make me wish I had met him.

I was able to attend Ryan's memorial in Hermosa Beach. Ryan was young, working at SpaceX, married to a great woman and just had a baby. I'm still at a loss for words and trying to make sense out of it. It was good to see DeeRoc, Burner, Oberth and David Reese there.

Wish I could have known him. Safe journeys.

RIP: David Warner (AKA Chancellor Gorkon) Has Passed Away