Odd, I get daily email deals from them. None close enough to go to.
Received one this morning. They must be selling inventory?
I couldn't afford to buy anything anyway.

JohnCoker said:
I also fondly remember Fry's from the '90s and early 2000s. I haven't been in one for probably a decade so I didn't witness the decline. It's interesting that they failed in slow motion. I guess management was asleep or incapable of a pivot.
Click to expand...

I've heard rumors that management knew it was dead and spent the last few years funneling money out of the company and into their pockets.

Arpak said:
I've heard rumors that management knew it was dead and spent the last few years funneling money out of the company and into their pockets.
Click to expand...

That doesn't surprise me.
If it was yours, I'm sure you would do the same thing.
Why close the doors broke?
Close the doors and retire.

Woody's Workshop said:
That doesn't surprise me.
If it was yours, I'm sure you would do the same thing.
Why close the doors broke?
Close the doors and retire.
Click to expand...

True, it's just sad to think with a little effort they could have pivoted their sales model or put actual effort into the website/e-commerce and stayed around.

I feel like there's a void in the brick and mortal electronics world that eventually someone's going to fill.

I spent a good deal of 2002 in the San Jose area for another job. I went to the Fry's a couple of times; only time I've ever been in the vicinity of one. I remember they had a couple of "museum type" exhibits there on pedestals, over near the food. One was either an Intel 4004 or 8008 (can't remember which). Next to it was a 1.5MW kylstron from the DEW line radar. Really cool stuff. 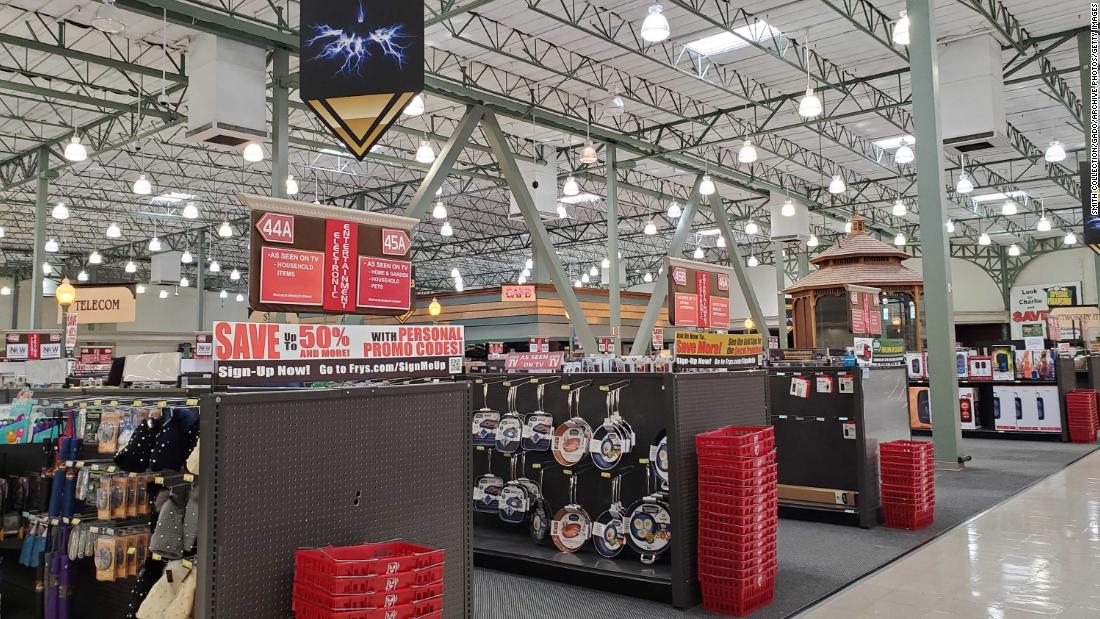 Fry's Electronics suddenly closed all of its stores overnight, ending a nearly four-decade run in business.

Sometimes they sold Estes rocketry stuff, too.
Click to expand...

Frys has been dying for a longtime.....

First it was Incredible Universe, then Comp USA, then Radio Shack. Now Fry's. How long until Microcenter bites it? 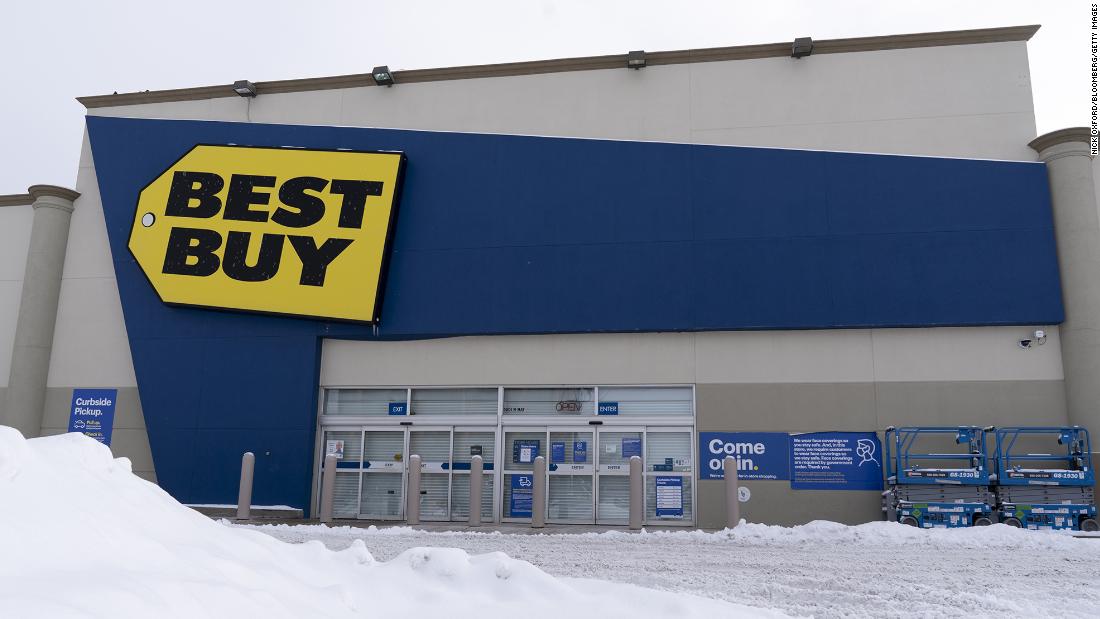 Best Buy said Thursday that it laid off 5,000 workers this month and is planning to close more stores this year as more consumers buy electronics online.

i still have a lot of cool stuff i bought from Radio Shack back in the day, like a Micronta multimeter, a decibel meter, and a battery tester among other things. And bags of parts I bought on deep clearance as they circled the drain. Their business model never seemed to make much sense. Sell some stuff super cheap and store brand stuff at prices so high that no one would buy. It was as if they were really a front for selling dope and tolerated the losses to give their dope operation a legitimate front.

Fry’s was somehow different. Their boom matched the rise of the generic PC and they rose on that bubble, with a little bit of generic Radio Shack strapped to the side. But the last time I was in one, about 12 years ago to buy an odd capacitor size, Fry’s had gotten so bloated with toasters, washing machines, and overpriced consumer electronics that i couldnt figure out how they were going to stay in business either. Amazon and China direct sales eventually killed them. I still have some of those odd capacitors, though.

It’s likely Best Buy will follow in their footsteps. I mean $35-40 USB cables that you can now order for 1/4th the price on Amazon and get one day delivery without leaving the comfort of your home, not spending money on gas, and no COVID exposure. Plus the checkout is like Fort Knox with them expecting you’re gonna try to swipe something...

But then again, with Amazon you have to contend with porch pirates.

cerving said:
I remember going to the original one in Sunnyvale back around 1987, they had rows of books and rows of components, with snacks at the checkout. Once they decided to expand, that model obviously wasn't going to scale up, so they started selling PC clone stuff, then phones, then appliances, etc... until they became a much worse Best Buy, with legendarily bad customer service. They made the same mistake that Radio Shack made... overexpanding beyond their business model until they lost any semblence of profitability.
Click to expand...

I loved the original store in Sunnyvale that was laid out on the theme of a pc board with copper colored traces and pc green tile floors, display tables that look like DIPs, and the store’s doors like computer keys labeled with “Ent” and “Esc”.

I loved the different themes of every new Fry’s that opened up in Silicon Valley. We took our out of state visitors on a tour of the different Fry’s Electronics stores. The was something wonderfully “Silicon Valley” about Fry’s. You could stock up for many development projects there.

But on the negative side, most of their employees were minimum wage who had no technological skills, and their quality control was practically nonexistent. The longest line at the store was for returning things that didn’t work. It seemed that the would repackage the returns, slap a Q/A sticker on it, and put it back on the shelf hoping that the next customer would have better luck.

I assembled at least half of dozen PCs from motherboards, cases, power-supplies, and other Fry’s components, but sometimes would have to go through several motherboards before I found one that would work.
Last edited: Feb 26, 2021

I think the pandemic, lack of income for most, and rethinking their way of life is hitting the mainline stores hard.
They have for years depended upon thrift spontaneous buys from shoppers. And the, "You need this and that, to make what you bought work" income, along with the American Public shopping on credit.
When I was working and had a decent income, I didn't give a 2nd thought to buying something we wanted or needed on credit. It helped keep the credit score up, which made interest rates lower and easier to buy on credit.
I think the American Public is getting away from payments. They are ordering online more because they can find deals they can't find spending time in stores. And they aren't buy on credit near as much. And even going to the stores has been a problem for the past year.
Society has changed and so has our way of life due to the Pandemic. It's bound to have impact on many vendors.
Fry's has been going down hill for a long time is news to me. I get Emails from them all the time, but by that alone I had no idea of their financial status. The things that I might have bought couldn't ship, and there isn't one very close to us.

I believe that upper management can have the finger pointed at them for any company's demise. If they can not change as fast as the consumer's way of buying changes, they quickly left behind. And the big profits they are accustomed to isn't there to support the greed of the that management. The business fails, and they move on.
Another huge thing that has impacted many isles of goods, is the big box store chains.
They order directly from China, get a container ship 1/4 filled with container for them alone, take it to their distribution centers, and then to end retail outlets. They control the cost the whole way from buying to selling.

While distributors and jobbers were once the main stream of how products made it from the manufacturing to retail centers, they have gave way to importer/exporters. Mostly Importers. They fill warehouses full of goods dirt cheap and then find a retailer for the stuff and then ship it to them. But even those are feeling the impact.

Anyone, and I mean anyone, can buy bulk from China these days. I joined a company that connects business' (and individuals) with manufactures in China. The 6pc cooking set you buy at your favorite big box store costs you $60 to 70$, or more. If you buy a container full of them, you get them for about $3 for the same 6pc set. Not aluminum, stainless steel. It's easy to buy stuff, selling it is another thing! You have to know your area and what you think the people will buy, and what they will pay. When that market is missed, income drops, stores liquidate for cost, and can't restock. And like the individuals, I think buying merchandise to sell on credit has taken a big hit as well.

I joined that company, it was free. I think it's called China Direct or Direct China, or something like that. I get Emails from them once in a while where one of their suppliers contacted me for a potential buy. I check it out, but I find it enlightening to what some of the Chain made stuff really cost's. I'm willing to bet it cost's more to insure and ship the container than the amount of merchandise that is inside it cost in some cases, like the cook sets. Electronics is probably different, and costlier to insure the shipment over the Oceans. Especially if passes through the Panama Canal.

It's an ever changing World, and things really changed fast when this Pandemic hit. No one was prepared, no one seen it coming, and no one had time to adjust. Everyone and Every Business is playing catch up, and some are not going to make it. We may just see the rebirth of Mom & Pop Shops and local small manufacturing come back to a small extent in certain regions. We have already in past years, with things like the "Farmer's Markets". In my area at least.

I am lucky enough to have a Microcenter about 30 - 40 minutes away. I never regret the drive. It's the last classic computer and electronics store that I know of. They always have looming piles of Arduinos and Raspberry Pis, along with heaps of electronics and even a small rocketry section (though pretty small). I really want to keep them in business.

I’d forgotten about https://www.microcenter.com/ because the closest is a couple of hours drive. Fry‘s was great when on business travel for picking up the inevitably forgotten items such as routers, Ethernet cable, etc.
You must log in or register to reply here.
Share:
Facebook Twitter Reddit Pinterest Tumblr WhatsApp Email Link