From a post in YORF, Doug Sams has passed away.

Doug was very helpful to me when I was just getting started in HPR, even though he was mostly a model rocket guy. He was a long time member of DARS - Dallas Area Rocket Society, a NAR club - but he ate lunch with a bunch of mostly Tripoli guys every Wednesday for years at our weekly 'rocket lunch'. He was a master model builder whose rockets were works of art, just beautifully finished. But he was always willing to share his secrets to getting great finishes, and I still have my notes from a talk he gave years ago at the Plano, TX, bingo hall where DARS used to meet. Even after many of us left DARS he still came and ate lunch with us, and was a great source of not only rocket information, but also anything related to cars, and, as some will fondly remember, WWII battleships.

One of the great things I appreciated about Doug is that he always assumed whoever he was talking to was as least as smart as he was, which was often not the case when it came to electronics or cars. If he did sense I was having a hard time following along, he'd explain something to me in reasonably simple language, but not in a way that made it seem like he was talking down to me. I once visited his work area at ST Microelectronics (he was an electrical engineer) and he happily took the time to explain to me all the cool gadgets he had on his workbench.

Doug was a true rocket guy, he built, finished, and flew some of the nicest models I've ever seen. Don at Squirrell Works even turned one of his designs into a Signature kit:

He loved staging and upscaling rockets. When he left Texas and moved back to Kentucky, I got several of his built rockets, including the sustainer of an upscaled Midget. I flew it for him at a Tripoli North Texas launch (March, 2021), the picture is below. 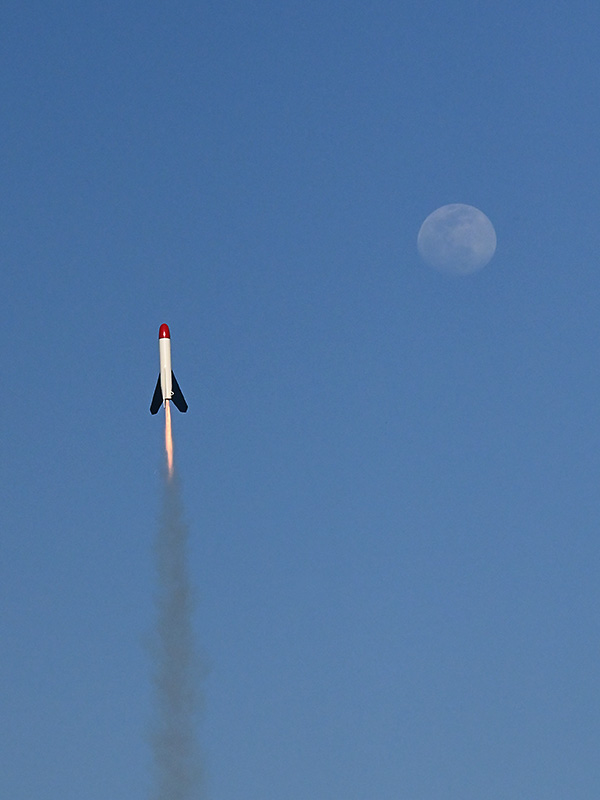 Well said Tony. I’ll just say he was a guy with a capital “G”. I have fond memories of wandering into the bingo hall in 2006 and Doug was one of the first to chat me up. I’m sad for his passing and the way he went out. I’m happy he was surrounded by family at the end and I’m happy I got to spend some little time with him in this life. RIP
Last edited: Jan 27, 2022
You must log in or register to reply here.

Drones make for a target-rich environment