Pictures of Fleet (for hotrod rockets)

Hotrod Rockets had asked for some pictures of the fleet of scratch built rockets my brothers and I have built.

So here they are...(from left to right)

The first picture is one of the whole fleet

The third picture is both two stagers completely assembled

The last two pictures are of a good rocket gone bad. It was called express mail. As you can see there is no nose cone. That is because when the ejection charge blew the shock cord assembly failed and the parachute sailed away with the nose cone. On its short fast voyage to the ground ended one of the fins broke off. But hey you cant have a perfect flight everytime

Be back with more pics 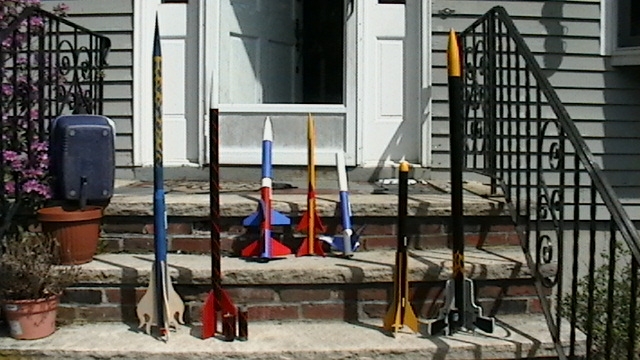 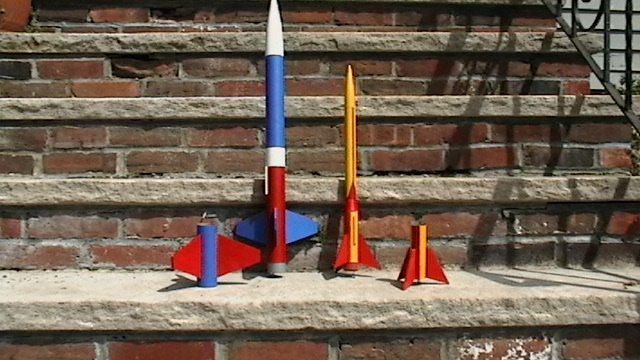 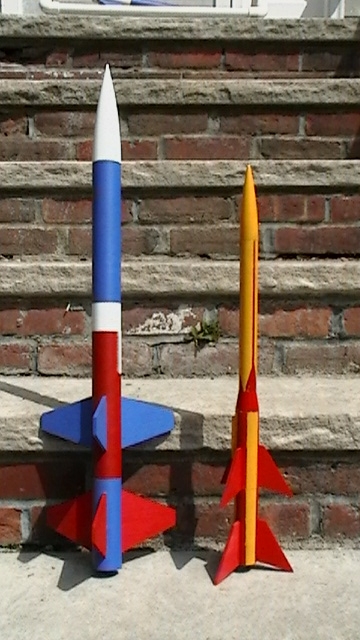 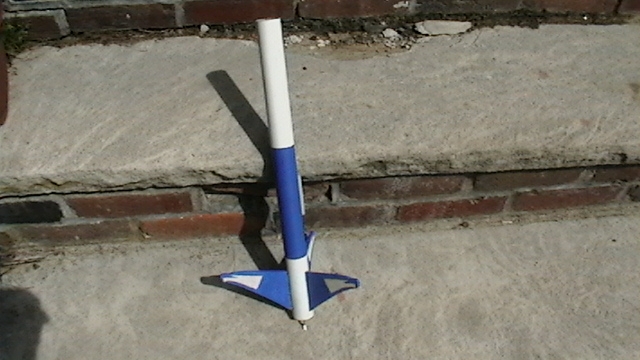 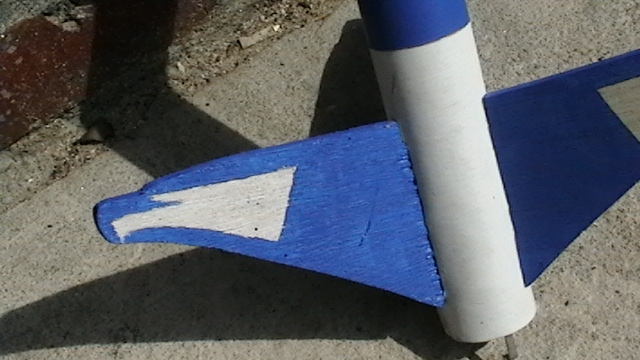 Now onto my brother Mark's rockets,

The flame rocket (right) was originally built for a C engine but was not getting high enough for the parachute to safely bring it back. So he took out the mount and put in a D/E engine mount. He designed his own fins to match the rocket (flames).

He also went to one up me on the stages and decided to build a three stage rocket. It starts off with a D12-0 to C6-0 to C6-7. It has not been launched yet but we are excited for when it finally does go up. 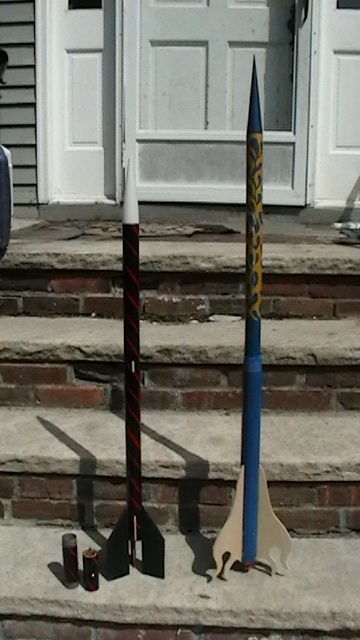 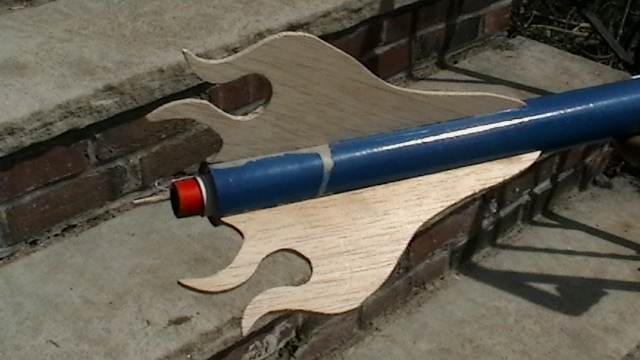 And last but not least, my brother Adam's rocket

Adam went with a cluster design for his Desert Eagle rocket. The engines are lined up next to each other. A central D12-7 with 2xC11-3 on either side. He also was very creative with his fins, they were cut out to look like the Desert Eagle gun and then he drew the lines of the gun onto them. He has not launched it yet but when he does he is thinking of putting a central D12-7 and 2xD12-3 on either side.

And that is our fleet of rockets. Our little brother joseph is following along in our footsteps as a young rocketeer, he got his first kit last year and launched that successfully a couple times and is looking for his next challenge. 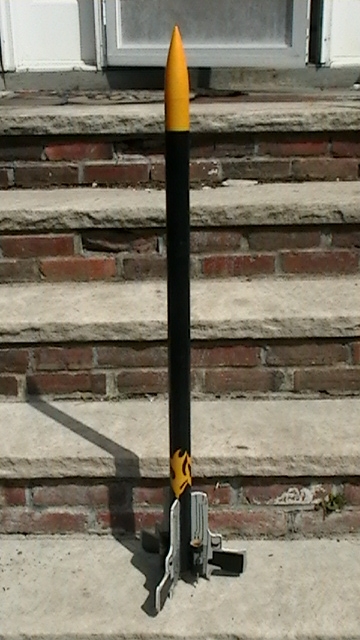 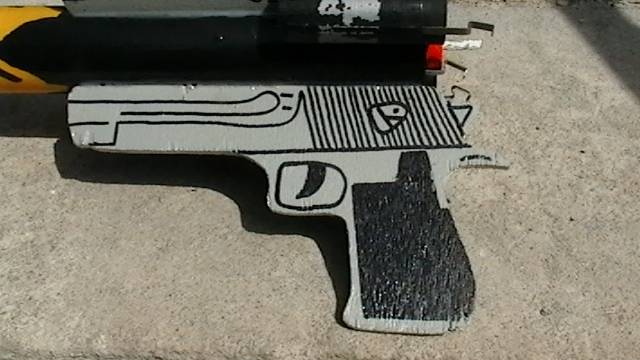 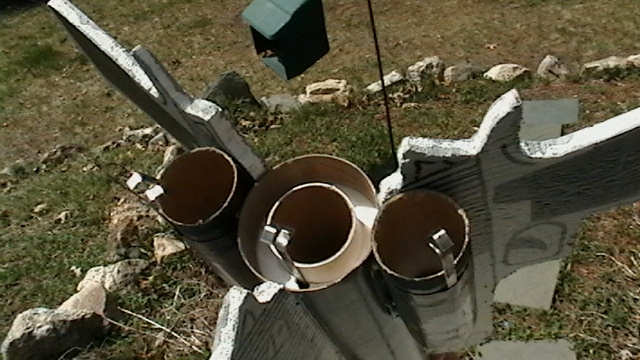 That's what I'm talking about! You guys rock.

Just remember to use plenty of nose wiegth to get the Center of gravity forward.

And the Cluster route is a good one for you guys More POWER!

------------
Notes these rockets where kid of heavy with rather thick fins. So they needed more power.

But Man are they cool. Keep up the good work!

Thanks! There will definitely be more to come


The fins on the desert eagle and three stage rocket were made of plywood but the fins on the flame, and both two stagers are balsa. And I agree, gotta love the power being put into those haha

Also the three stager used to be very short but my brother added another whole 18" long tube to move the CG forward. So now it should be able to go up on all three stages
Last edited: Apr 27, 2009
You must log in or register to reply here.

B
Split rear fin rocket I may build