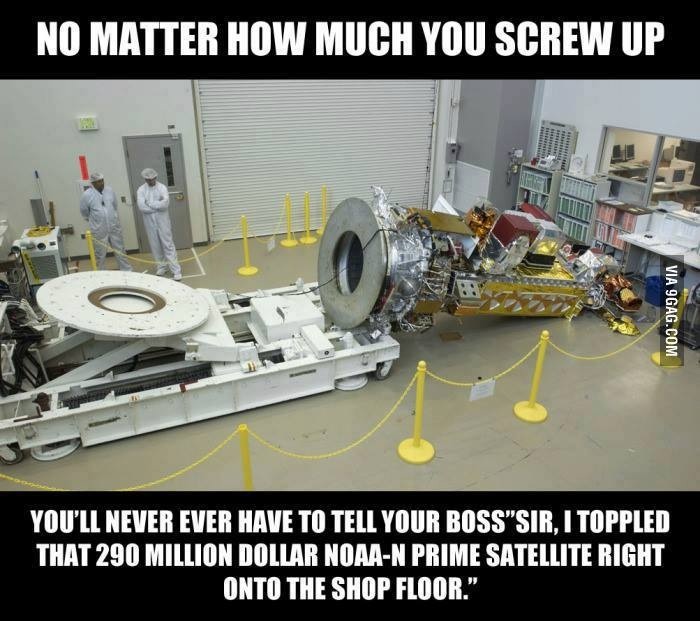 It took place at the Lockheed Martin Space Systems factory in Sunnyvale, California. As the team was turning the satellite into a horizontal position, they found out that the twenty-four bolts that were supposed to hold it in place had been removed by a technician - and the action was never documented.

"The NASA Mishap Board investigating damage to the NOAA-N-Prime satellite has released its final report.

On September 6, 2003, the National Oceanic and Atmospheric Administration (NOAA) N-Prime satellite fell to the Lockheed Martin Space Systems Company factory floor in Sunnyvale, Calif. Technicians were working on the spacecraft, when the accident happened. The spacecraft suffered significant damage.

The Board, chaired by the NASA Deputy Associate Administrator of the Science Mission Directorate, had representatives from NASA research centers and the Air Force Space Command, as well as advisors from NOAA and the Federal Aviation Administration."

"After it suffered significant damage when it tipped over on the factory floor in September 2003, the contractor used fees earned on the NOAA spacecraft it previously built to cover the cost of repairs.

Fortunately, since NOAA-N Prime was the last in the series, there were backup instruments and components available, so the contractor required “only a few” new components to fill in gaps, said NASA’s Wayne McIntyre, program manager for the Polar-orbiting Environmental Satellite, during a briefing on Jan. 22."

The satellite was launched in February 2009.

On September 6, 2003, the satellite was badly damaged while being worked on at the Lockheed Martin Space Systems factory in Sunnyvale, California. The satellite fell to the floor as a team was turning it into a horizontal position. A NASA inquiry into the mishap determined that it was caused by a lack of procedural discipline throughout the facility. While the turn-over cart used during the procedure was in storage, a technician removed twenty-four bolts securing an adapter plate to it without documenting the action. The team subsequently using the cart to turn the satellite failed to check the bolts, as specified in the procedure, before attempting to move the satellite.[13] Repairs to the satellite cost $135 million. Lockheed Martin agreed to forfeit all profit from the project to help pay for repair costs; they later took a $30 million charge relating to the incident. The remainder of the repair costs were paid by the United States government.[14] 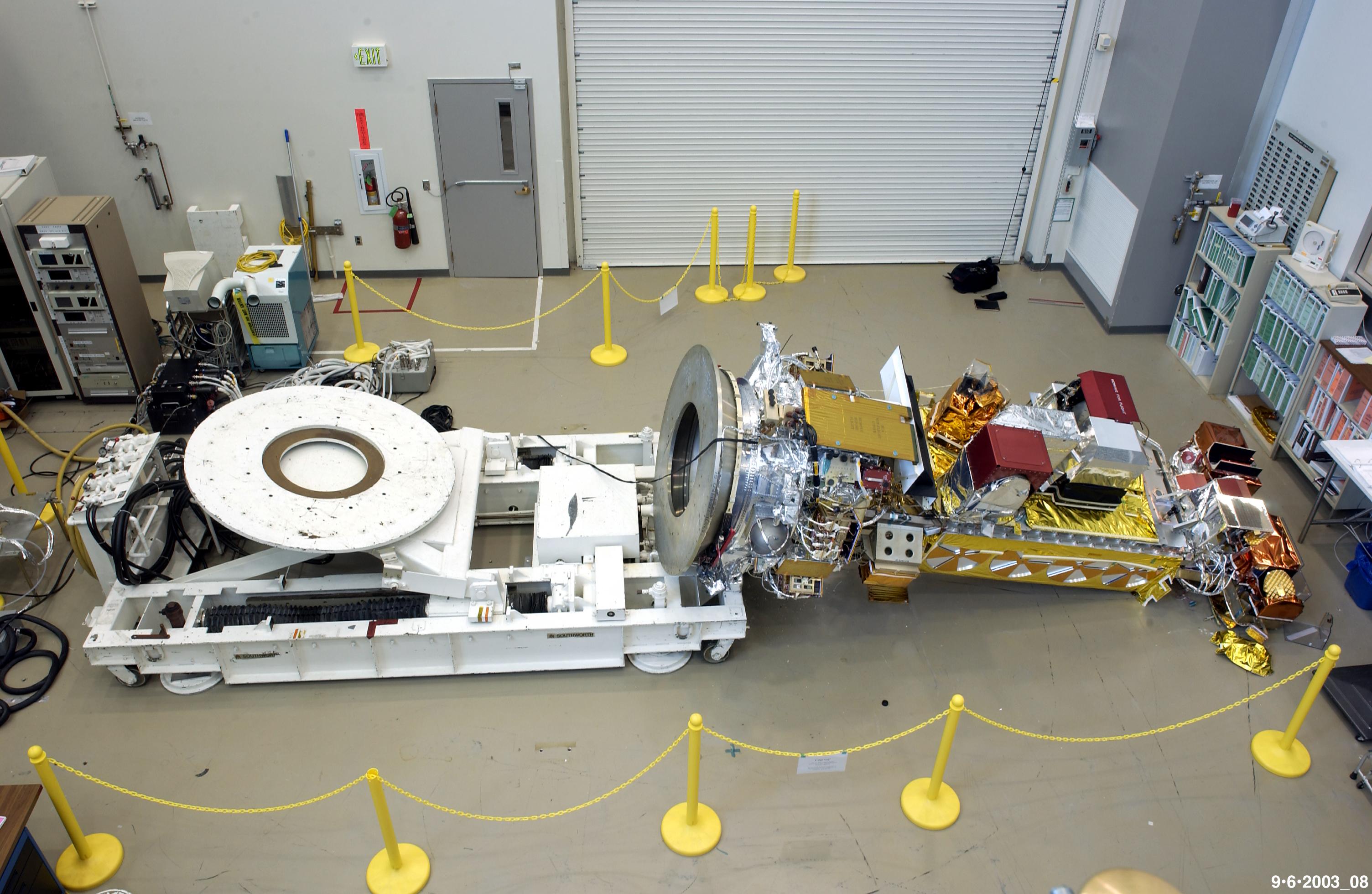 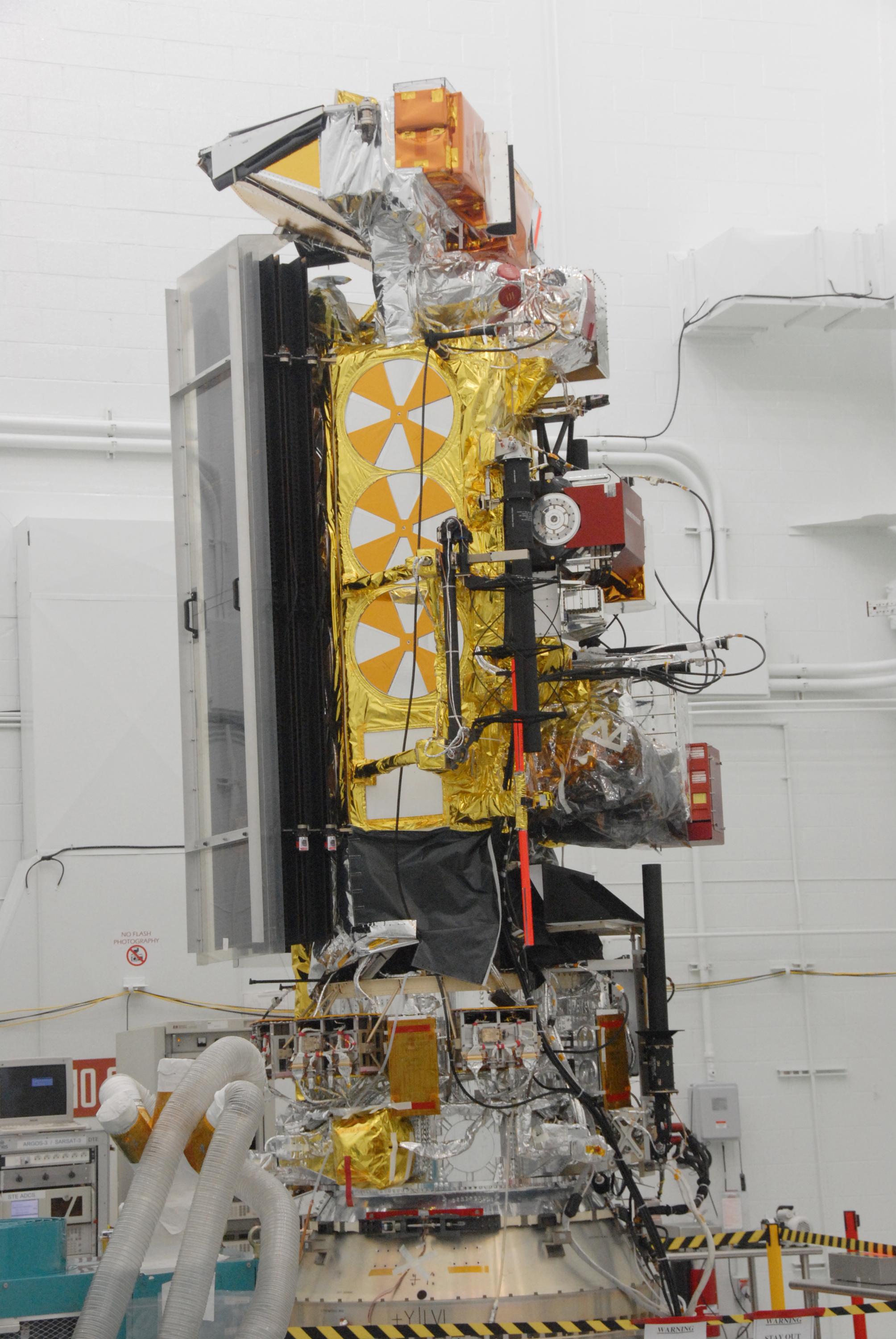 I wonder if the offending technician remained in their employ?

timbucktoo said:
yes, about 16 years ago!
Click to expand...

It was news to me... sorry for bringing it up.

I was wondering that, too. I'll bet they didn't.

The team moving it to a horizontal position was also supposed to check the bolts per procedure. Plenty of blame to go around.

Location
The Edge of Nowhere

In notorious gov'ment mentality, the probably got promoted.

This was a series of pretty egregious life-safety infractions; removing load-bearing bolts without logging, moving the assembly without checking the bolts, tipping the unchecked unbolted assembly, probably others.

I'd bet around three people got the sack for willfully / carelessly violating documented safety protocol thereby endangering the whole team. And, y'know, a bazillion dollars.

I'd guess a savvy fast-moving manager fired all three as quickly as feasible while treading water on the renegotiation side so they could show they were being Tough On Crime.

But that's a whole lot of supposition.

Winston said:
I was wondering that, too. I'll bet they didn't.
Click to expand...

They couldn't afford to fire them. They had $135 million invested in their education.

I showed this to a coworker with a past at LM for laughs.
'Hey ____, wasn't this you guys?'
"Nope, I worked Martin Marrieta. Sunnyvale's where all the Lockheed kooks were...."

We Are the NRO: Research and Development at the NRO