Grace Potter video with NASA, "Look what we've become", and women of NASA

BTW - One of the old-school ladies of NASA is Margaret Hamilton (not the actress). Seen on the left at about 50 seconds in the above video.

She was Director of the Software Engineering Division of the MIT Instrumentation Laboratory, which developed on-board flight software for the Apollo space program.

Hamilton standing next to the navigation software that she and her MIT team produced for the Apollo project.

She recently received the Presidential Medal of Freedom.

Hamilton, who also spent time as a computer scientist at MIT Lincoln Laboratory before starting her own software company, was honored for her contributions &#8220;to concepts of asynchronous software, priority scheduling and priority displays, and human-in-the-loop decision capability, which set the foundation for modern, ultra-reliable software design and engineering.&#8221;
Click to expand...

And opening in January, will be the movie Hidden Figures

The stories of NASAs formative years and the early days of the space program have been chronicled time and time again, but Theodore Melfis Hidden Figures is telling one weve not seen before about the African American women who helped send rockets to the stars. Its looking great so far.

Weve been looking forward to this movie for quite some time, and the first trailer does a lot to stoke our excitement even furtherespecially because of its surprising amount of humor amidst the serious backdrop of how women and African-Americans were treated in the 60s. This looks full of style, fun, and insight into the earliest days of the space industry. Hidden Figures is due to hit theaters in January 2017.
Click to expand...

"Rise of the Rocket Girls: The Women Who Propelled Us, from Missiles to the Moon to Mars" 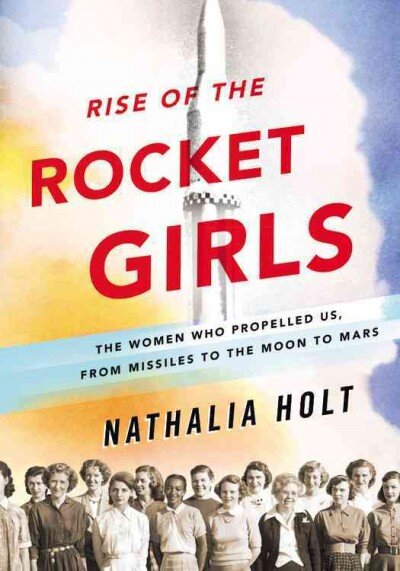 georgegassaway said:
And opening in January, will be the movie Hidden Figures

My daughter is going to a preview of this movie tonight with her rocketry club. I'll report back.

boatgeek said:
My daughter is going to a preview of this movie tonight with her rocketry club. I'll report back.
Click to expand...