Even 34 years later the memory is painful. 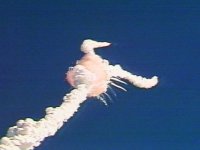 The devil, we're told, in hell was chained,
And a thousand years he there remained,
And he never complained, nor did he groan,
But determined to start a hell of his own
Where he could torment the souls of men
Without being chained to a prison pen.

So he asked the Lord if He had on hand
Anything left when He made the land.
The Lord said, "Yes, I had plenty on hand,
But I left it down on the Rio Grande.
The fact is old boy, the stuff is so poor,
I don't think you could use it in hell any more."

But the devil went down to look at the truck,
And said if it came as a gift, he was stuck;
For after examining it careful and well
He concluded the place was too dry for hell.
So in order to get it off His hands
God promised the devil to water the lands.

For he had some water, or rather some dregs,
A regular cathartic that smelt like bad eggs.
Hence the deal was closed and the deed was given,
And the Lord went back to His place in Heaven.
and the devil said, "I have all that is needed
To make a good hell," and thus he succeeded.

He began to put thorns on all the trees,
And he mixed the sand with millions of fleas,
He scattered tarantulas along all the roads,
Put thorns on the cacti and horns on the toads;
He lengthened the horns of the Texas steers
And put an addition on jack rabbits' ears.

He put little devils in the broncho steed
And poisoned the feet of the centipede.
The rattlesnake bites you, the scorpion stings,
The mosquito delights you by buzzing his wings.
The sand burrs prevail, so do the ants,
And those that sit down need half soles on their pants.

The devil then said that throughout the land
He'd manage to keep up the devil's own brand,
And all would be mavericks unless they bore
The marks of scratches and bites by the score.
The heat in the summer is a hundred and ten,
Too hot for the devil and too hot for men.

The wild boar roams through the black chaparral,
It's a hell of a place he has for a hell;
The red pepper grows by the bank of the brook,
The Mexicans use it in all that they cook.
Just dine with a Mexican and then you will shout,
"I've a hell on the inside as well as without."​