I finally completed my A.C.M.E. Spitfire after getting the kit a year and a half ago. I dressed the rocket is a Huneywhell Six Sigma scheme.

For those who are lucky enough not to know what Six Sigma is about, it deals with reducing errors and variation in processes. It is one of those quality improvement campaigns that big companies do from time to time to save thousands of dollars. Unfortunately, the campaigns cost million, so the cost savings are minimal. Six Sigma is the kind of thing you read about in Dilbert.

Anyway, it is a bittersweet completion. An engineer at work would ask me if I had finished it whenever I showed him some of my rocket stuff or data from my altimeters. The Spitfire was the one rocket he really wanted to see. Regrettably, Terry died a few weeks ago and never saw the completed rocket. I had just pulled it out and started to work on it again a few days before we heard he had died. Sorry Terry. I know he would have loved the scheme as he was a curmudgeon at heart. He despised all of the quality improvement programs that always seemed to make things take twice as long, cost twice as much, and not really help things. OK, I'm being a little too cynical on Six Sigma nad stuff, but I'll be the curmudgeon tonight in honor of Terry.

Here are some photos of the rocket.

For my design I used one of the skins that I downloaded from the Fliskits website. I heavily modified it by adding more patches, moving rivets, changing the colors from red and green to red and white and adding some advertisements and a lot dirt and smudges.

You can see in photo 1 that Huneywhell has a few spelling errors. Someone came along and changed the U to an O by adding some paint. The H has been crossed out and a second L had to be added to the shroud. The lettering also starts out real big and gets smaller and smaller as it gets to the bottom and they run out of room.

Photo 2 is the Six Sigmar side of the rocket. As a tribute to Terry I have a note from him telling someone to paint out the r in sigmar. The big boss never says sigma, it's always sigmar. And someone added a 0. in front of the 6 to better reflect that the rocket is really a 0.6 sigma design that a 6 sigma design.

The other photos show some of the other details I have added. 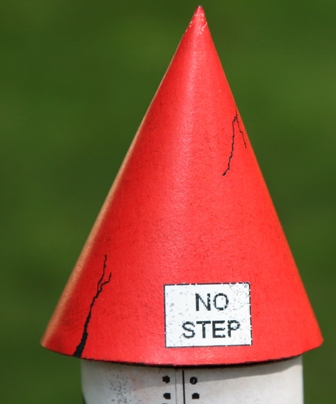 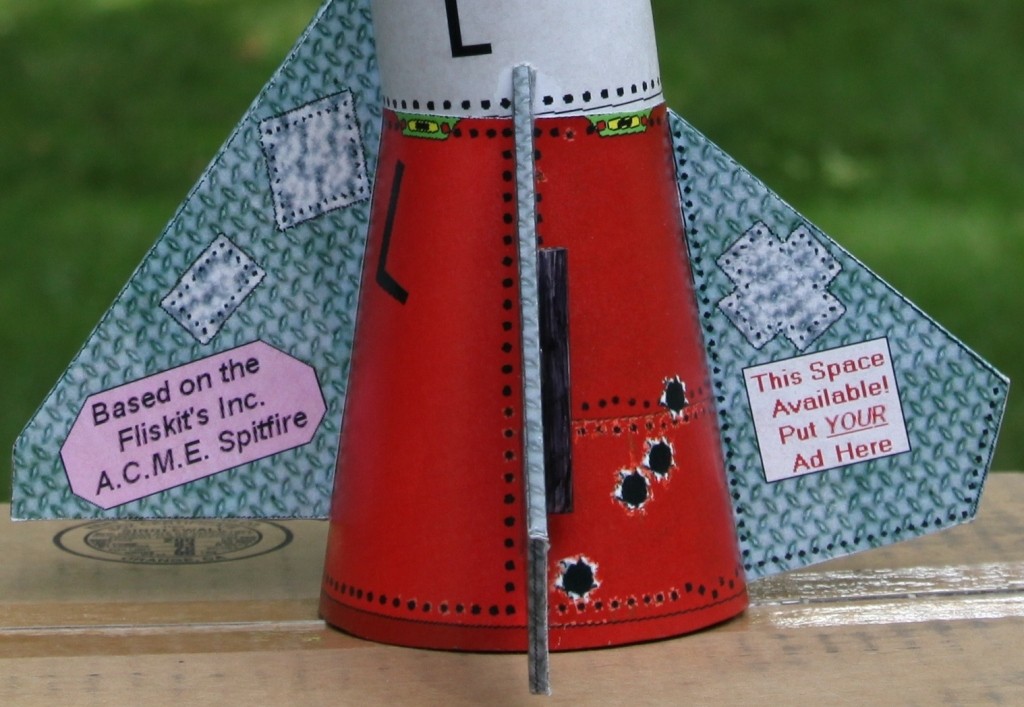 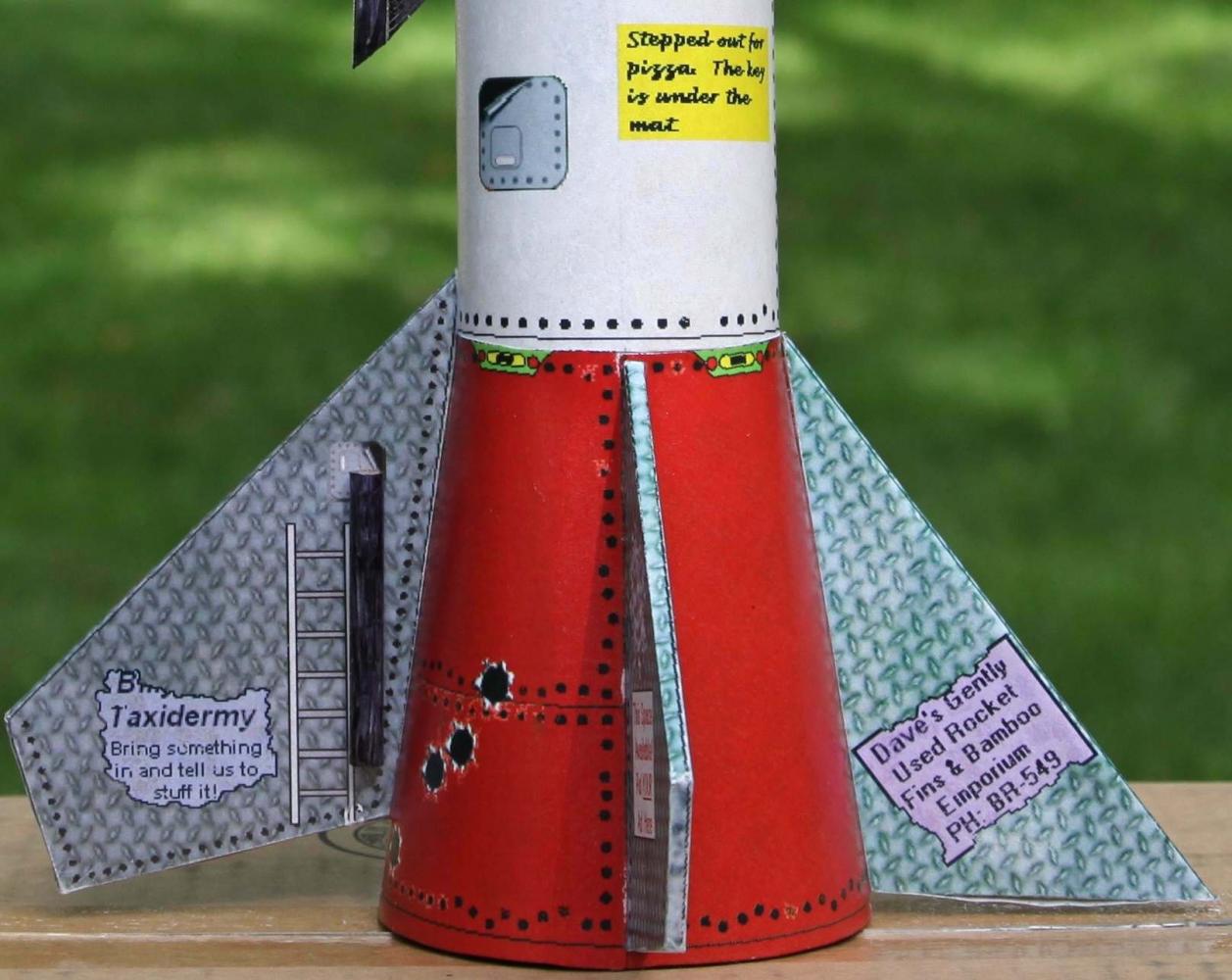 Two more photos and I think that pretty well covers it. 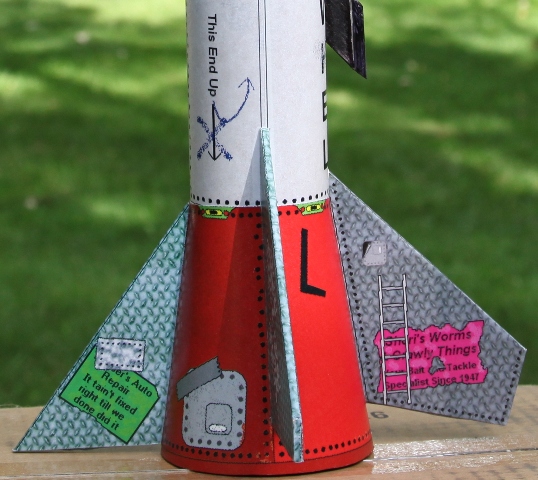 I love the level of detail and attention to detail in this build.

The ACME Spitfire is like the Deuce just screams to be made uniquely yours.

I don't have to deal with 6 sigma, LEAN is bad enough.

I love your taxidermy add
You must log in or register to reply here.

Reminiscing: How rocketry electronics have changed in 25 years!!
2