This is a PML Tethys that I am hoping to certify with this month. I had initially planned to launch on Oct 10, but there was a scheduling conflict with the land owner. So, I am hoping there is another launch coming up where I can get this thing airborn.

Today, all that I had left to do was to throw some paint on it. I went with Killz primer (2 light dusts), a coat of Duplicolor filler auto primer, and sanded each primer coat. These prep steps were done last week, and all I needed was some nice weather to spray the airframe. At the same time, I primed and rattle-canned the nose with some store brand primer and black paint.

Luckily this weekend is filled with nice weather, so this morning I fired up the compressor and pulled out the gun. I used red Duplicolor paint (no mix, no thin) as the color coat. This went on in 2 coats, with about 10 minutes between. Then I added the Duplicolor "metallic clear", which has some metal flake in it. This took 2 coats as well, with the 10 minutes between. I followed those up with the Duplicolor (can you tell thats the only brand the auto parts store had? ) final clear. This received 4 coats, since I decided I would buff/polish a little bit.

Here is the outcome, with apologies for the cell phone pic:

I cant wait to get this one in the air!

First flight will be an H152BS. I'll see how that one goes first.

Nice job. Take some pics of the first flight.

First flight will be an H152BS. I'll see how that one goes first.
Click to expand...

Good choice. The CTI blue streaks are quite nice - they have a nice noticeable blue flame even in the smaller sizes (unlike AT blue thunder).

It was a nice flight, the delay, even at 10 seconds, seemed a little long, and it weathercocked a bit at apogee, but then the chute popped out. Then I panicked when I realized that the chute was not opening all the way. It came down quicker than it should, but thanks to the soft ground it survived. When I got to it, I saw that the piston had not ejected fully and a shroud line wrapped itself around the body tube. The piston was almost jammed inside the airframe, and that appears to be due to the material expanding in the sun. I was 3rd on the flight line and it was only on the pad about 2 minutes before launching, but had sat in the sun next to the FCO table for about 30 minutes prior. Had I checked the piston before launch, I would have found this and rectified the situation. Luckily, it was still successful. Many thanks to the HOTROC crew in Waco for putting on a successful event! 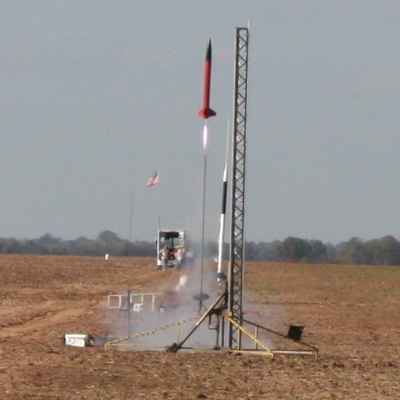 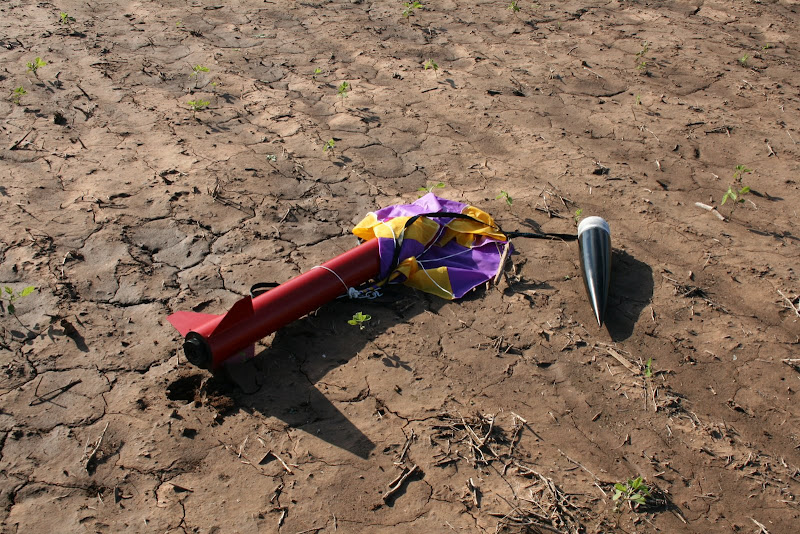 Congrats but I've seen prefects not sign off on that recovery for "not coming in as intended". As the intent was to bring it in under full parachute I can see how they justify their reasoning.

Be that as it may, onwards and upwards to level 2!!!

Thinks for the info. I'm building the same rocket for my L1 too. The issue with the piston will give me something to think about when I get ready to launch.:clap:

Congrats on the L1 chuckpo!

Patch: A little tip on the piston; When you install it, do so upside down(like a cup), this will free up a lot of room for your recovery gear..Still works as intended but gives you that much more room!

Patch: A little tip on the piston; When you install it, do so upside down(like a cup), this will free up a lot of room for your recovery gear..Still works as intended but gives you that much more room!
Click to expand...

It will also provide for a much more stable sliding, less likely to get jammed.

Awesome! Thanks for the info guys

Good thing I tested these paints

Finished up a Baby Bertha today