I passed the L2 written test, with 37/40 correct answers. This part worried me a little since I spent way more time building 3x5 than I did studying the practice test 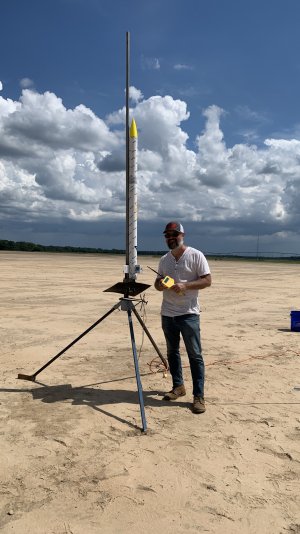 Unfortunately, the certification flight was not successful.

I used a loaned CTI case and a J270-12 reload from Ken with Performance Hobbies.
CSI has a DMS-like ease of assembly.

However, the included e-match failed to light the motor. Second attempt with an “igniter that can light water” succeeded. 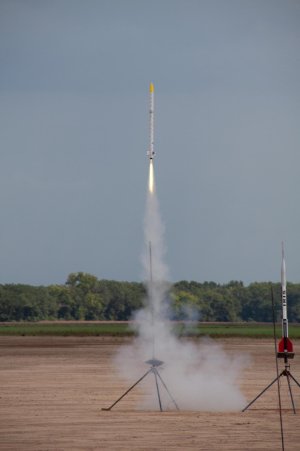 It promptly disappeared into a cloud out of sight. I heard a worrying whistle… then my sister spotted the parachute. Relieved, I set out toward the last known coordinates, which weren’t live-updating. I didn’t realize at first, but the rocket was out of range and the Eggfinder LCD Receiver was not picking up the signal.

Unfortunately the parachute was just the parachute, a nose cone, and a bit of shock cord. But thankfully, the Eggfinder receiver recovered the signal and gave updated coordinates (and altitude—4549 feet—a personal record). 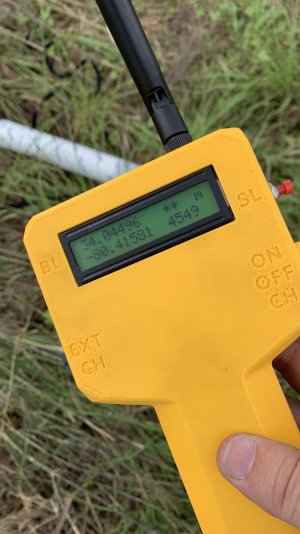 I found the rest of the rocket nearly completely intact despite coming down under a 24” thin mill nylon drogue. Only slight zipper trying to start suggests that the TYVEK tape I wrapped around the end for the purpose was a good call. 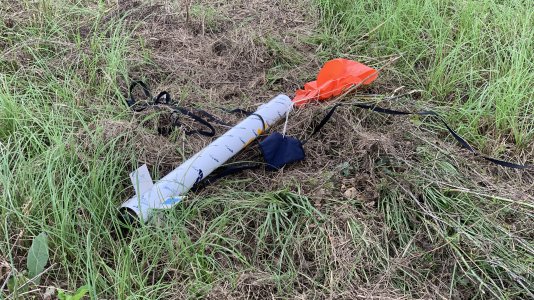 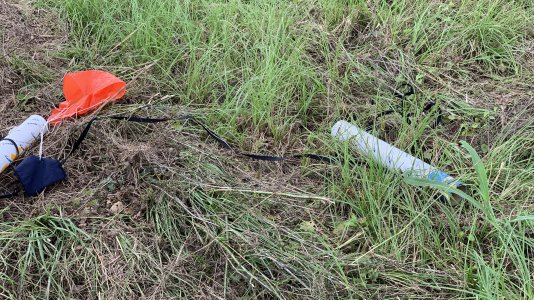 Upon recovering and disassembling Ken’s hardware, I realized the ejection charge malfunctioned and the drogue did not deploy when it was supposed to. I infer from this that the main deployed at ballistic speed and broke away. The resulting yank probably separated the coupler from the lower airframe and deployed the drogue.

I’m so glad I put in a GPS. It landed in a 4ft gully and the terrain interfered with the normal range of the signal.

KEY TAKEAWAYS:
So, I guess now I get to come back in October to try again. At least the written test is done!
Last edited: Sep 3, 2022

I'm glad to hear you got it all back in good shape. You'll get it next time!

We all need a few of those!