Do you lead an oddly fated life?

So, my life is always filled with odd occurrences/things beyond normal chance.

To shorten my backstory, I got fired from my last job at a company that I worked at for 16 years and I felt it was politics and things made up (note I was the most awarded employee at the time).

I then found another job about 7 months later and I'm doing very well (pays more too!).

What the heck happens if you've been fired from a company and then your new company gets bought/joined by that old company? WTH 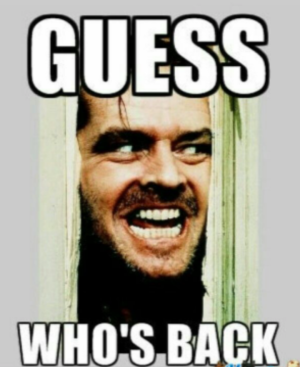 To make things crazier, of the 4 people on the new team that interviewed and hired me, 3 have since left and as each one left, I was given all or most of their job responsibilities. I was hired as a Business Support Analyst, then given the Manager work to deliver, then most of the Director deliverables, now I'm being asked to take on most of the VP deliverables (and all of the Director ones too now since the VP had some)! I don't mind and I think I've been doing very well at them, but I've of course since asked for a promotion (waiting to see what happens).

One of the most important things you'll want to find out is if your accrued seniority at the two, now one, companies is additive/cumulative.

Peartree said:
One of the most important things you'll want to find out is if your accrued seniority at the two, now one, companies is additive/cumulative.
Click to expand...

Actually, what would this affect? The old company used to have a pension, but that ended shortly after I joined, however I did get fully vested...$50 a month after I retire - woo hoo!

Stay the course, see what happens. Careers have a way of twisting and turning and more times than not things work out for the best.

I got fired by the CEO at company "A". They created a "Confidentiality Agreement" a year after I was employed. Everybody in the company signed it but me. I had issues with the wording in the agreement. I won't sign anything I can't live up to, so I stood my ground & they fired me.

Fast forward 3 years. Company "A" had been bought out by Company "B" that sold off all their assets and then filed bankruptcy. The remaining executives formed company "C".

The same CEO that fired me, was now the CEO at Company "C", same building, same guys on the shop floor that I liked working with. I interviewed with the CEO and he hired me (for significantly higher salary) and told me I would not be asked to sign the Confidentiality Agreement.

The corporate Stooges constantly prove that they are kids trapped in adult bodies.