Rather than retype the whole thing just go to YORF to see the nose cone build and get all the info to make your own. 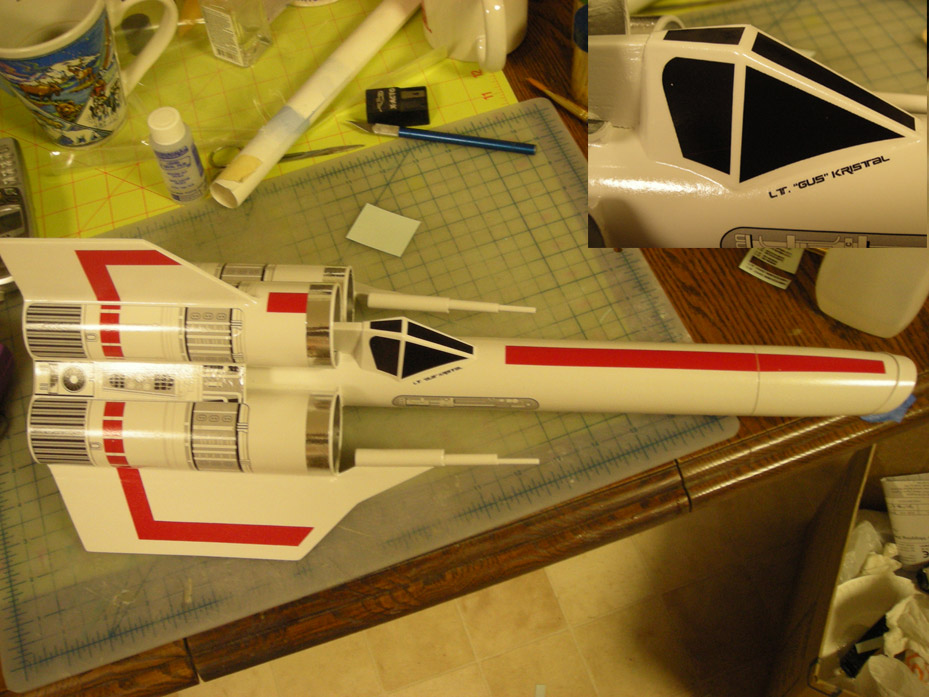 cut-n-paste is your friend... for the text anyway...

then all you have to do is reload the pics... and embed them, if you do that (I don't know how to embed pics in text)

That's what I do when I cross-post build threads... OL JR
K

Not wanting resurrect a long dead thread, but since I finally built and flew my own using Excelsior's decals, I thought it was warranted. Yes, I bought the decals 3 years ago. Yes, I bought the necessary odd sized tubes from Semroc 3 years ago. Yes, all the parts were placed nicely in a box 3 year ago. So, really I didn't resurrect a dead thread, but rather started a new build!

I messed up the length of the engine transitions so I had to do a number on the decals to make it look OK. Since I didn't realize the mistake until decaling, I decided to just go with it.

The nose is loaded up with clay. I don't recall how much but probably 1.5oz maybe more. I am planning on getting an F50 Skid in it. Check back in 2016.

Today its maiden voyage was on an E18-4. It was a very pretty flight with a tiny bit of roll. Looked better than the special effects from the original series!

Excelsior's decals are super thin and easy to work with. For best results, I suggest coating with a clear lacquer and trying to keep the margins as narrow as possible. 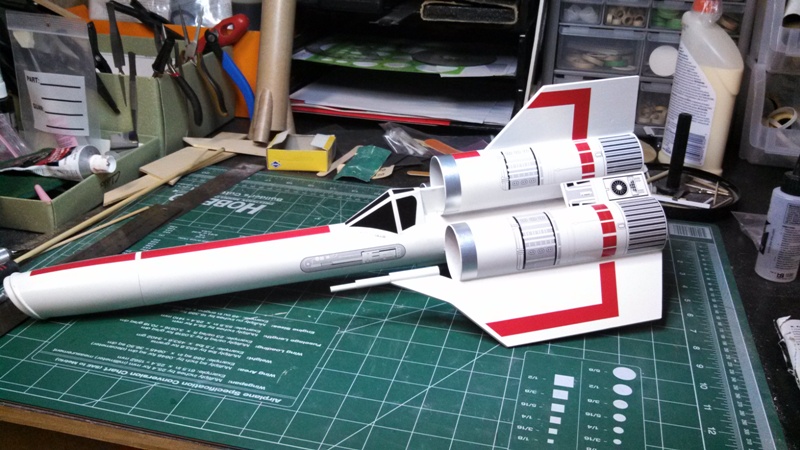 That's really nice!
You must log in or register to reply here.