Funds for the project were diverted secretly from the deep-submergence rescue vehicle (DSRV) program, and the modified submarines were shown with fake DSRV simulators attached to them. These were early diver lockouts. Divers working from Halibut found the cable in 400 feet (120 m) of water and installed a 20-foot (6.1 m) long device, which wrapped around the cable without piercing its casing and recorded all communications made over it. The large recording device was designed to detach if the cable was raised for repair.

The tapping of the Soviet naval cable was so secret that most sailors involved did not have the security clearance needed to know about it. A cover story was thus created to disguise the actual mission: it was claimed that the spy submarines were sent to the Soviet naval range in the Sea of Okhotsk to recover the Soviet SS-N-12 Sandbox supersonic anti-ship missile (AShM) debris so that countermeasures could be developed.

Although created as a cover story, this mission was actually carried out with great success: U.S. Navy divers recovered all[citation needed] of the SS-N-12 debris, with the largest debris no larger than six inches (150 mm), and a total of more than two million pieces. The debris was taken back to the U.S. and reconstructed at the U.S. Naval Research Laboratory. Based on these pieces, at least one sample was reverse engineered. It was discovered that the SS-N-12 AShM was guided by radar only, and the infrared guidance previously suspected did not exist.

Each month, divers retrieved the recordings and installed a new set of tapes. The recordings were then delivered to the NSA for processing and dissemination to other U.S. intelligence agencies. The first tapes recorded revealed that the Soviets were so sure of the cable's security that the majority of the conversations made over it were unencrypted. The eavesdropping on the traffic between senior Soviet officers provided invaluable information on naval operations at Petropavlovsk, the Pacific Fleet's primary nuclear submarine base, home to Yankee and Delta class nuclear-powered ballistic missile submarines.

Eventually, more taps were installed on Soviet lines in other parts of the world, with more advanced instruments built by AT&T's Bell Laboratories that were radioisotope thermoelectric generator-powered and could store a year's worth of data.[2]:189 Other submarines were used for this role, including USS Parche (SSN-683), USS Richard B. Russell (SSN-687), and USS Seawolf (SSN-575). Seawolf was almost lost during one of these missions—she was stranded on the bottom after a storm and almost had to use her self-destruct charges to scuttle the ship with her crew.

Photo by Soviets after they found one of the taps: 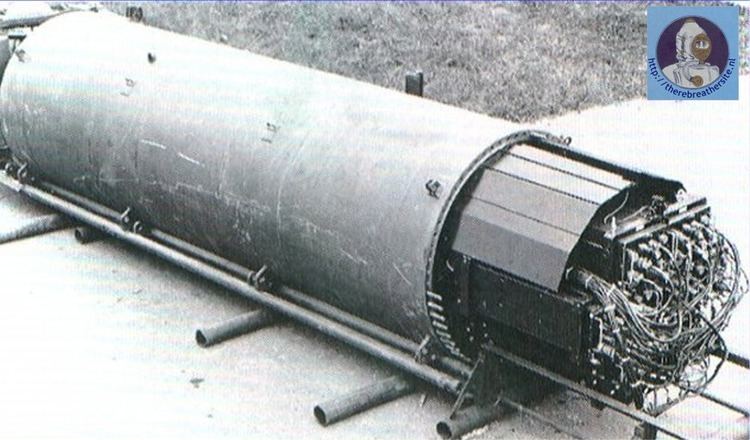 An excellent read if you find it, Man Without A Face about the East German Spy Markus Wolfe, and First Directorate are two more that fill in other aspects of the cold war.

I had a plastic model of the Halibut way back in about the 1960 time frame that had an electric motor, could run on the surface of the water, dive, then surface and fire a spring-loaded Regulus II missile. My modeling skills left something to be desired, but I did get the model to run along on the water's surface. It is somewhat humorous in the drawing that Winston posted that the dome for storing the Regulus II was converted to a room where the scientist worked on this eavesdropping project.

You know I was always told by my co-workers that worked in radiation hardening for strategic missiles to think of the most sneaky way you could compromise your enemy then assume that they were doing it to you.

The ITC Halibut plastic submarine model is out there on ebay. I am not sure what kind of shape it is in. 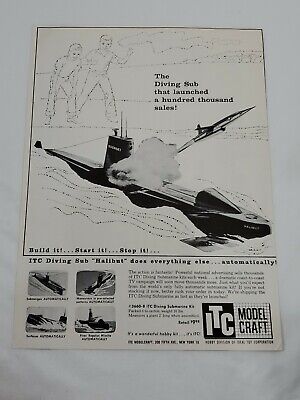