A SMALL ROCKET MAKER IS RUNNING A DIFFERENT KIND OF SPACE RACE
Astra, DARPA's rocket startup of choice, is preparing to launch satellites into orbit in record time

Until speaking with Bloomberg Businessweek, Astra, the three-year-old rocket startup behind the test, had operated in secret, rolling nitrogen clouds aside. The company’s founders say they want to be the FedEx Corp. of space. They’re aiming to create small, cheap rockets that can be mass-produced to facilitate daily spaceflights, delivering satellites into low-Earth orbit for as little as $1 million per launch. If Astra’s planned Kodiak flight succeeds on Feb. 21, it will have put a rocket into orbit at a record-setting pace.

Chief Executive Officer Chris Kemp says he’s focused less on this particular launch than on the logistics of creating many more rockets. “We have taken a much broader look at how we scale the business,” he says.

Going fast in the aerospace business is a rarity and doesn’t usually work out so well. But the U.S. government has made speedy rocket launches something of a national priority, and Astra stands as a Department of Defense darling right now. The Pentagon’s R&D arm, the Defense Advanced Research Projects Agency, or Darpa, made Astra one of three finalists in a contest called the Launch Challenge. The terms: Whichever startup could send two rockets from different locations with different payloads within a few weeks of each other would win $12 million.

Astra is the only finalist still in the running. Virgin Orbit, part of billionaire Richard Branson’s spaceflight empire that’s been working on its rocket for about a decade, has withdrawn from the contest. Vector Launch Inc., the third finalist, filed for bankruptcy in December. That’s left Astra in a competition against itself and physics, which may be why Kemp, a relentless ball of confident energy who dresses in head-to-toe black, is uncharacteristically trying to set modest expectations for the Kodiak launch.

London is the rocket man, a 46-year-old with a doctorate in aerospace engineering from MIT and a talent for calculating drag coefficients and gravity losses in his head. He spent 12 years running a small rocket company called Ventions in the heart of San Francisco. Ventions’s handful of employees focused on miniaturizing rocket technology in their makeshift lab, living on NASA and Darpa contracts and the odd consulting gig. By 2016, London had grown determined to build the rocket of his dreams, but he needed a lot more capital. Kemp and his talent for winning over investors seemed like a good match, so after many chats, they joined forces. “I liked Chris’s enthusiasm, his ability to think about the story, and certainly his network,” says London, the measured counterpoint to Kemp’s bravado.

The rest of Astra’s 150-person team includes some legit aerospace veterans—former SpaceX employees such as Chris Thompson (part of the SpaceX founding team), Matt Lehman (propulsion), Roger Carlson (the Dragon capsule), and Bryson Gentile (the Falcon 9 rocket). But there’s also a large contingent of people who came either from gritty, bootstrapped rocket outfits or from other fields entirely. Much of the engine building has been done by Ben Farrant, a former Navy engine man who’s spent the bulk of his career in the auto racing world tuning vehicles. Les Martin, a launch and test infrastructure engineer, built test stands for SpaceX, Virgin Galactic, and Firefly Aerospace after learning electronics in the Marines. “I didn’t know the first thing about rockets, whenever I got into it,” he says. “But with these startups, you’re involved pretty quickly in just about every single aspect.”

Astra has operated in secrecy partly to avoid being pushed to set unrealistic deadlines. Most of its workers have online résumés that list their employer as “Stealth Space Company,” and there hasn’t been a website. At the former Alameda Naval Air Station, Astra took over a decrepit building used decades ago to test jet engines indoors, which has helped keep its secrecy intact. The facility has two long tunnels that send fire and scorching hot air up through exhaust towers and thick concrete walls capable of absorbing the explosive impacts of tests gone wrong.

This setup has allowed Astra to conduct thousands of runs on its rocket engines without its neighbors noticing much of anything. It’s also meant Astra can put the engines through their paces on-site and make adjustments to the hardware quickly, instead of going to the Mojave Desert or an open field in Texas where other rocket makers typically run engine trials.

Kemp says that Rocket Lab’s going launch rate of about $7.5 million a pop is too high and that the company’s Electron rocket has been overengineered. Instead of using carbon fiber for the rocket body and fancy 3D-printed parts as Rocket Lab does, Astra has stuck with aluminum and simplified engines built with common tools. London’s team has tried to make the Astra radios, igniters, and even the rocket transport vehicle low-cost, high-performing, and easy to re-create.

Alongside its rocket test building, Astra has been assembling a 250,000-square-foot manufacturing facility that Kemp says will be able to churn out hundreds of rockets a year. “Our strategy is to always focus on the bottom line,” he says. “Nothing is sacred. We’re able to profitably deliver payloads at $2.5 million per launch, and our intent is to continue to lower that price and increase the performance of our system.”

To win the $12 million, Astra will need to place a satellite of Darpa’s choosing into the right orbit. The Pentagon agency will then select another launch site—probably somewhere in California, Florida, or Virginia—and give Astra a few weeks to get a fresh rocket to the new launchpad. It would be an incredibly quick turnaround for an industry in which six to 12 months is a typical time span needed to calibrate the specifics around new launch sites and payloads.

Astra has several rocket bodies awaiting the challenge on its Alameda factory floor. Kemp says the company has signed contracts for more than a dozen launches with paying customers, and it plans to create a launchpad in the Marshall Islands to match the one in Alaska. So far, he says, there are no plans to launch directly from the Alameda Pottery Barn. 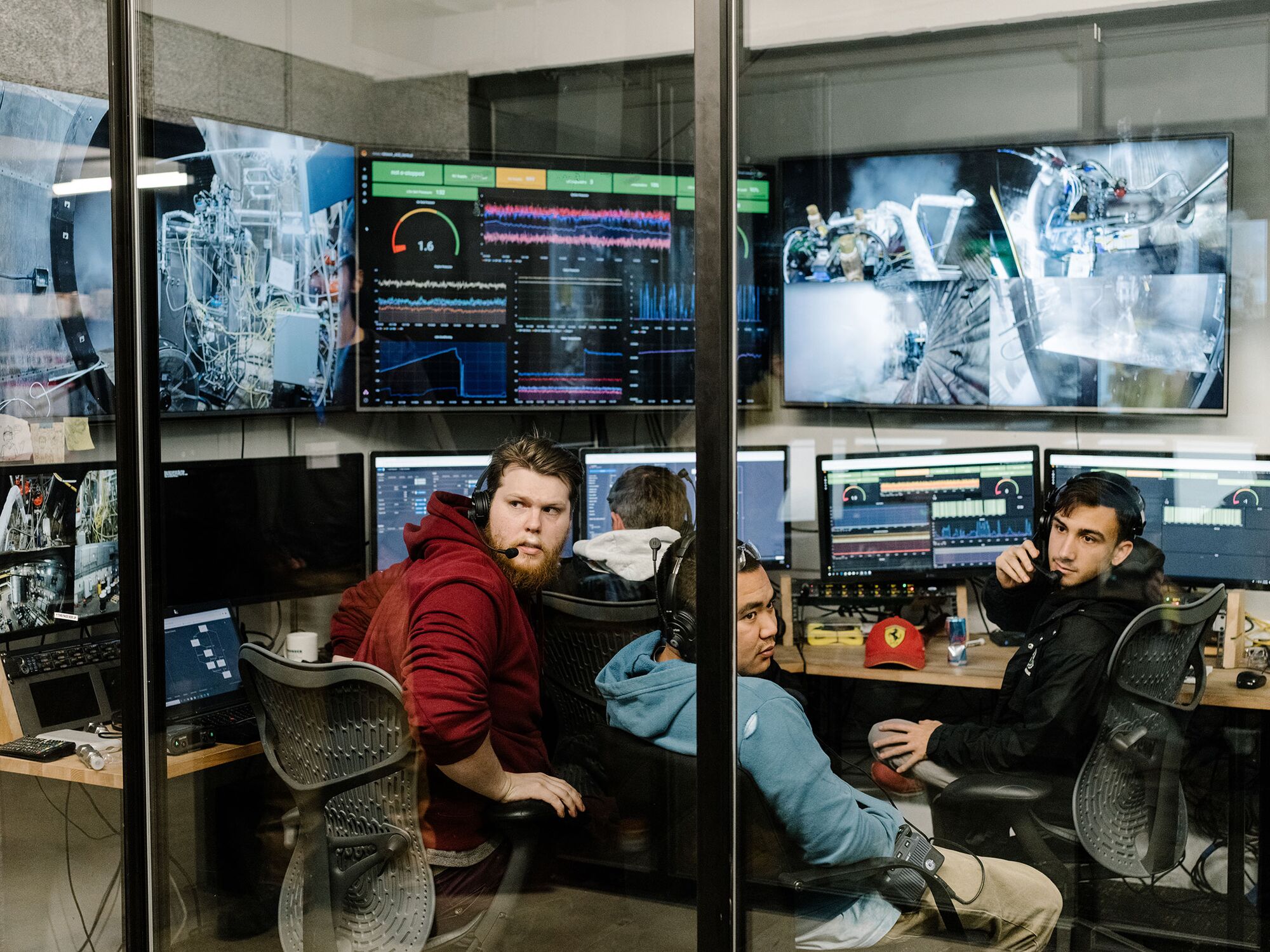 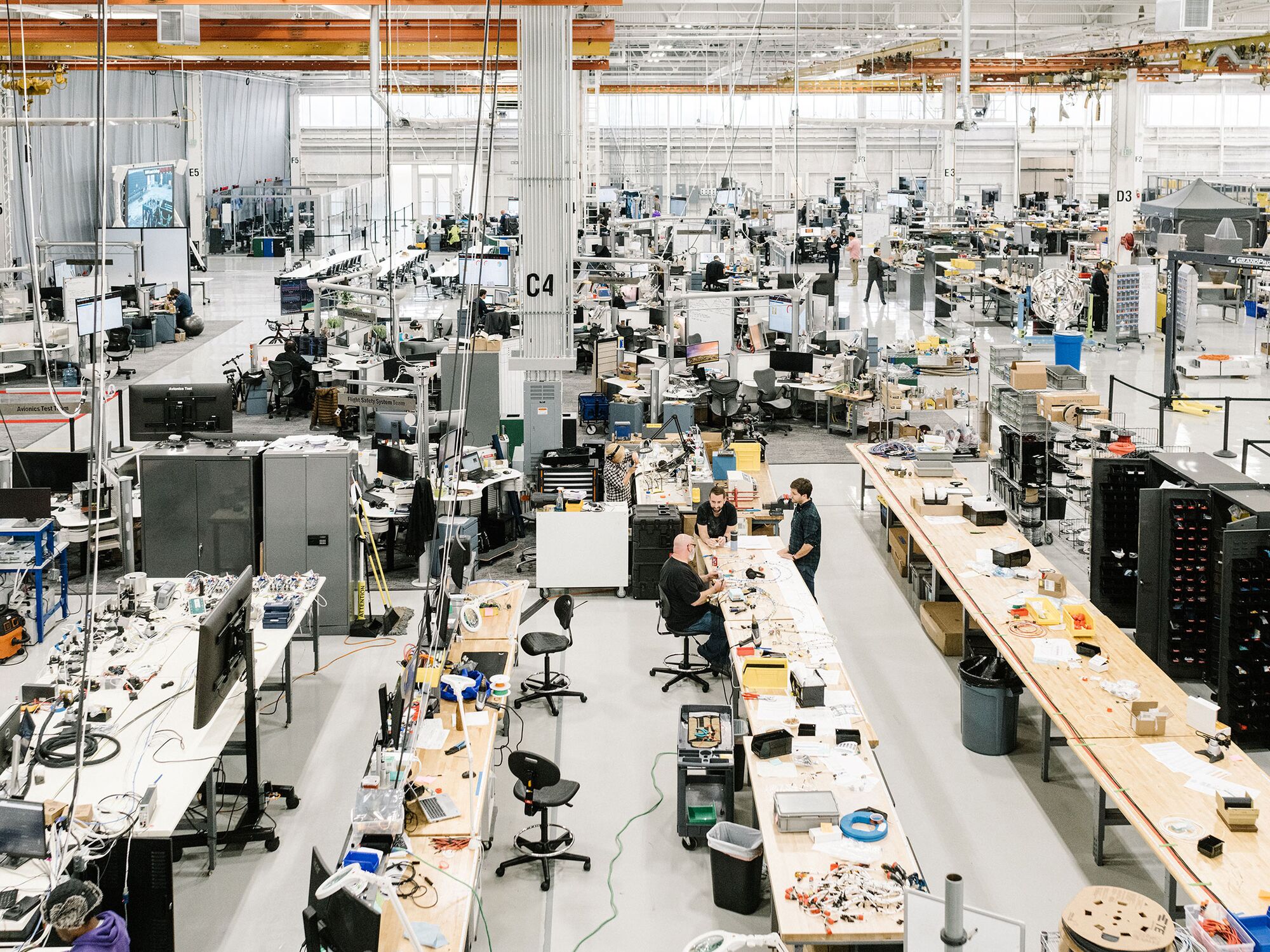