Thank you Tony, great read! I remember the build thread and flight.

This kinda thing is cool and if anyone stays with flying it can eventually happen, albeit on a bit more modest scale to anyone.
What's really great about this case is the planned prospect of flying the project again. (I'd suggest a little more powerful tracker maybe?):wink:

Fast forward to Balls 2017. I'm not having the best of luck with a couple of my flights. I'm just getting back from recovering one of them and Becky yells over "hey Tony I think they found one of your rockets". I've always felt that if I misplaced enough rocket out at Black Rock, someday I might start finding some of them. Anyway, I go strolling over to the LCO table and as I approach I see it! 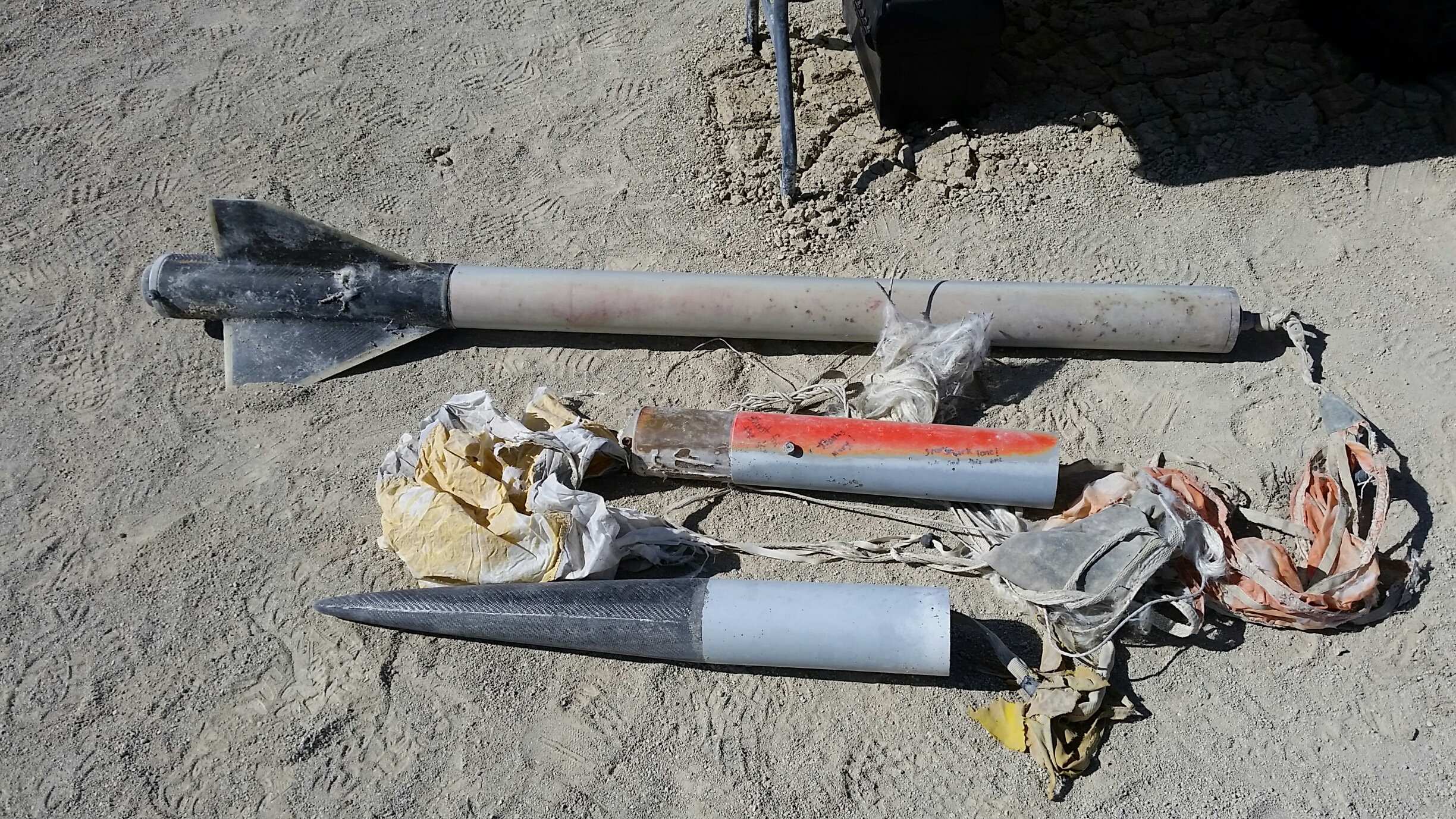 My first thought was..It worked! It was fully intact. I carried it back to camp and looked it over. The chutes and shock cords are now garbage after laying out in the elements for 8 years. I had to use a hacksaw to open up the electronics bay. It looked pretty good. 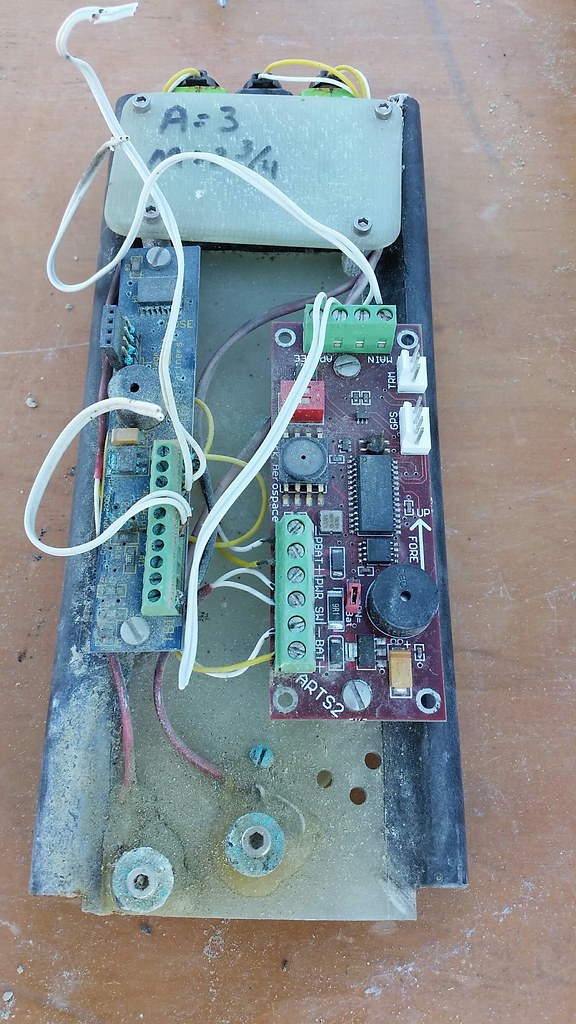 The Beeline GPS is still wrapped in it's foam padding. I realized Greg with Beeline is just a few camps down from me. I take it to him and told him the story. He was amazed that it's is such great shape. He kept it to tinker with it at home. I put the rocket back together and I was a happy camper. 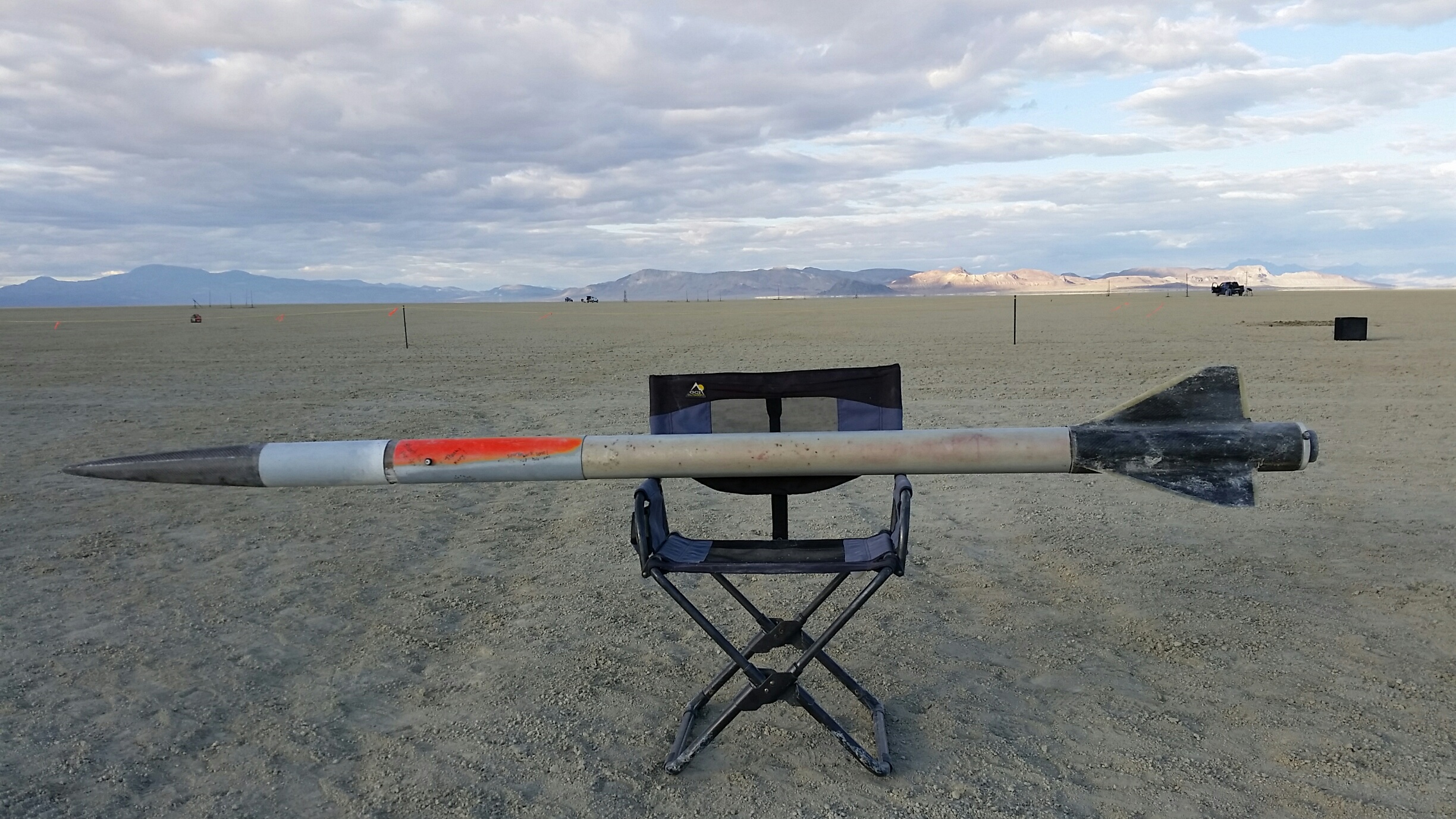 Once back at home I turned my attention to the motor case. The closures came right off as did the fin can. The 2 piece liner slides right out. Status of motor case - usable! The fin can looked great. Status - minor sanding = usable! Body tubes and nose cone - maybe usable. Next up were the electronics. What's the chance of them working? I started with the ARTS 2. I got it hooked up and had issues with the program seeing the ARTS. (which is a very normal issue with them) With just the right turn this on, plug that in and open this up, it connects and downloads the flight data. Next was the G-WiZ LCX. It had some corrosion issues that I cleaned up with electrical parts cleaner and then some denatured Alcohol. Plugged in a battery and....nothing. Not a single beep, no sparks or even that magic smoke that's normally inside these kinds of things. It's dead.

I got an email from Greg with the GPS file. It shows that the Beeline lost signal a few seconds into the flight. It re-acquired at 14,000 on it's way down. It landed 6 miles to the Northeast from where it was launched. The ARTS data was just under 41,000 feet mach 2.3 and 20G's with a nice burn profile. 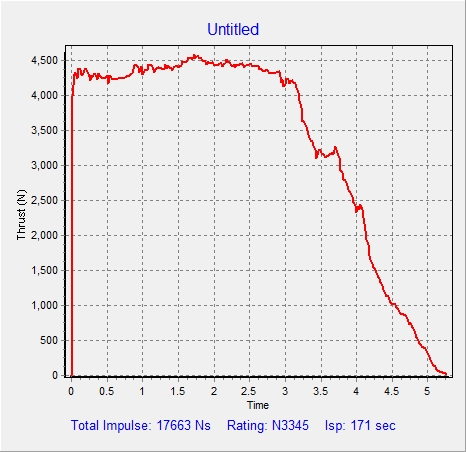 So, What did I learn? #1. Don't give up so fast on the tracking. We may have been preoccupied with 'poor us', and should have continued tracking for several minutes longer then we did. #2. Things are not always lost! Sometimes they are just Misplaced!

I want to thanks the Alaska Crew for finding it and especially Nick, for not thinking it was "Playa Junk" the second time he walked over it!

PS..Look for the second flight of this Rocket at Balls 27?

Grains for this years flight! 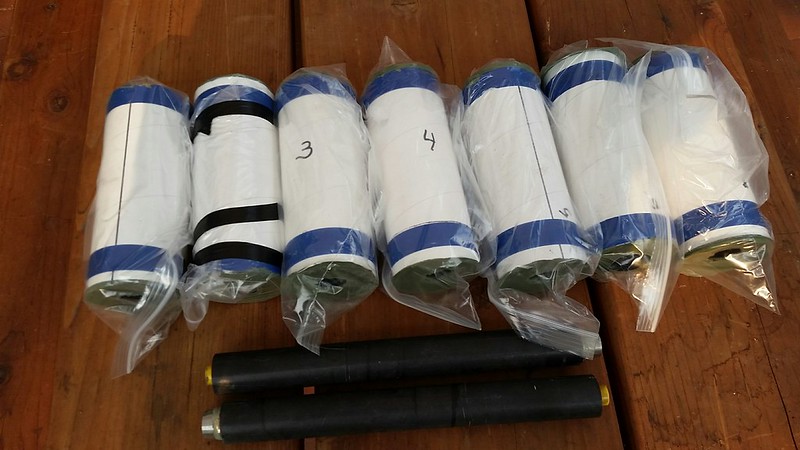 Very cool Tony, thanks for sharing the update. That’s a very cool photo!

It was a great flight! Glad you found it.

Personally I think there is at least one more flight left in that parachute.

Sometimes the lost do return.
I was there when it was brought in after the long absence and for this latest great flight.


Many Years ago I wrote this about rocket graveyards
M

I believe there are special places where the rockets go when they are lost. I have a vision of places downwind, maybe east of Lucerne, or in a big stand of trees between the corn fields of Kansas, or past the dunes at Black Rock, where there is a fence with all the lost rockets caught in it.

On the bottom dissolving into the soil are the LazerLocs with the wooden nosecones, the fiberglass casings of Tealing, Vulcan and Aerotech motors unwinding as the sun bakes the epoxy out of the glass. Higher up there are the Dynacom Scorpions, starting to have reloadables, a Kosdon or maybe a APS case with its purple faded away on the parts that cannot hide in the shade. There is a BlackSky Optima that has a place there, inside a Timer2 that did its job but was too high and was taken by the winds aloft. Spray can paint jobs give way to those done by pros in body shops. Up through the layers I see altimeters starting to appear, Rocketman chutes, AMW cases, video cameras, the GPS systems that lost their satellites, and beepers that have long ago fell silent. As I near the top of the pile I see hybrid motors, long and lean, never to make that rumbling sound again.

I stand here I look up into a strong wind from the west, out of the sun is another coming to join this special clan, carbon fiber glistening in the sun, the main must have deployed at apogee, the only way anyone gets here these days. It lands short of me; the wind drags it by to become entangled in the fence with the others. I know miles away someone is looking for this beauty, I could pick it up and return it to the RSO table to be greeted by its smiling owner who will listen to the beeps, brag about the altitude, download the video and show it to the guys at work. But I walk away; this rocket is where it belongs, to become another page of the history of the hobby that most who launch now do not know of and would never understand.

There is one of these places at every launch site, just over the next hill, past the place the strongest walkers stopped, scanned the horizon, kicked a termite eaten centering ring out of the ground and said, " never could have gone this far" and turned around.

Nice flight sir, 49K is WAY up there.

Great flight Tony . Im glad the case has gotten good use .
B

MClark said:
I believe there are special places where the rockets go when they are lost.
Click to expand...